How Northrop Grew its Teeth; The N-102 Fang

The decade following the Second World War saw a veritable explosion in aircraft capability as new technologies matured enough to become viable in combat aircraft. Jet engines, improved understanding and testing of aircraft aerodynamics, the continued miniaturization of more powerful radars, not to mention the developments made in nuclear weapons meant that the expense of aircraft rose dramatically.

This was a particular concern for European nations, still recovering from the damage wrought by the war but now also having to face the prospect of maintaining modern and well-equipped militaries to counter the threat posed by the Soviet Union and the Warsaw Pact.

As a result, several European manufacturers explored the idea of building a modern “light weight fighter”. These would be cheap to both build and operate, allow air forces to bulk out their numbers without breaking the budget but be capable of holding their own, especially with the greater numbers their cost would allow to be built. 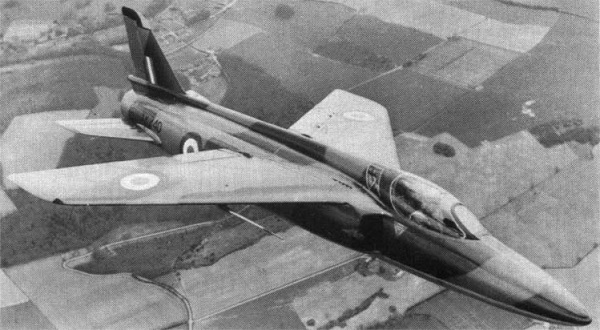 This wasn’t a new idea and despite its appeal had never been particularly successful. The compromises aircraft built to the concept made in performance, firepower and protection generally made them too inferior to standard fighters to really be worth a lot tactically. But the rocketing costs of fighters in the early 1950s meant that it did seem to be a very favourable option. In fact, NATO issued a specification in 1954 for the selection of a light fighter for use by the alliance.

Across the Atlantic, however, priorities were somewhat different. Here finance was far less of a concern, and the United States Air Force was lavish in its funding of aircraft and test projects, constantly seeking to acquire the very best possible. As a result, most US manufacturers were more than happy to build increasingly complex and expensive concepts and aircraft.

But the United States were starting to appreciate that the specialist aircraft they wanted and were buying weren’t necessarily suitable for their allies in Europe and Asia. What would really jump start their interest was a proposal from Lockheed for a lightweight fighter that would put performance above all over considerations – the aircraft that would ultimately become the F-104 Starfighter. 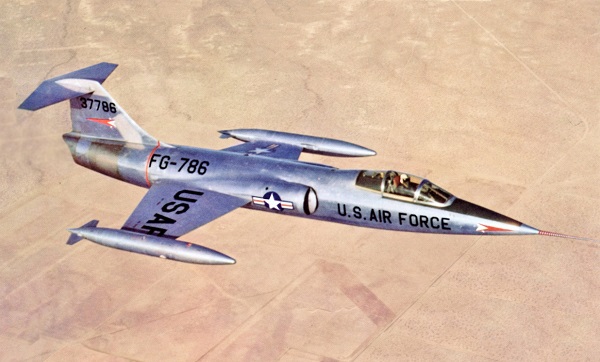 When presented with the concept for the F-104 in November 1952 the USAF were impressed and issued a requirement effectively for that aircraft. But though the specification was written for Lockheed, it still had to be issued generally and several companies responded with proposals.

One of these was Northrop.

Northrop was a comparatively small fish in the American aeronautic pond at the time, which is to say by global standards they were pretty big. But in the US, they were predominantly known for their experimental flying-wing bombers and their night-fighters, principally the P-61 Black Widow of World War Two fame and its successor the F-89 Scorpion.

These designs were somewhat different from the supersonic lightweight fighter that the competition called for. Instead, they were more sedate designs aerodynamically, with their emphasis on complex electronics, radars and weapon systems for hunting intruders in the dark.

So, competing against Lockheed, who obviously had a huge development advantage in selling the idea in the first place, may seem something of a forlorn hope. But the evident sales prospects of the new aircraft certainly made it worth a shot.

And Northrop had just taken on the perfect man to come up with something that, they hoped, would counter Lockheed’s advantage in the competition – Edgar Schmued.

Schmued had moved to Northrop from North American Aviation in August 1952 and taken the role of Vice President in charge of engineering. If you don’t know who Edgar Schmued is, he designed the P-51 Mustang. And the F-86 Sabre. And the Super Sabre. And a bunch of other stuff.

In response to the challenge Schmued assembled a team and development of their proposal began in December. 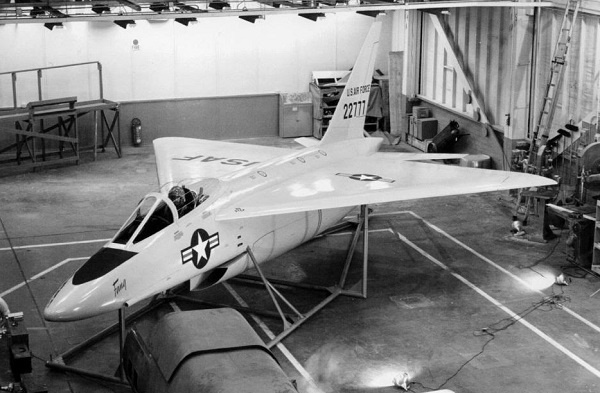 This was envisioned as a single engine tailed delta that would primarily be designed as a Mach-two capable day fighter with some attack capability. Initial sketches indicate that Northrop at first considered using a butterfly tail, but the subsequent mock-up and artwork shows they altered the design to use a single large vertical stabilizer.

The Fang would have been extremely small and light, with a projected weight of only around 10,000 lbs (4536 kgs). The shoulder mounted wing would have had an extremely thin section and provided about 50% more wing surface than the F-104. 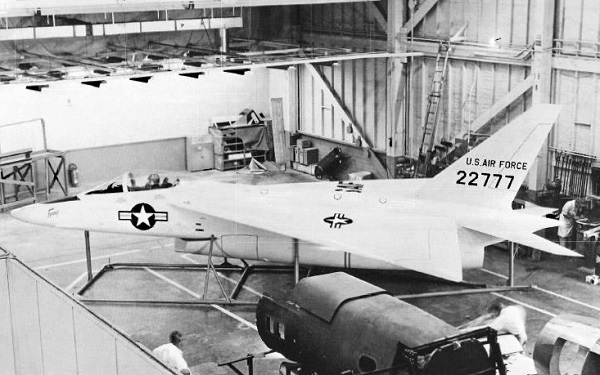 The engine location and intakes were also somewhat unusual. These were mounted low in the fuselage, with the intake being under the aircraft in a configuration similar to that of the later F-16, itself developed as a lightweight fighter. 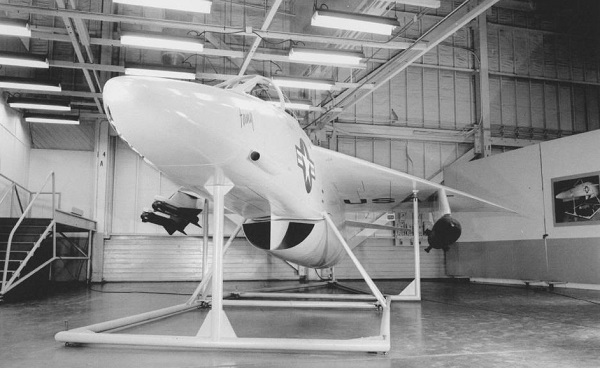 The single engine was projected to be either a Wright J65, a Pratt & Whitney J57 or (the most likely fit) a General Electric J79 which was the same engine as would be used in the F-104 and F-4 Phantom.

Various armament fits were considered, but had the Fang seen production it likely would have been fitted with the Vulcan 20mm rotary cannon that still is a standard weapon in US aircraft to this day. 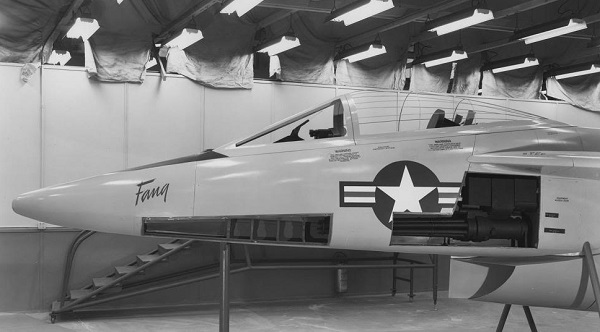 Wing hard points for rockets and missiles were also apparently intended to be fitted, though exactly what sort of ordnance these would have been capable of carrying is speculative. 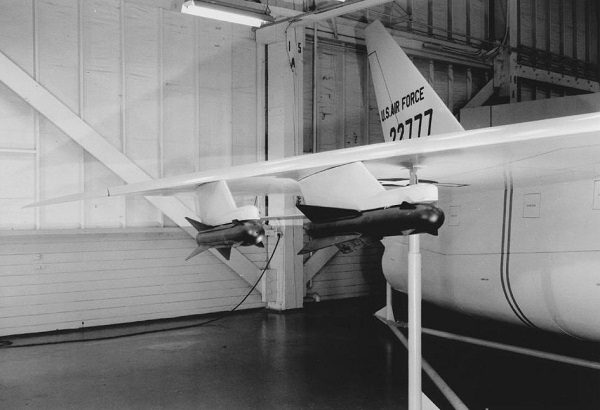 Northrop put their proposal to the USAF in 1953, and this was followed up by the building of a full-scale mock-up in 1954. Northrop also completed design studies on building a two-seat variant as a trainer aircraft.

However, the Fang was never to be. Lockheed’s F-104 Starfighter design was already in advanced development and as the USAF essentially designed the specification around the aircraft they were building, it was pretty much a done deal from the beginning.

But that does leave us with some interesting thoughts on “what-if” and also on a legacy from the Fang that largely goes unremembered.

We can but speculate on how the aircraft would have performed, but an interesting piece by designer Jim Smith in Hushkit gives some insight.

In his opinion, the Fang would likely have had better turning performance than the F-104, plus probably would have had good climb and acceleration. 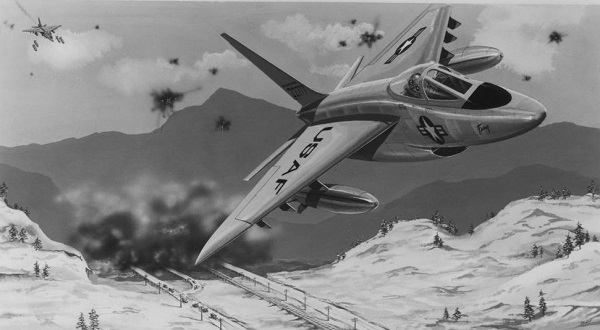 In fact, it seems likely that the Fang – barring any significant issues in the design had it actually got into service – would have been an interesting compromise in features between the two aircraft that would have rivalled it: the Soviet MiG-21 and the French Dassault Mirage III.

One wonders also if it would have suffered from the same unflattering reputation that the F-104 Starfighter – rightly or wrongly – acquired as a “widow maker”. The issues with the F-104 are still subject to historical debate and review, but one wonders if the Fang, with its lower wing-loading, may have suffered less had it gone the same route as the F-104, from high-altitude interceptor to low-level ground attacker.

As said, this is all speculation.

But what isn’t speculation is the impact that the N-102 Fang did have.

Having now got the bit between their teeth when it came to building a light fighter, Northrop set out to design the aircraft that customers around the world wanted. In 1954 they dispatched a team to US allies, narrowing down the requirement to a cheap, capable, light weight and easy to maintain multirole aircraft.

Then their design team, many of whom had been recruited to work on the N-102, set about under Edgar Schmued developing a new fighter bomber that best fit those requirements whilst drawing from the lessons learned from the Fang project.

The new aircraft was company designated as the N-156. It’s probably better known by its production names – the F-5 Freedom Fighter and Tiger II, the latter of which is still in front line service with several countries today. 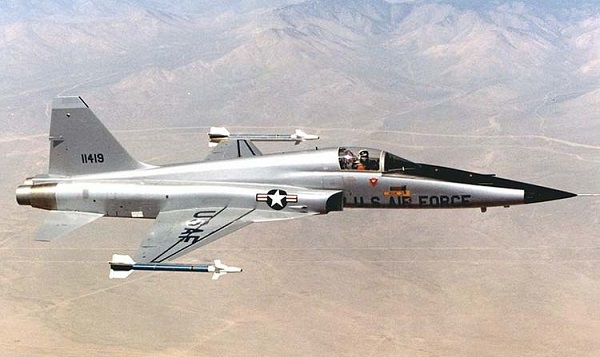 So, though the Fang didn’t get to be more than a concept, it certainly had an impact.