In the late 1970s, President Carter of the United States was concerned about a possible arms race involving high tech fighter aircraft between allies of the United States and the Soviet Union. If you want to know more about this situation, I cover it more fully in my articles on the F-16/79 and Northrop’s F-20 export fighters, so I won’t cover it again here.

But in summary, Carter’s policy was a failure. The Soviet Union had no intention of playing nice and continued to supply advanced weapon systems to friendly regimes.

Cut off from America’s latest aircraft and concerned about being outclassed by neighbours who now where flying more advanced Russian aircraft, Western orientated nations began to look for alternatives. And many of them found France was more than happy to help them.

French fighters had proven stalwart performers for decades, were in widespread service globally and, most importantly, were available for sale. Dassault, France’s primary combat aircraft producer, moved quite happily to fill the hole in the international market that the withdrawal of American fighters had created.

Principal amongst these exports was the Mirage F1, which ended up serving with a host of countries in a variety of configurations. But what many buyers wanted was a thoroughly modern aircraft, comparable to the new American F-16 and F-18s that were just entering service with the United States Air Force and Navy respectively. 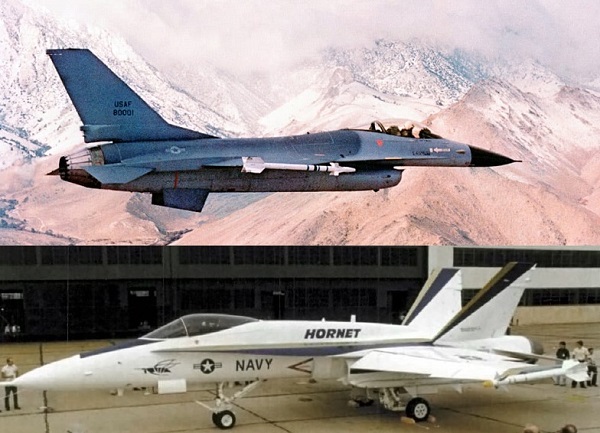 At the same time the French Air Force was in the throes of trying to acquire a new multirole fighter to replace the Mirage III. Several projects had ground to a halt in the face of excessive cost projections, and in 1976 the French government decided to go with a backburner proposal that Dassault had been working on. This was for a low-cost (comparatively) yet highly capable aircraft – the Mirage 2000. 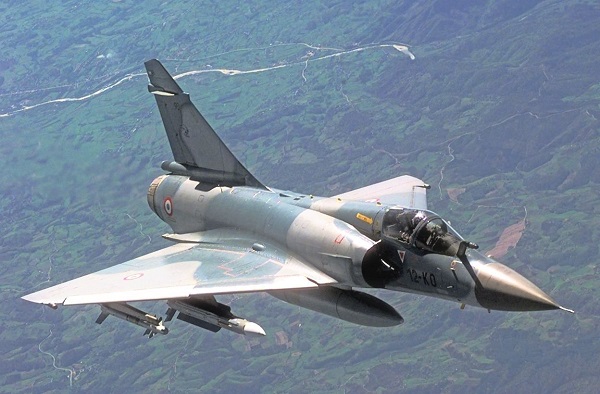 With the F-16 and F-18 off the table due to the export restrictions and suspicion on the actual capability of the proposed export fighters that would be offered, many countries began to look seriously at the Mirage 2000 as it proceeded through its development cycle in the late 1970s.

But while many countries wanted the cheaper option of the single engine multirole fighter as represented by the new Mirage and the F16, some wanted a lot more. And they’d pay for it.

Hardly surprising, I’m talking about Saudi Arabia and Iran under the Shah.

Both these countries wanted new fighters. And not just anything, they wanted the very best.

Iran had just taken delivery of eighty brand-new F-14 Tomcats, but they still wanted additional modern aircraft to continue updating their Air Force. They, after all, had the Soviets next door and sat on huge oil wealth.

The Saudi’s wanted the very latest to counterbalance Israel’s purchase of new F-15 Eagles, as well as the military buildup in their northern neighbour, Iraq.

This country was now under the sway of a new strongman – some guy called Saddam, you might have heard of him – and enjoyed a close relationship with both the Soviet Union AND France and was purchasing large numbers of modern aircraft.

Both Iran and Saudi Arabia were disconcerted by the new American export policy and so Dassault saw an opportunity. At the same time as they were developing the Mirage 2000 for the French Air Force and to compete for sales that may have gone to the F-16-and-18, they could also build a larger, more capable twin engine variant that would be equivalent to the formidable F-15 Eagle. 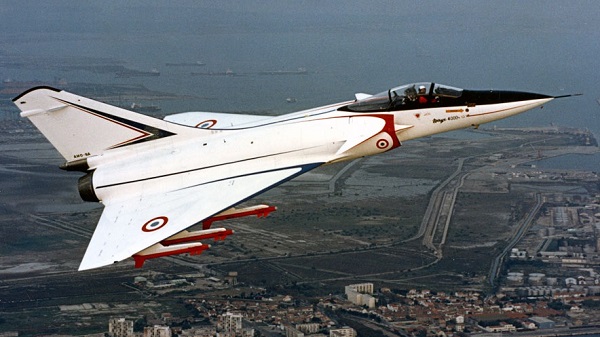 Dassault would have to fund the project themselves, as the French government didn’t have a requirement for such an advanced aircraft and was happy to stick with the Mirage 2000. But both the Shah and the Saudi’s were very interested and gave indications on that fact, with the Arab kingdom indicating they may require one hundred of the new aircraft.

This interest seems to have softened the attitude of the French government slightly, and in 1978 they gave permission for the prototype Mirage 4000 to use SNECMA M53 from the Mirage 2000 program that were the property of the French MOD.

With these engines both producing 21,400lbf in afterburn, the Mirage 4000 was fast, having a thrust to weight ratio of greater than one-to-one. When the prototype first flew in March 1979 – one year after the Mirage 2000 – it demonstrated great performance. 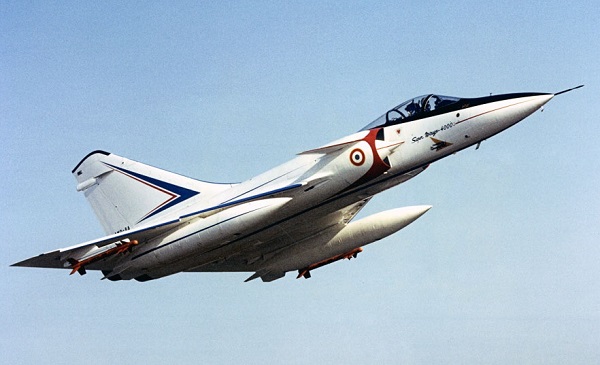 On its sixth test flight in April that year it passed Mach 2 and subsequent flights proved that the aircraft could maintain that speed continuously for periods longer than many contemporary fighters. Dassault state that the aircraft’s top speed was Mach 2.2.

It’s easy to look at the Mirage 4000, with its delta-wing and air intake arrangement and think it was just a bigger, twin engine -2000. But it represented quite a bit more than that. 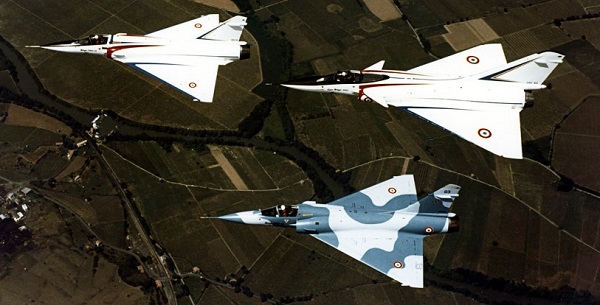 The -4000 carried three time the fuel load of the Mirage-2000, giving it greater range and combat sustainability. It was also expected to be not just a formidable fighter and interceptor, but also a highly capable ground attack aircraft. Though often quoted to be competition for the F-15A air superiority fighter, the -4000 was more akin to the later F-15E Strike Eagle in terms of capability as a multirole aircraft.

The aircraft’s payload reflected this. Carried on eleven external hardpoints, the Mirage 4000 had a maximum payload of eight metric tonnes – about 18,000lbs – and was projected to be able to carry a vast array of weapons including current and future advanced air-to-air and air-to-ground missiles, designator pods, rockets and both smart and dumb bombs. This was backed up by two 30mm DEFA cannon with 125 rounds per gun. 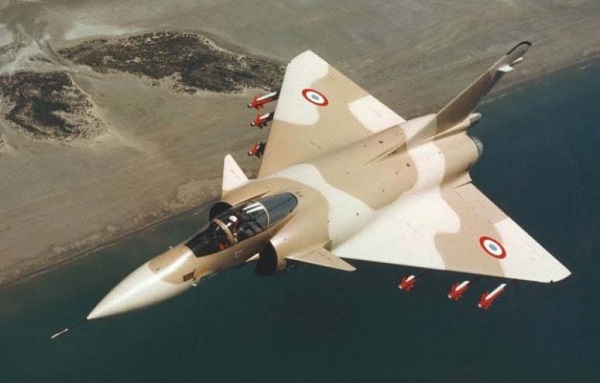 The aircraft also utilized composite materials throughout, which Dassault claimed would provide excellent resistance to fatigue. It was also the world’s first aircraft to have a fin made from a carbon-coated composite which doubled as a fuel tank.

The aircraft also, in contrast to the earlier Mirages, had a full bubble canopy for maximum visibility for the pilot, as well as two canards above the engine air intakes. In terms of its radar, the prototype was fitted to carry the new RDM that was going to be used on the first of the Mirage-2000s, and it was expected to upgrade to more capable RDI-and-Y radars that were then in development in due course. 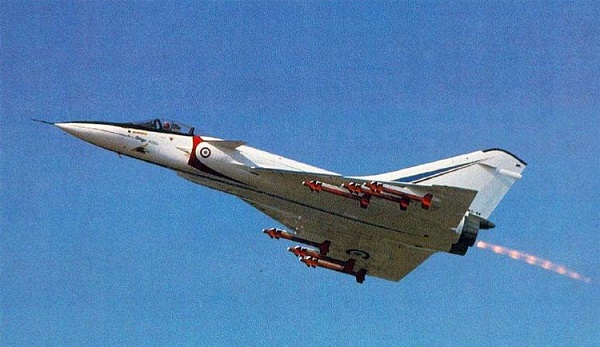 All in all, the Mirage 4000 had a hell of a lot going for it. To be honest, had it got orders from foreign buyers that had got it into production it is possible that the French Air Force may have considered it. Indeed, there are reports that the French considered purchasing fifty to replace the Mirage IV in the nuclear strike role.

But this all came to naught when circumstances changed. For a start, the Shah of Iran was deposed, and that country became an Islamic Republic that has been a pariah ever since. No chance of selling them the Mirage 4000.

And then in 1980, President Reagan was elected in the United States. He rapidly changed the export policy, and in 1981 the Saudi’s bought F-15C and Ds as their prime air defence fighter. This left Dassault with a high-end and extremely expensive product that no one was willing to buy.

Demonstrations continued to be staged, which were extremely impressive thanks to the Mirage’s fly-by-wire controls, but in 1983 the sale attempts were halted, and the aircraft grounded. This lasted for a couple of years when interest suddenly perked up again.

The Saudi’s purchase of advanced American systems had caused controversy with the pro-Israeli faction in the US Congress and, somewhat alarmed at the possibility of being cut off once again from American supplies, the Sheiks decided to diversify their military hardware stocks. Again, Dassault rolled out the -4000, now in a rather fetching desert camouflage, and sales efforts resumed. 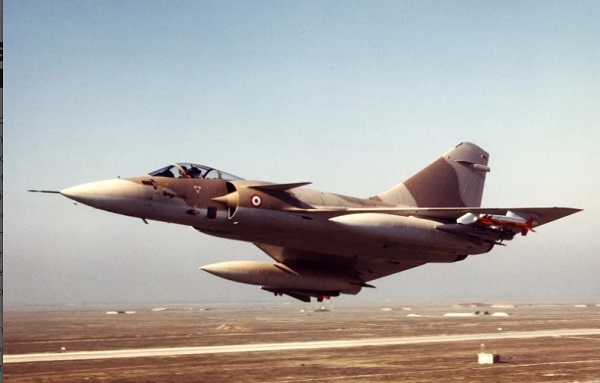 Unfortunately for them, they were beaten to the punch by British Aerospace, who sold a number of Tornado strike and fighter aircraft to the Saudis in the huge Al-Yamamah arms deal.

This proved the last gasp for the Mirage-4000. The aircraft flew for a couple more years, often as a technology demonstrator and chase plane for the new Rafale fighter that was being developed for the both the French Air Force and Navy.

The single prototype made its final flight January 8, 1988 and now resides, repainted in its original test colours, at the Musée de l’air et de l’espace just outside Paris.