The ornithopter is a type of aircraft that, largely thanks to a recent film, has been getting a fair bit of attention. 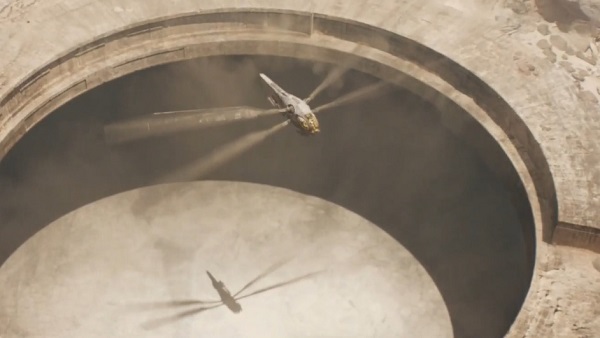 An ornithopter seeks to achieve flight by flapping its wings, mimicking the motion and method that flying creatures use. In many of the early attempts at flight, this aimed to replicate the action of bird’s wings. No doubt this seemed logical to these early designers; birds, after all, where flapping around all over the place quite happily. 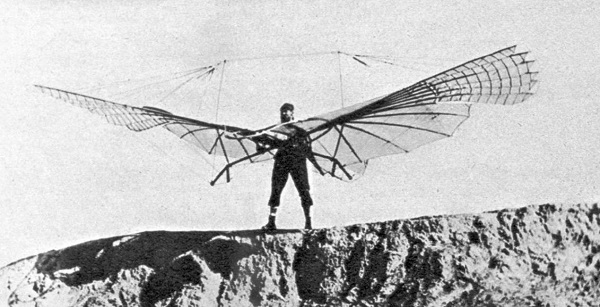 But in practice the principle proved difficult to copy by mechanical means in manned aircraft and so aero engineers settled on the fixed wing that provides lift while locative power is provided by other methods. As a result of this logical design course, the ornithopter became a feature in science fiction; a development for the distant future where mankind’s knowledge and expertise allowed us to replicate a natural wonder.

And these imagined aircraft tended to be modelled on insect motions, giving them a very different appearance and motion from conventional aircraft and suitably other worldly and advanced to be immediately different from the aircraft we are currently used to seeing flying about. Indeed, the aircraft used in Dune are recognisable as being based off Dragonflies – a logical choice considering that insect’s amazing flying agility.

But while we might think such designs are very much the realm of science fiction, I strongly suspect that what inspired Frank Herbert wasn’t the insects themselves, but an actual aircraft. 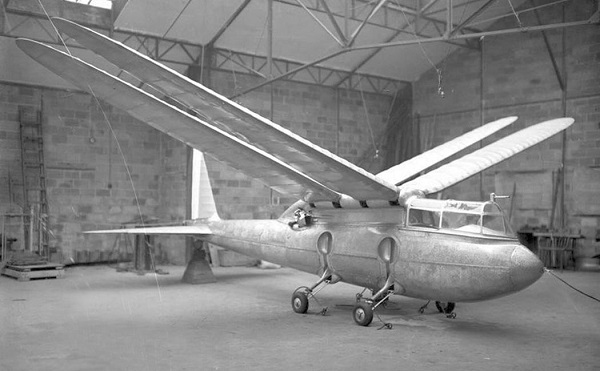 And the history of this aircraft goes back a surprisingly long way.

Its designer, René Louis Riout was granted a US patent for such an aircraft in 1911 and first attempted to build a manned ornithopter in 1913. This, the DuBois-Riout, was delayed by the outbreak of the First World War and then lost in an accident in 1916.

Riout would go on to work on more conventional designs for the next twenty years for various aero companies. But he continued to work on ornithopter ideas, including working scale models that ultimately evolved into a four-wing design.

The Riout 102T Alérion was a single-seat ornithopter which had a cigar-shaped fuselage which was built of welded stell tubing and skinned in aluminium. The tail was conventional, but the propulsion and wing form certainly weren’t. 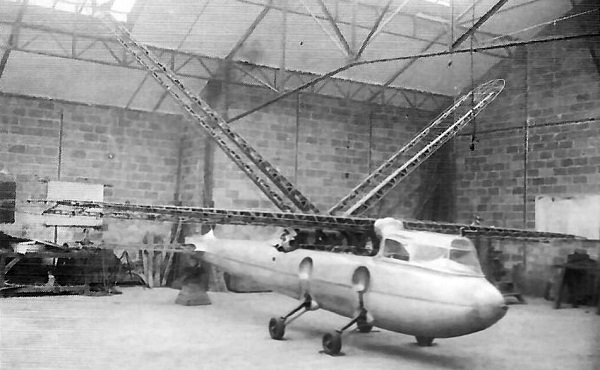 Behind the cockpit were two pairs of flapping wings, which were fabric covered and driven by a fly wheel, which in turn was powered by a JAP air-cooled engine that notionally produced 75hp. The enclosed cockpit was in the nose and the four-piece undercarriage retracted up into the side of the aircraft. 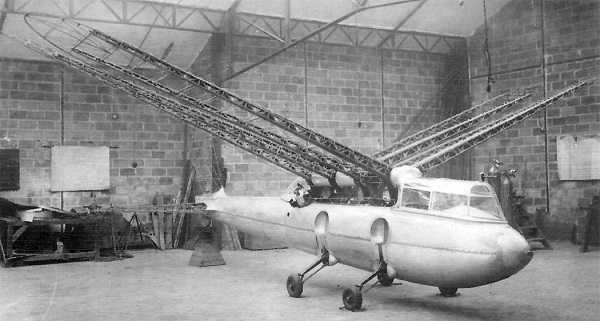 For forward motion the wings were warped, with the rear of the aerofoil tilting.

I mean, for 1937, this seems pretty advanced to me; though as I’m sure you can guess, too advanced as it turned out.

The -102T was completed quite quickly however, with construction being completed at the Bréguet factory by late 1937. After some preliminary testing the aircraft was transported to Chalais-Meudon in early 1938 for wind tunnel trials to assess how the novel design held up. 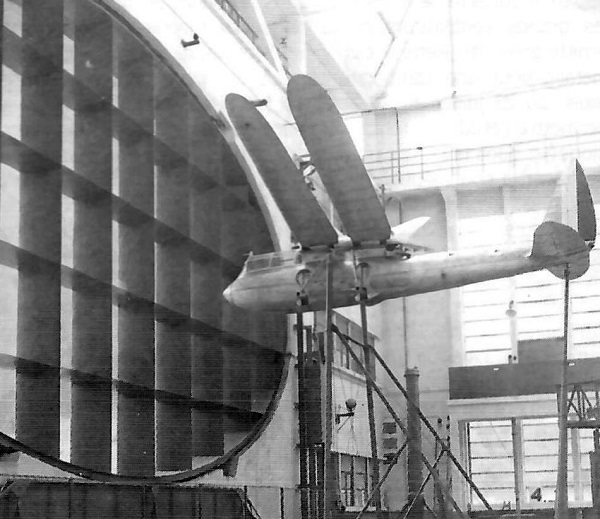 These initially were conducted in two-minute increments just to see how the wings held up, firstly stationary and then in actual hover. This gradually increased until the aircraft demonstrated the ability to maintain its wing structure in twenty minutes of continuous running, the only issue being that the engine was not producing it’s specified power. But things were promising enough that it was decided to test the wings in their twisted configuration to simulate forward propulsion.

On 12 April 1938, the -102T conducted a wind tunnel test with a replicated forward velocity of 81 mph (130 km/h). Things went well initially, but when the engine speed was increased to 4,500 rpm, one wing collapsed, rapidly followed by the other three. 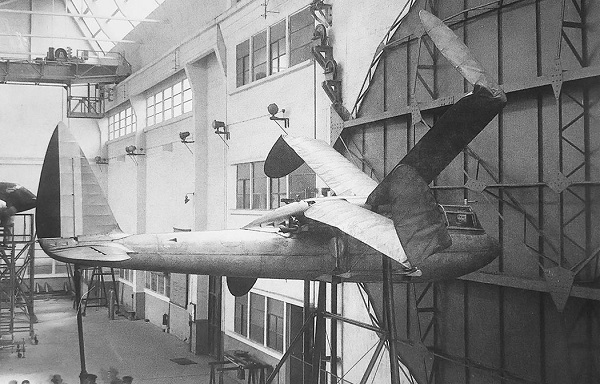 By this point the ornithopter had three hours of wind tunnel time and had, until the wing failure, been satisfactory. Riout had already made plain his wish to build an improved and strengthened wing design for trialling, that might well have solved the issue.

Unfortunately, the French authorities had other issues on their mind at the time. In March 1938 the Anschluss joining Austria and Germany had occurred, and as the -102T was undergoing its testing the Sudetenland Crisis was beginning.

The French were rapidly realising that they needed to get every available aircraft possible into the air, and that meant funding and resources for esoteric projects like the -102T were not going to be available.

War, it seemed, doomed a second of Riout’s ornithopter projects and the aircraft was shelved.

But here there is some good news.

Considering how many of the prototypes of the time were either scrapped for their material or else destroyed during the fighting, the Riout 102T actually survived, minus its wings and outer skin, and is currently kept at the Espace Air Passion Musée Régional de l’Air in Angers, where I believe, it is hoped to restore it one day.