The French military in early World War Two have a somewhat unfortunate reputation, largely due to their rapid defeat in 1940. Much of this is attributed to faulty doctrine and equipment designed to incorrect assumptions about the developments occurring in military technology and theory.

While essentially correct it’s easy to overlook the fact that most countries also made mistakes in their military thinking at the same time. It also ignores the fact that French society as a whole had never really recovered from the horrors of the First World War and it was probably this factor that played the most significant part in the French surrender.

But that’s a discussion for another time.

The disparagement of the French military of 1940 is often seen lavished on the aircraft that the French Air Force flew in those first months of the war. Admittedly, many of France’s front-line aircraft did leave something to be desired in comparison to their German opposites.

But the French did have some good aircraft and, perhaps more importantly, some very good ideas as regards to future combat requirements.

And this little beauty is a good example. 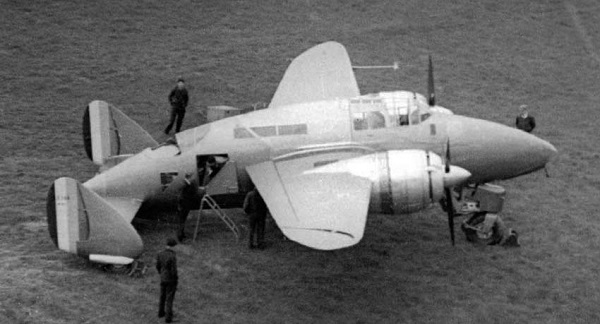 Don’t be fooled by its similarity to Dory from “Finding Nemo”, or that it might have served as the inspiration for Thunderbird Two. Because the S.E.100 had the potential to be a remarkable aircraft, especially considering the dates and thinking behind it.

Intended to replace the Potez 631 heavy fighter, the S.E.100 evolved from an earlier design that was recognised as being too lightly armed and with inadequate engine power. In 1937 the designers went back to the drawing board and recreated it with more powerful engines and armament and in April 1938 construction began of the prototype – the S.E.100-01. 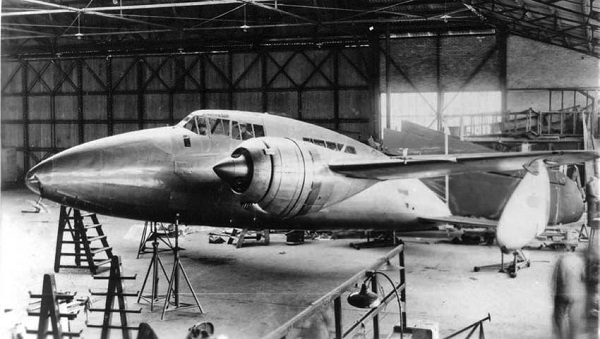 The aircraft was a two-man heavy escort and attack fighter.

The pilot sat in a narrow cockpit whilst the rear-gunner sat at the rear of the rather short fuselage, with a small crawl tunnel connecting the two positions. 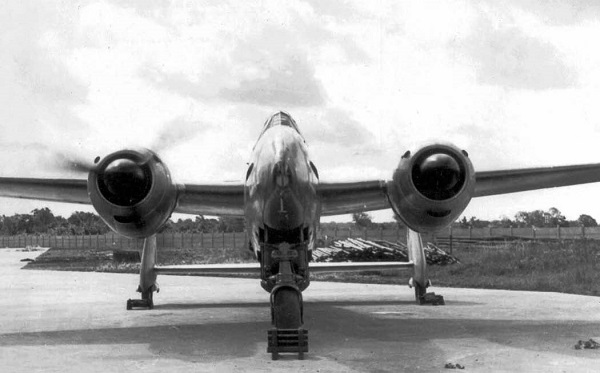 The tricycle retracting landing gear certainly is unusual. Comprised of a single wheel in the nose on a rather long strut, the S.E.100 was a “tail-dragger” design which had outrigger landing wheels in each of the twin tail fins – which were actually taken from the D.500 fighter. 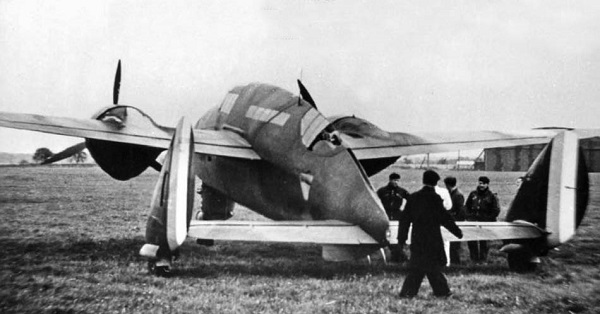 The aircraft’s layout certainly gave it an odd appearance on the ground, but in the air it presented a compact, if slightly bulbous, profile.

The aircraft employed a mixed construction build and was also intended to use a number of existing aircraft components and non-strategic materials with a mind to war production. The wing was of wooden construction and built as a box which housed the fuel tanks to which the leading and trailing edges were fitted. The ailerons were also unusual in that they articulated not just along the wing edge but also obliquely out at the wing tips.

The fuselage was of welded steel tube with metal skin. 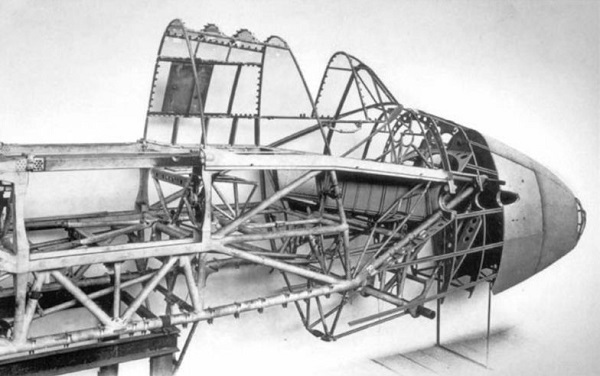 Powerplant was composed of two Gnome-Rhone 14N 14-cylinder radial engines that produced 1,080 hp, with the cowlings being the same as used on the LeO 451 bomber. 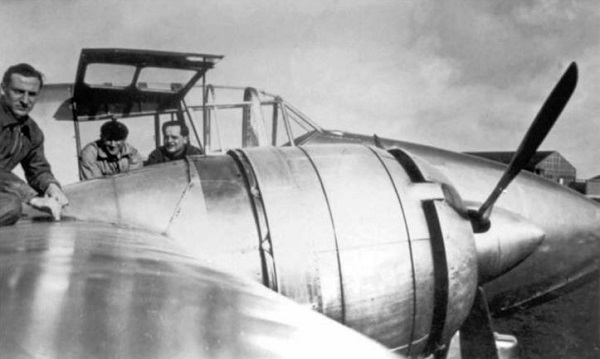 The armament of the S.E.100-01 was also impressive, especially considering that this was pre-Second World War. The aircraft was fitted with four 20mm in the nose plus a single 20mm cannon mounted in the rear gunner’s position on an electro-pneumatic SAMM mounting. 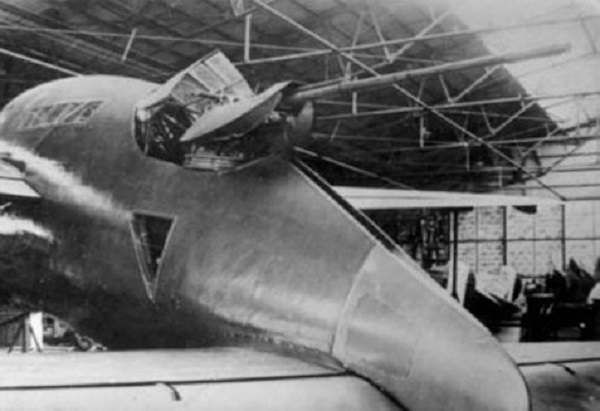 The S.E.100-01 first flew on April 2, 1939 and demonstrated excellent performance. Improvements were then made to the wing root fairing and to the propellor spinners, and a top speed of 360 mph (580 km/h) was achieved. This was about 70mph (100km/h) faster than the Potez 631 and as a result an improved version was ordered for trials.

This proved fortunate as though the -01 flew very well the aircraft was lost in an accident in April 1940.

By this point the second aircraft, the S.E.100-02 was well advanced. This had a number of improvements over the -01. The crawl tunnel between the crew positions was removed and instead the space used to boost the fuselage fuel tank capacity. Bomb racks were also included as an option.

But the most notably change was in the amount of firepower carried. The original four nose mounted 20mm cannon was boosted to six. Additionally, the single dorsal mount was replaced with a turret carrying twin 20mm cannon. There was also a ventral gun position added, with another 20mm cannon, bringing armament up to nine 20mm cannon.

In early 1940 that was a staggering amount of firepower.

Plus, this was to be no theoretical aircraft. In June 1940 the Citroen plant began tooling up for production of the S.E.100. This would have had an all-metal wing and the undercarriage boosted to have twin forward landing gear, a single wheel retracting into the rear fuselage and retained the outriggers in the fins.

Additionally, armament was once again to be boosted in the production aircraft by fitting twin 20mm cannon in the ventral position – giving a total armament of ten 20mm cannon!

I may be wrong on this, but I’m pretty sure that no other nation was thinking about putting that sort of firepower on an imminent service aircraft in early 1940.

Three hundred of this variant were ordered, with deliveries expected to commence by the end of 1940. Of course, the extra weight expected from these additions would have impacted performance, and so plans were being drawn up to create further models with improved engines.

The S.E.101 would have used Pratt & Whitney Twin Wasps, while the -102 was intended to use an improved Gnome-Rhone engine. There are also some reports that consideration was being given to fitting Rolls Royce Merlins to the aircraft.

Of course, timing was against the aircraft and the German occupation in June 1940 saw it came to naught. The second prototype was never finished and was presumably scrapped, and the S.E.100, which had the potential to be one of the most heavily armed aircraft of the war, vanished into history.