The CAC CA-11 Woomera was the intended production variant of the prototype CA-4. That is the subject of my previous article, and for a fuller background to these aircraft I suggest you read that if you haven’t already. I’ll put a link in at the end.

But, in essence, the CA-4-and-11 were an attempt by the Australians to provide themselves with a twin-engine attack aircraft that could also serve as a torpedo bomber and for long range reconnaissance.

The intention was for the whole project to be designed and built in Australia. This would remove the need for foreign aircraft and spare parts to be supplied to the Royal Australian Air Force, the RAAF; something that was considered as at risk when the whole project was mooted in 1939.

In fact, this looked at one point to be prescient. With war breaking out in the Pacific in late 1941, so desperate was the situation that in March 1942, before the CA-4 had even been handed over to the RAAF for testing, the Australians ordered 105 of the improved CA-11 Woomera.

But, despite this apparent rush, the realities of both war and Australia’s limited aviation industry – which had only been properly founded less than a decade before – meant that the Woomera was soon on the backburner.

Firstly, the Commonwealth Aircraft Corporation (CAC) who were designing and intended to build the CA-11, were working flat out on existing war work. They were already building as many Wirraway trainer/light attack aircraft as they could because the RAAF couldn’t get enough of them.

They had also, in the incredibly short span of less than six months, designed and produced the Boomerang fighter, which was given top priority. This also used the same license-built Twin Wasp engines as intended for the CA-11. All of this tied up CAC resources at a critical point, and the production of the CA-11 slowed to a trickle.

Another huge set back occurred when the prototype CA-4 “Wackett Bomber” crashed on the 15th January, 1943, killing two of the three crew. This had been testing the alterations that were intended to be standard on the CA-11 to remedy some of the serious issues that had been identified.

And so, further testing wouldn’t occur on the design until the first CA-11 took to the air – which didn’t occur until June 1944. 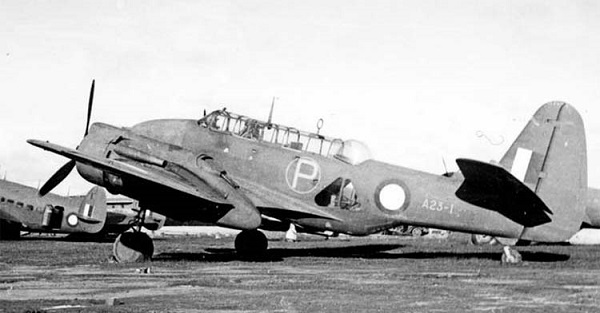 As it was, the intentions of 1942/3 of the CA-11 being able to go straight into production once the test flights showed it was good to go would have proven optimistic, even if the aircraft had got into the air at that time. Though modifications were made to the tail, which ended up eventually being completely rebuilt, there were still issues that needed resolving, though this was achieved within a few months.

The CA-11 also had a moulded perspex sighting turret for the tail gunner to control his novel engine nacelle mounted machine gun barbettes, resolving one of the big issues found in the CA-4. The fixed armament in the nose was also increased, by replacing two of the four .303 Browning machine guns with two 20mm cannon.

An attempt to improve this was made when the original 1,200hp Twin Wasps were switched for newer models capable of producing 1,350hp, which changed the aircraft designation to the CA-11A.

But the fact was that the whole aircraft was by that point both obsolescent and redundant. Designed and built to a prewar specification, in 1940/41 the Woomera would have been world class, though with the many issues it encountered in testing it may well have proven a bit of a lemon.

But, had it proven successful, even in 1943 it had the potential to have been a capable enough combat aircraft. However, even by then there was no real need for it. Though the fears of the RAAF being unable to get aircraft for the defence of Australia were eminently sensible, they proved incorrect.

The Beaufort’s, made under license in Australian government factories and which the Woomera had been intended to replace, proved stalwart performers and were supplemented in the maritime strike role by North American B-25 Mitchell and Douglas A-20 Havoc’s from America.

By 1944, when the CA-11 made its first flight, plans were well advanced to convert Australian production over from the Beaufort to the Beaufighter, a much more formidable machine. In fact, the Beaufighter was, in a lot of ways, closer to the ideas behind the concept for the Woomera for a fast multirole attack aircraft. 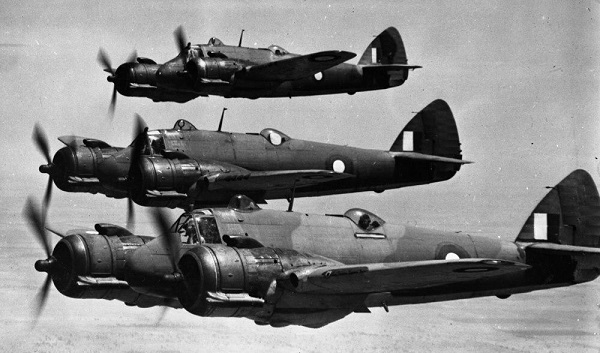 But the Beaufighter delivered on its promise, whereas the Woomera just couldn’t. Much of this is down to the inexperience of the Australian aero industry at the time, which recognized what it needed but was trying to box above its weight class.

But the experience was well learned, and the lesson of the Woomera no doubt played a part in helping CAC go on to produce some excellent aircraft in the future.

This, of course, did not help the CA-11. Orders for the aircraft had been cut from 105 to 20 already, and then cancelled all together. CAC was tasked with building P-51 Mustangs under licence and the Woomera program shut down.

In 1946 the only CA-11 built was stripped of parts and scrapped; A rather sad end to an aircraft that, though a failure, was a spirited attempt to push what was possible by the people who designed and built it.

READERS OF THIS ARTICLE CAN GET A THREE-MONTH SUBSCRIPTION TO AUDIBLE FOR 99P IF THEY SIGN UP BEFORE 30TH NOVEMBER 2021.