The Bristol Beaufighter made something of a name for itself during the Second World War. Tough, dependable and hard hitting, the “Beau” served as an attack aircraft, a torpedo bomber and as one of the first truly capable night fighters that was to be operated by the Royal Air Force (RAF) and the United States Army Air Force. Indeed, the aircraft served in almost every theatre of the war and was built to the handsome number of just under 6,000. 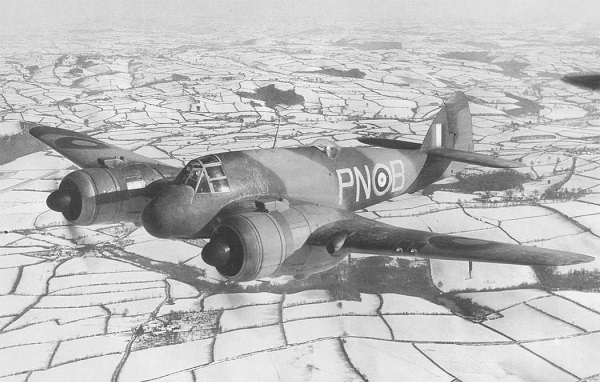 But this success disguises that the diverse Beaufighter family had a few black sheep. In fact, one of these was cursed with not just one major flaw, but two. And these flaws were based on Ideas that kind of made sense from a logical perspective but failed miserably in application.

I give you – the Beaufighter NF MK. V 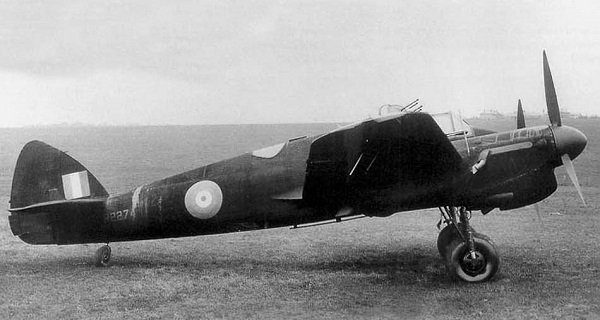 So, what made it so bad in comparison to the baseline Beau? Well, essentially engines, armament and performance; pretty much all of the most critical components for a successful combat aircraft.

But the reasoning for the changes made to this machine do actually make some sense.

For starters, the majority of the Beaufighters built had Bristol Hercules radial engines. These tough powerplants proved a good match to the rugged Beaufighter, but the Hercules had proved difficult to get into production and manufacture was slow to take off.

The engine was also to be the primary powerplant for the new Short Stirling bomber that entered service with the RAF in 1940, and the slightly later Handley Page Halifax, and these aircraft were considered a priority. So, what with the issues in Hercules production, and a huge demand for this new engine, it was thought prudent to fit another engine onto the Beaufighter in 1941 as a backup against shortage or problems with the Hercules.

The engine chosen was the Rolls Royce Merlin, the same as fitted to the Supermarine Spitfire, the Hawker Hurricane, the de Havilland Mosquito, the list goes on and on.

By this point, the Merlin was in full production, was well tested and undergoing a continuous development that would see it remain the primary British aero engine essentially throughout the entire war.

Now, there is something of a generic attitude nowadays that if such-and-such an aircraft had been fitted with the Merlin, it would have been better; it’s kind of an article of faith.

But in the case of the Beaufighter, that didn’t work out. The Mk. IIF night fighter was fitted with the Rolls Royce Merlin XX, which provided less power than the Hercules, and so the performance of the aircraft was reduced. 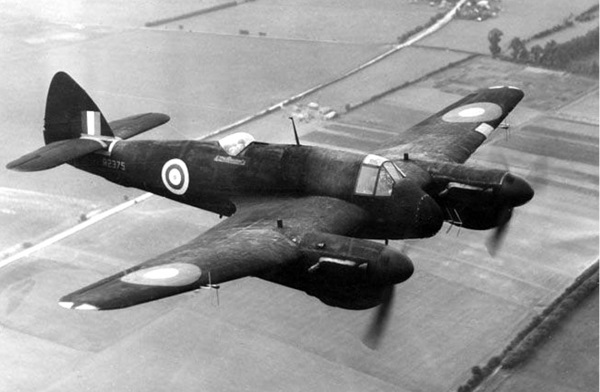 One suspects that the lower performance was considered acceptable in a night fighter, so in fact 447 Mk. IIs would actually be built, though they were apparently not very popular with their crews and had a nasty tendency to swing on take-off.

But the Mk. IIFs were what was available, and they did the job as night fighters, though they certainly were not ideal. In fact, the principle problem wasn’t just the mediocre performance and sometimes erratic handling, it was the limitations with the air intercept radars they were fitted with.

The AI Mk.IV radar fitted to the Beaufighter’s could get them to within about 3 miles (c.5km) of a German bomber flying at 15,000 feet, but the final intercept had to be done by the pilot by eye because signal would be lost in returns from ground clutter at that point. The lower the altitude, the worse this got.

And on a dark night, where you are flying effectively blind but knowing you have an enemy bomber somewhere out there in front of you that you really only have a vague idea of the location of, well, you are talking about a literally hit-or-miss situation.

It was, in short, rather tricky, dangerous and with variable results.

So, how to improve the situation?

Fit a powered turret, such as that used on the Boulton Paul Defiant turret fighter.

This would remove the pressure on the pilot by allowing him to concentrate on flying the plane and provide another set of eyes that could help spot the target and then, more importantly, fully concentrate on engaging it.

And there were some grounds for thinking this would work.

The Defiant, a complete failure of as day fighter in service, had been relegated to duties as a night fighter in 1940 and, while it’s fair to say it wasn’t very good in the role, it was actually more successful than most of the other types in use for night interceptions by the RAF at the time. 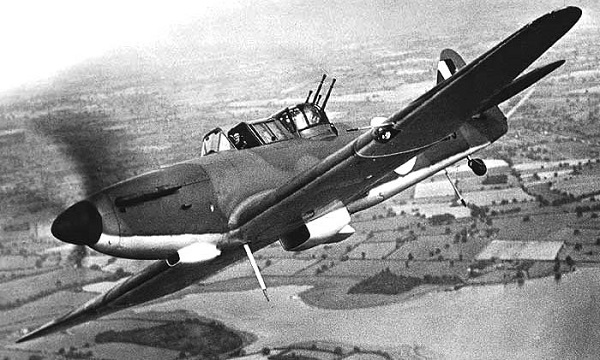 (As an aside, if you want to know the reasoning behind the British flirtation with turret fighters, I explain that in my article on the Blackburn Roc).

The logic of applying the same principle of letting a dedicated gunner deal with the target while the pilot flew not only seemed to hold up, but it had also been proven with the Defiant…kind of.

So, orders were issued to convert two Mark IIs into NF Mk. V’s for testing of the concept. This saw the Beaufighter’s have their main armament of four 20mm cannons and six .303 machine guns reduced to just two 20mm cannon for the pilot and the fitting of a rotating turret carrying four .303 machine guns mounted in a dorsal position behind the cockpit.

The two Mk.Vs were then sent to night fighter squadrons for operational testing, which was conducted between the summer of 1941 and spring 1942. The effect was about what you’d expect.

Performance, already reduced in the Merlin Beau’s, became positively sluggish with the extra drag and weight of the bulky turret, with the Mk.Vs clocking a top speed of only 302mph (486 kp/h) at altitude. Plus, it must have been wondered at how effective the four rifle-calibre machine guns would have been against German aircraft that, by this point in the conflict, were fitted with more armour and getting much tougher.

In reality, the night interceptor issues were already on their way to being resolved by the time the Mk.Vs flew with the introduction of much improved radars. First came the AI Mk.V system, which entered service in April 1942 and which fitted a display for the pilot that allowed him to track the target himself as his aircraft closed on it.

This was followed by the centimetric Mk.VIII, which was able to use a parabolic dish for directional scanning and which wasn’t effected by ground returns. These started being fitted to Beaufighter in late 1942, and at this point they really became an effective night killer; ironically just in time to start being supplanted by the night fighter De Havilland Mosquito’s.

And the two NF MK.Vs seem to have vanished, I suspect either converted back to standard Mk. IIFs or else to some other role until being scrapped; a classic example of logical ideas tripping over themselves.