The F-111, nicknamed the Aardvark by the United States Air Force, was one of the stalwart aircraft of the Cold War. A low-level all-weather supersonic intruder, the F-111 provided the United States with arguably its most formidable strike aircraft in both the nuclear and conventional role throughout that dangerous period. 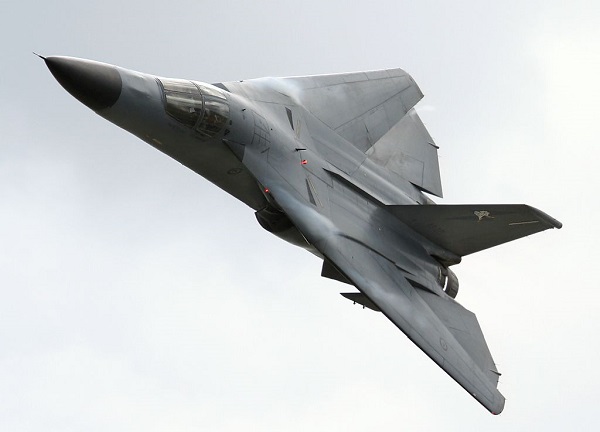 First entering service in 1967, the Aardvark set a new standard in technology and ability and the aircraft was to eventually prove an outstanding performer over Vietnam, Libya and during Desert Storm in 1991. All in all, the F-111, despite some teething problems when it entered service, shaped up as a great aircraft.

But what is less well known is that the General Dynamics design for what became the F-111 was not actually the winner of the selection competition for the aircraft. In fact, it was beaten FOUR times in separate selections. This is the story of the aircraft that did win, but which ultimately did not get built. 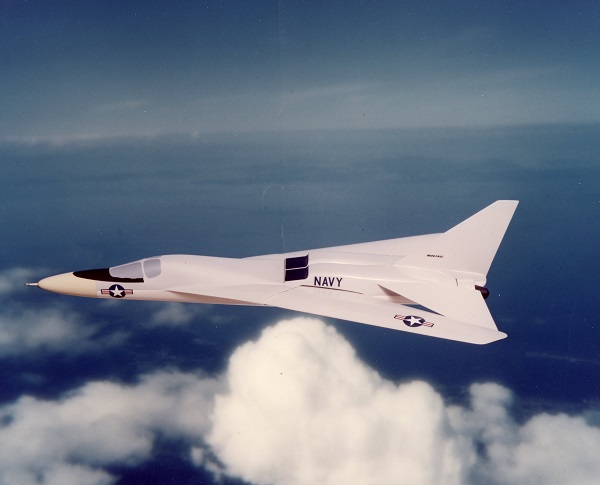 When Robert McNamara became the U.S. Secretary of Defense in 1961, he was determined to do something about the huge expenses being run up on military acquisition. One of his first moves was to decree that two requirements for new aircraft, one from the United States Air Force, the other from the Navy, should be rolled into one. This would cut the costs of buying new aircraft by a projected one billion dollars. So was born the Tactical Fighter Experimental (TFX) requirement, a single aircraft for both services.

The problem was the requirements weren’t really compatible. The USAF wanted a new low-level strike aircraft, capable of making precision attacks with conventional and nuclear weapons at supersonic speed. They also wanted the new aircraft to be able to fly between the United States and Europe without refueling.

The Navy wanted a high-altitude interceptor equipped with extremely long-range missiles and a powerful radar to allow interceptions over the oceans at the maximum possible range.

In fact, the only thing the two services agreed upon was that the new aircraft should have a swing-wing design, two crew and twin engines.

The new airplane, which was expected to be worth at least $7 billion to the winning company – broadly equivalent to $62 billion in 2021 – basically had to be all things to all services. General Dynamics, with no experience in building aircraft for the US Navy, teamed up with Grumman to develop their entry.

Boeing took a different approach. They did not have recent experience in building naval aircraft or fighters. But teaming up with another builder would push their price projections up. As cutting costs was the point of the TFX, that was an important consideration.

But they did recognize that the idea of a joint service aircraft was deeply unpopular with the brass of both services. They therefore predicted that a true joint aircraft would never happen, and instead banked on building an aircraft that the primary purchaser, the Air Force, would want. They also designed an aircraft for the Navy, which had only 50% commonality with the USAF model. 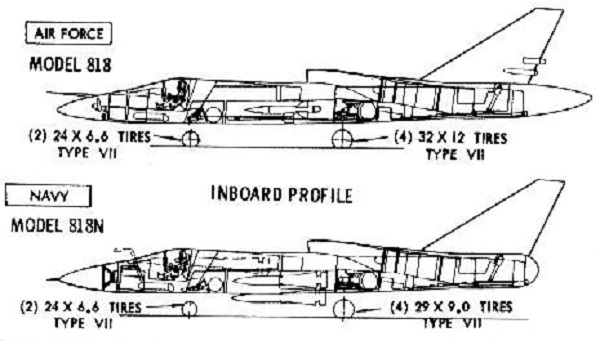 All of the competing firms put in their offerings and in January 1962, the Source Selection Board voted unanimously to recommend the Boeing 818 as the winner of the TFX competition. Unfortunately, the Air Force then turned around and said that the engine that Boeing had selected for their submission, the General Electric MF295, was no longer eligible.

To be fair, the engine existed only on paper, but seeing as the Air Force had green lit the powerplant, it was a blow. In fact, every submission OTHER than the GD-Grumman one had planned to use it, but Boeing would now have to redesign their proposal for the Pratt & Whitney TF-30 engine.

The Navy also then rejected the Boeing TFX. The stage was now set for round two.

The other entrants were dropped, and Boeing and GD were given until May 1 to get their new proposals in order. This time the Source Selection Board and the Air Council voted the Boeing 818 the winner. But the Navy still were not happy.

So off they went again. 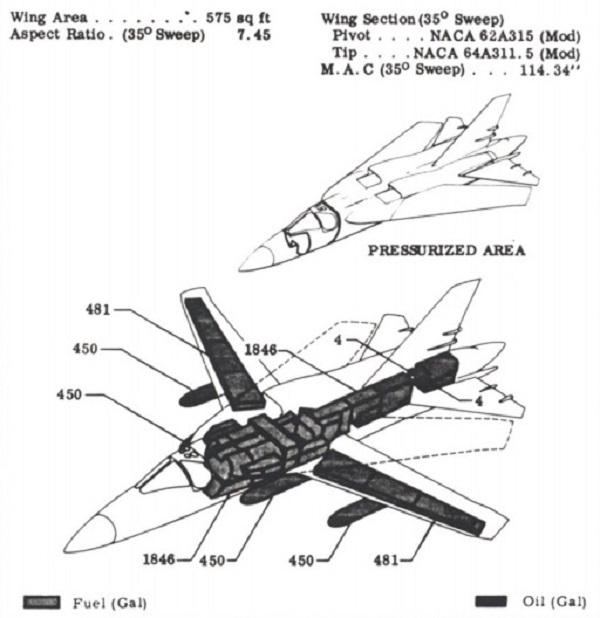 A new deadline of June 1 was set, and again both teams made their submissions. And again, Boeing won the vote of the Selection Board and the Air Council. As you’ve probably guessed, third time ISN’T the charm in this story.

The Navy stuck to their guns. A joint TFX wasn’t viable, in the Admirals opinions, and what you were going to get was two aircraft. Logical.

And McNamara, as a logical man, did the obvious thing.

He fired the Admirals.

By now, things were getting fraught. Tactical Air Command, who had largely initiated the program, were getting loud about the delays representing a major threat to the security of the United States. So, the two teams – Boeing and General Dynamics/Grumman – were sent back to the drawing board once again.

On September 11, 1962, they submitted their fourth and final technical proposals for the TFX. After close scrutiny, the military reported that both were considered excellent and worthy options. But there could be only one and the military was now unanimous in their choice.

On November 9, 1962, they put forward the Boeing 818 as the winner of the TFX competition.

Their submission, notable for its interesting use of over fuselage air intakes, was both the best design and had lower quoted costs. On hearing the decision, McNamara is reported to have said “That’s very interesting,” and began his own analysis. He was not pleased.

Despite his ordering that the aircraft have a high degree of commonality, the Boeing 818 had been built, from the start, with the idea that that was not really feasible. The 818’s projected savings from commonality were therefore much lower than the GD/Grumman offering.

Additionally, McNamara was extremely dubious about Boeing’s pricing. One of his great bug bears was that defense contracts at the time were routinely coming in between 300 and 1000 percent over their quoted prices. Boeing had been particularly bad in this regard with projects such as the Bomarc SAM system.

Now the company wanted to build a cutting-edge combat aircraft capable of operation in the most extreme environments, when their experience was rooted in large subsonic aircraft. And they claimed to be able to do it cheaper than General Dynamics, who had several supersonic fighters then in service with the USAF – and Grumman, who were probably the most experienced carrier aircraft builder in the world.

McNamara was probably right to be suspicious, but still his decision could be considered somewhat arbitrary. On November 13 he met with his team and over breakfast they decided that the contract for the TFX would go to General Dynamics, due to their design’s greater commonality between the Navy and Air Force versions and the concerns over Boeing’s budgeting.

So ended the Boeing 818, an aircraft that won its competition four times, but still lost. Of course, the other thing to mention is that Boeing were, in fact, correct in their initial assessment. The TFX proved a failure as a joint aircraft and the Navy cancelled their variant in 1968. Instead, they built a dedicated carrier-based interceptor – the Grumman F-14 Tomcat.

So, the Admirals got their way in the end anyway.

And that must make one wonder. Because though the F-111 did, as first pointed out, prove a good aircraft, it did feature a whole host of design compromises that ultimately would prove unnecessary.

What if the USAF had got their specialist aircraft, as envisioned by the Boeing 818?

Of course, now we can but speculate.

I must give a massive thank you to Boeing for providing me with the information and pictures used in this article, which would not have been possible without all the help they provided.