From the moment the Lancaster bomber went into service in 1942, it was marked as a special aircraft. Capable of carrying the heaviest of bombloads, the ‘Lanc’ was the workhorse of RAF Bomber Command in Europe right up until the surrender of Germany in May 1945.

But no aircraft lasts forever, especially in the accelerated Darwinist environment of warfare, and so as early as 1943 specifications were being issued for a replacement. What was wanted was an aircraft with better defensive firepower, greater bombload and higher speed. It was also apparent that with the Allies committed to defeating Germany first and then Japan, the new bomber would likely be coming into service at a point were attention would be switching to the Pacific.

It therefore needed to be able to carry a worthwhile bombload over great distances to contribute to the bombing effort before the invasion of Japan.

So, Avro did the logical thing. They built an even better Lancaster. Actually, they built two.

These were originally designated as the Lancaster’s Mk. IV and Mk.V, but were soon given the new names of Lincoln Mk.I and Mk.II respectively. 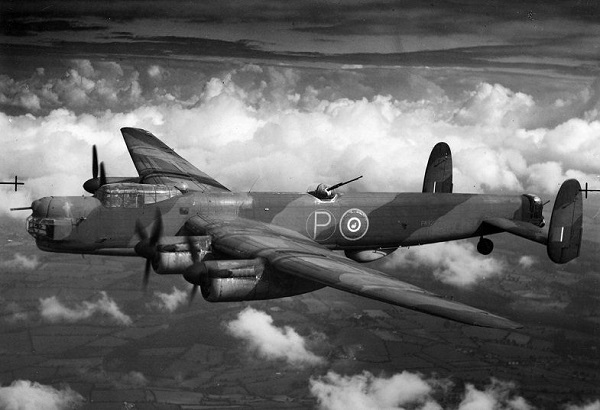 The Lincoln was a considerable improvement on the Lancaster. The aircraft had stronger, longer span wings, as well as an enlarged fuselage. This accommodated greater fuel and bomb loads of up to 14,000lbs or with modifications the ability to carry one of the huge 22,000lb “Grand Slam” bombs. Combined with later model Merlin engines that produced more than a third greater power than those on the Lancaster, the Lincoln had top and cruise speeds about 10% faster than the Lanc. 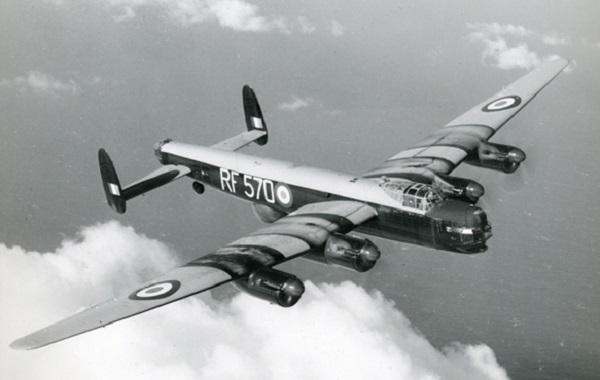 Defensive armament was also improved. Instead of the eight .303 machine guns in the Lancaster, the Lincolns adopted the more powerful Browning M2 .50 cal heavy machine gun in twin nose and tail turrets and twin 20mm cannon in the dorsal turret. Some aircraft also had a single M2 in a ventral position to protect the aircraft’s belly. 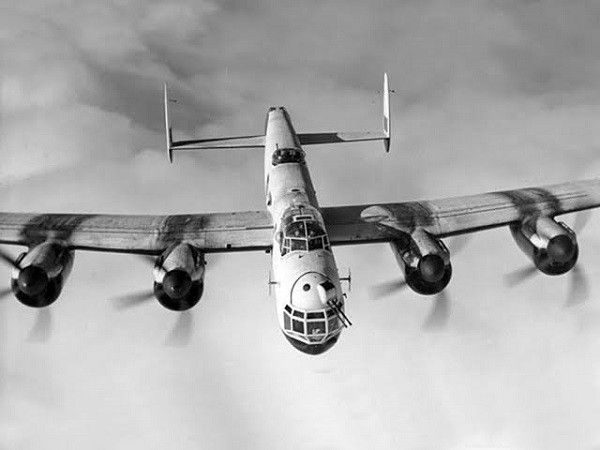 Because it was basically an improved Lancaster, the Lincoln was quick to develop. The first flight occurred on June 9, 1944, and the first production aircraft was completed in February 1945. By now plans were well afoot for shifting the war to the Pacific and the Lincolns were intended to form the backbone of ‘Tiger Force’, the Commonwealth heavy bomber force. This would operate from Okinawa and support the USAAF’s bombing campaign against mainland Japan.

Because it was expected that such an effort would require a substantial investment in new aircraft, production lines were also set up in Canada and Australia to build the Lincoln. The first squadrons became operational with the Lincoln in August 1945 – just a few days before the atomic bombing of Japan. The subsequent surrender meant that plans were scaled back as militaries demobilized.

However, though the RAF had vast numbers of aircraft in inventory, it was recognized that the older designs could be disposed of. Instead, the RAF could concentrate its heavy bomber force around the Lincoln as the most modern British type available. As a result, the Lincoln was built in fairly large numbers, with almost six hundred equipping 29 squadrons in the immediate post war period.

And it is here that it rapidly became apparent that the Avro Lincoln was obsolescent. In comparison to its closest equivalents, the American B-29 and Russian Tu-4, it was slow, poorly armed, and carried a smaller bombload over a shorter distance.

As the Lincoln was effectively the final bomber evolution of the Avro Manchester, a medium bomber whose origins date back to 1936, perhaps this shouldn’t be surprising. But it did leave RAF Bomber Command with a rather glaring gap in capability that was only partially resolved by the loaning of American B-29s to the British in 1950.

However, though the Lincoln was very much an aircraft from a bygone era, it did still find some uses. In the 1950s the RAF used Lincolns against the Mau Mau uprising in Kenya. This was followed up by their use against communist insurgents in the jungles of Malaya. Here the RAF were joined by Australian-built Lincolns of the RAAF.

Though Canada only built a total of one Lincoln and rapidly decided it did not need the aircraft, Australia, with less concerns with enemy fighters and needing long-range bomber and patrol aircraft, used seventy-three Lincolns of various models. The Malayan Emergency saw the Lincoln’s give their main service, and over a seven-and-a-half-year deployment the aircraft flew more than 3,000 sorties. 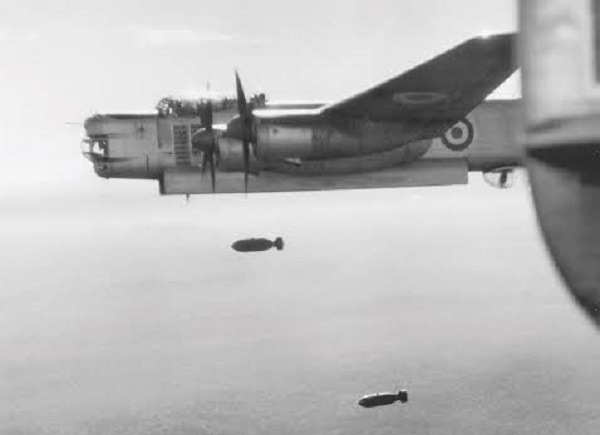 Lincolns were also used as test beds for various new turboprops under development and served in reconnaissance and signal roles as they were phased out of bomber duties by the mid-1950s. The final examples with the RAAF were retired in 1961, and with the RAF by 1963. But the old birds carried on in service for a few more years with another user.

In 1947 the Argentine Air Force purchased thirty Lincolns and some second-hand Lancaster’s, providing them with the most formidable bomber fleet in South America at the time. These aircraft saw use against domestic rebels and in several coups – on various sides – before being retired in 1967.

And that was the Avro Lincoln, an aircraft that was pretty much past its sell by date within a couple of years of it getting into service; which has raised some questions in forums and among those interested in military aviation history.

I’ve seen comments in various places along the lines of:

“Why did the British just go with an upgraded Lancaster, when the American’s had already raised the bar with the B-29? Why didn’t they build an equivalent?”

Well, putting aside some of the ambitious plans the British did develop for bombers of similar capacity to the B-29 which came to nothing, let us remember that the B-29 program was massively complex and hugely expensive. As in, about 50% more than the Manhattan Project that developed the nuclear bomb!

On top of that, they were much more expensive as individual aircraft. Broadly speaking in purchase costs, a Lancaster cost about a fifth that of a B-29. Even allowing for greater expense involved in producing the Lincoln, you could buy three or four Lincoln’s for the cost of a B-29. It might be an inferior aircraft, but if it had come to bombing Japan alongside the USAAF then the Lincoln would have been able to do the job.

It would also have been available in numbers quite quickly as production lines converted from the Lancaster with comparatively little effort in comparison to tooling up for a new aircraft, plus aircrews would have needed less time for familiarisation.

From the point of view of total war and the expectation that the conflict would last into 1946 with an invasion of Japan, the Lincoln makes sense. Unfortunately, this didn’t help with RAF Bomber Command’s needs as the Cold War developed. They now faced the prospect of going toe to toe with formidable Soviet aircraft like the MiG-15 if things were to turn hot.

For this, the Lincoln would have been horribly exposed. In fact, such an incident did occur, with predictable results, and that shall be the subject of my next article.