As a nation, the French have a reputation for style. And this reputation is, in my opinion, represented in many of the aircraft that that country has built over the years (just don’t mention the heavy bombers).

But for all the Esmeraldas, there is the odd Quasimodo. And the Arsenal Delanne 10-C2 is certainly one of those. 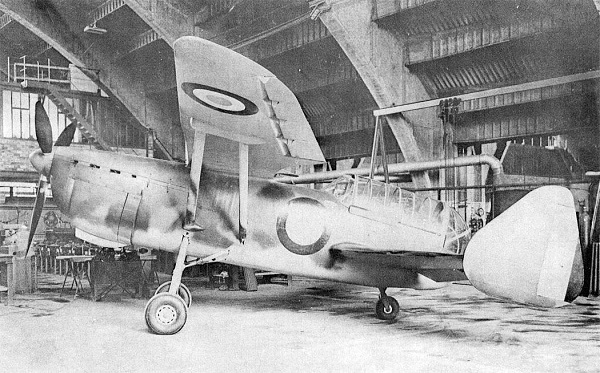 However, while it may not be pretty, it was certainly an advanced design for its day.

The 10-C2 was a tandem-winged aircraft. This essentially meant that it utilised two wings forward and aft that provide a huge amount of lift and give exceptional manoeuvrability. Delanne developed a wing-planform that was named after him, where the aft-wing is smaller than the main wing, in essence appearing like a hugely enlarged twin-finned tailplane.

If you read my article on the Westland Wendover, this sort of layout will be familiar. But unlike the Wendover, the purpose of which is somewhat obscure, the 10-C2 was intended to be a fighter.

Based on earlier experimental aircraft, development began in mid-1939 at the Arsenal de L’Aeronautique, the French national aircraft manufacturer. The 10-C2 was intended to be a two-seat fighter aircraft, armed with a 20mm motor cannon firing through the propellor hub and two 7.5mm machine guns in the wings, all forward-firing for use by the pilot. This was backed up by two 7.5mm machine guns mounted in a rear position and crewed by a gunner.

The odd layout of the canopy on the aircraft was the squeezing of both crew into as small an area as possible, giving the aircraft a “cut-down” appearance. Powered by the standard Hispano-Suiza 12Y 12-cylinder in-line engine that produced 860hp, the 10-C2 prototype had a fixed undercarriage, though it was apparently intended to fit a retractable one should it enter production. 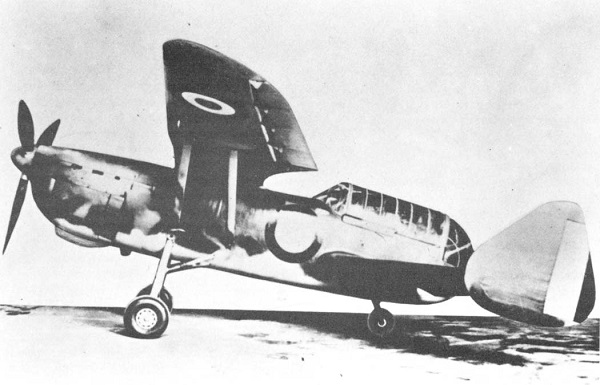 In terms of its construction, it utilised an all-metal stressed skin of unusual composition which used a sandwich technique, with a smooth duralumin skin welded to an underlaying corrugated sheet. This apparently provided a great deal of strength to the design, probably a good thing as the emphasis seems to have been on agility.

The wings obviously are the most notable feature. The front-one was of a gull-layout and sat quite far forward of the pilot. This looks like that of the Polish P.11 and P.24 fighters and though we can speculate on the impact on the pilot’s visibility, it certainly was not unusual in the day. 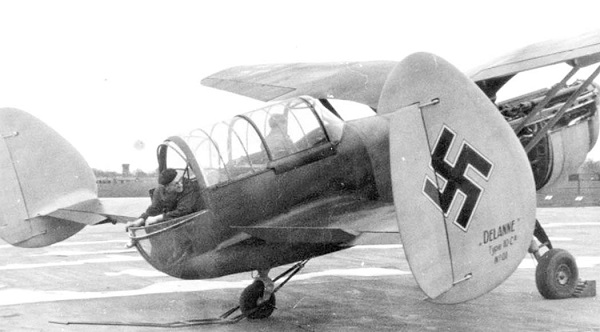 But combined with the rear wing, which effectively sat under the cockpit, the pilot was going to have heavily impeded vision. This is where the rear gunner came in. He would have had a tremendous view as he sat right out the back of the aircraft and would have represented a real deterrent to many attacking fighters of the day.

Of course, given the timing, the 10-C2 never made it into service, let alone combat. When the German’s overran France in June 1940, the prototype was being assembled. They cleared out anything of interest, which did not apparently include the 10-C2, even though it was in quite an advanced state of construction. 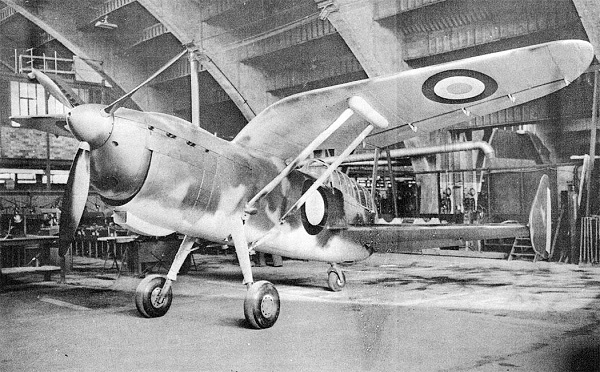 With the occupation, the French aircraft factories were now having to make supplies for the Nazi war machine, but development of the aircraft was able to proceed, though at a slow rate and under supervision. In October 1941, the 10-C2 was to make its first flight and begin a brief test program, flying a total of six hours over fifteen flights.

This seems to have shown that the interesting design philosophy had some promise, and the aircraft reportedly made a top speed of 342 mph. Given the rather low-powered engine, I am guessing that this performance – if accurate – was due to the aircraft’s stripped condition, obviously not carrying any weapons or significant equipment.

This short test period came to an abrupt halt at the end of 1941 when the factory was told to stop wasting effort and the 10-C2 was transported to Germany and, like many other such designs, effectively vanished.

So ended the Arsenal-Delanne 10-C2, a decidedly odd-looking aircraft that is remembered pretty much just for that fact. But from such oddities can evolve genius, and the French aero-industries interest in experimental wing layouts would lead to another French designer developing concepts that we still use today.

But that is for my next article.