The rapid development of combat aircraft during the First World War saw a range of different design ideas experimented with. As the belligerents clawed for air supremacy, engineers tried all sorts of new concepts, all seeking to give their respective militaries the upper hand, if only for a brief period.

The biplane soon became the favoured format for aircraft on both sides. With generally good visibility and excellent manoeuvrability, biplanes largely set the standard for the fighter aircraft of the First World War. But the constant need for better and better aircraft meant that aeronautical engineers soon began to study how adding an additional wing would affect performance.

The standard was set by the Sopwith company, who in May 1916 flew their Triplane scout fighter. 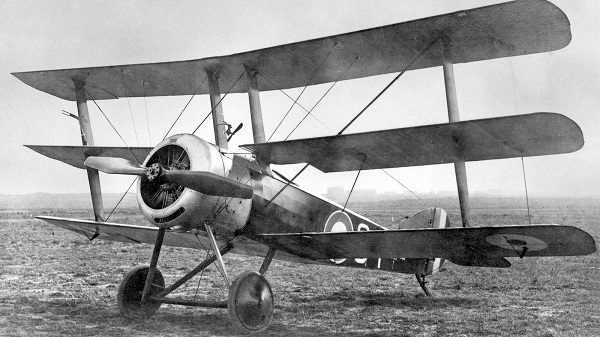 This proved extremely effective over the Western front and led to a Germans developing their own superior equivalent, the Fokker Dr.1. This in turn achieved huge fame as the final mount of the infamous Red Baron, Manfred von Richthofen, the highest scoring fighter pilot of the war.

However, even as Sopwith were developing their Triplane, another company was considering another option. If two-wings were good, but three was likely to be better…why not jump straight to four-wings!? 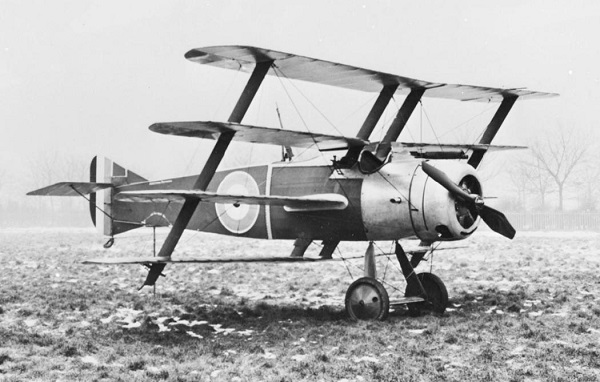 Several other designers and companies also experimented with the quadruplane, but the F.K.10 was one of the very few aircraft of this type to see service. Though truth be told, the description “seeing service” is pushing it a bit.

The F.K.10 was the brainchild of Dutch designer Frederick Koolhoven. If you have read my article on the F.K.58 fighter, well you are familiar with Koolhoven. But in short, Koolhoven was sort of to the British what Anthony Fokker was to the Germans; an expatriate Dutch designer who came up with some good concepts and aircraft.

And amongst these ideas was an interest in tri-and-quadruplanes. Koolhoven made some experiments with these types, and by the summer of 1916 Armstrong-Whitworth flew the F.K.9 prototype. This aircraft, a private venture, was a quadruplane single-engine observation fighter with a two-man crew. 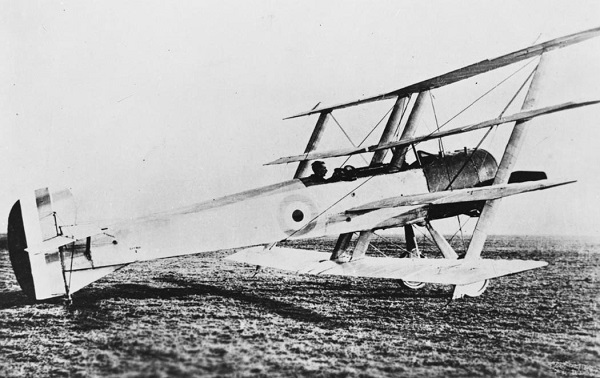 Tested by the Central Flying School in late 1916, the F.K.9 proved good enough for a production order to be placed for fifty aircraft of a modified design, designated the F.K.10. This had a 130 hp Clerget 9B rotary engine, a more-rounded fuselage that was wider and deeper to improve crew comfort, strengthened undercarriage and an altered tailplane. The two-man crew were retained, and armament was a single Vickers .303 machine gun fixed in front of the pilot and a Lewis gun on a flexible mount for use by the observer to the rear.

The four wings were, understandably, the most unusual element of the aircraft. Giving the F.K.10 a very deep appearance, the wings required a thick interplane strut to run through them all to provide the structure with sufficient strength to fly.

The pilot’s cockpit was located directly behind the engine and under the top wing, with the wings backwards crank meaning the pilot intersected the front of the second wing and sat forward of the bottom two. 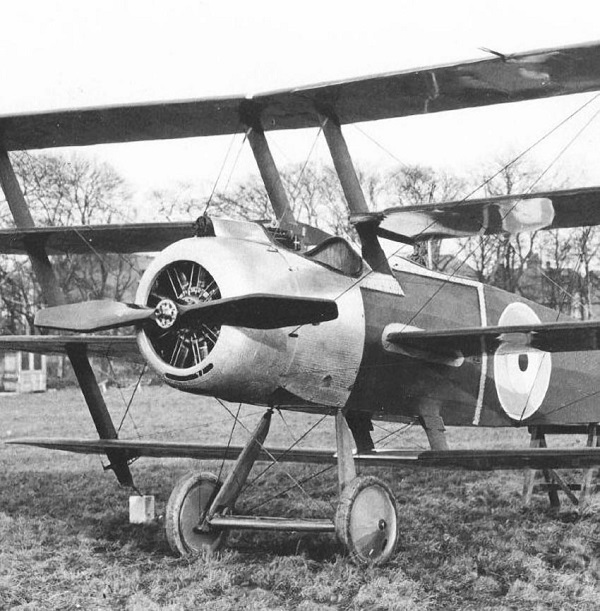 It was not good.

Though the idea that more wings would provide extra agility at the cost of some speed had some merit in some of the triplanes, four wings just provided too much drag. This seems to have been further compounded by the requested changes, which reduced performance as compared to the F.K.9.

The F.K.10 had a top speed of only 84 mph, an endurance of two-and-a-half hours, and a ceiling of 10000 ft. This was all inferior to the existing British observer scout aircraft of the time, the Sopwith 1 ½ Strutter. Plus, at the same time testing on the F.K.10 was underway, the Royal Flying Corps was receiving the new Bristol F.2 two-seat fighter. 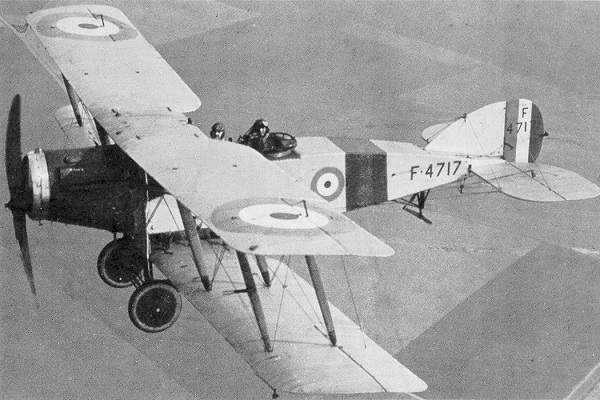 This was a vastly better aircraft and would go on to be built in the thousands.

A total of eight were built – five for the RFC and three for the Royal Naval Air Service. Further orders were rapidly cancelled, and the aircraft were used for testing due to their odd construction to see if anything worthwhile could be wrung from them.

In terms of agility, the type was reported to have good handling, but the pilots apparently did not trust the design. As a result, by July 1917 all had been transferred to technical units for training and ultimately use as ground targets.

This marked the end of the F.K.10, one of very few quadruplanes to actually get a production order.