As the imminent war between the European powers became more and more threatening throughout the late 1930s, manufacturers and countries not directly involved placed ever more scrutiny on the aircraft developments that were occurring in Europe. After all, Germany, Britain and France were leading the world in aero technology, particular in their fighters. (Though people probably should have looked around a bit more.)

Anyway, any manufacturer interested in offering competitive rivals to the latest European fighters made pains to learn from their example and, if possible, offer better aircraft in turn. And one of the company’s paying the closest attention was Curtiss.

In April 1939 they had received an order for 524 of their new P-40 fighters practically straight off the drawing board for the United States Army Air Corps (USAAC). At the time, this was the largest fighter order placed for American service since World War One. 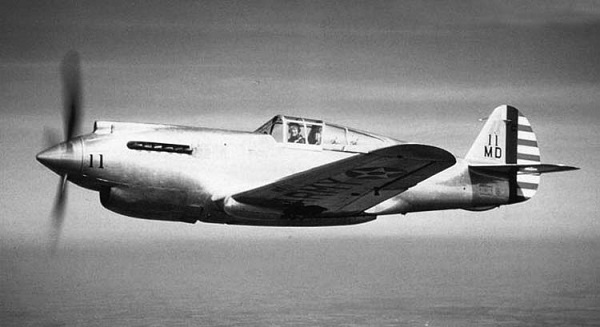 But the P-40 was in essence, an improved version of the Curtiss P-36.

That aircraft, though a solid airframe, was considered inferior to many contemporary European fighters due to its light firepower, lack of armour or self-sealing tanks and bulky radial engine. In terms of the latter, radials would prove to be great fighter engines, but in 1939 they were definitely considered second-rate for primary fighters.

While the P-40 with its streamlined inline engine was thought a step in the right direction, it shared many of its predecessors’ shortcomings and was thought to be an intermediate step until better aircraft were available.

As it was, both the P-36 and the P-40 provided solid service on multiple fronts in World War Two, though they could never be described as a top-rate performers in air combat. But this was still to pass and Curtiss, recognising from looking at European designs that there would be an urgent need for better fighters in the near future – likely in large numbers – jumped into action.

They proposed a new aircraft, the Curtiss XP-46, that would be closely modelled on the specifications that had created the current leaders of the field – the Messerschmitt Bf109 and the Supermarine Spitfire. 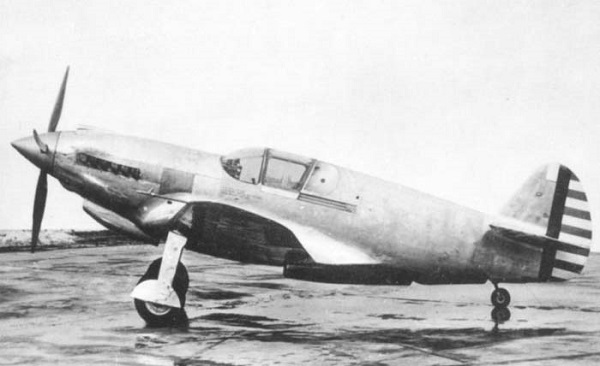 The new fighter would use the most powerful engine available, be smaller than the P-40 for improved performance plus have greatly enhanced firepower and a wide-track landing gear. 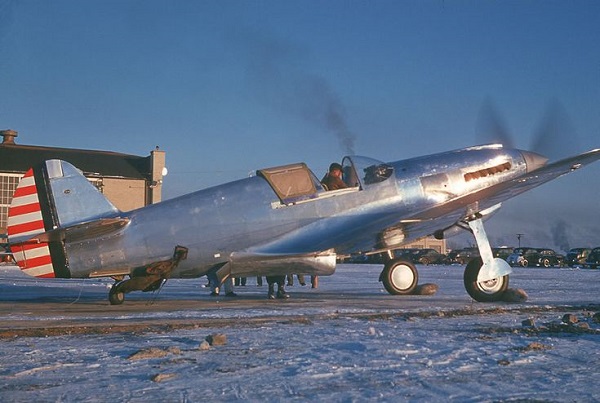 The Army Air Corps were very much impressed and drew up a specification for the new fighter around Curtiss’ proposal and two prototypes were ordered in late September 1939.

In theory, the XP-46 met all it assigned criteria. The aircraft was powered by the newly developed Allison V-1710-39 12-cylinder water-cooled engine. This produced 1,150hp for take-off, and a very optimistic top speed of 410mph (660 km/h) was projected for the aircraft.

The armament was very much enhanced, being apparently modelled on the Royal Air Force’s Hurricane and Spitfire fighters. The XP-46 retained the fuselage-mounted and synchronized .50 calibre Browning heavy machine guns of its predecessor but added to that a total of eight wing mounted .30-calibre machine guns. 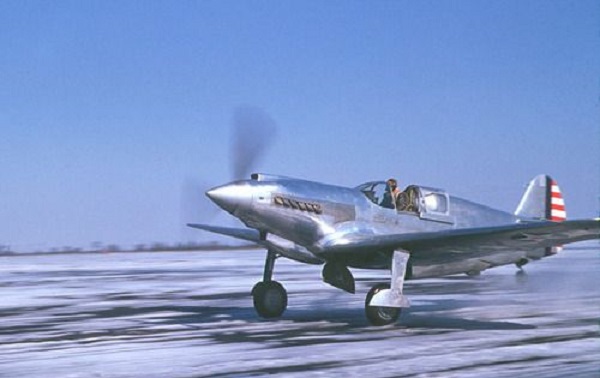 All this meant that weight wise it pretty much matched the P-40, and because of the high wing loading automatic leading-edge slots were fitted to help improve the aircraft’s stall speed.

Curtiss began development but a month later the Air Corps added an additional proviso that the XP-46 needed to have self-sealing tanks and 65lb of armour for the pilot. To be fair, the lessons from combat taking place in Europe were rapidly being learned and these features would become standard during the war, but the extra weight would certainly tell on the XP-46.

Development continued, and though Curtiss now found itself somewhat snowed under with orders for both the P-40 and the P-36, mainly from France, they also received an order in the first half of 1940 from the RAF for the XP-46. The British had taken on the outstanding French orders for fighters after the fall of France and placed large orders for the P-40 themselves.

The expectation was that once the XP-46 was in production their existing contracts for the P-40, which the British called the “Tomahawk”, would be switched over to the new fighter – which the British named the “Kittihawk.”

If you have any knowledge of the Royal Air Force’s use of the P-40 during the war, well, I’m sure you can see that there is a problem brewing.

To facilitate the British order and help the beleaguered RAF as much as possible, the Army Air Corps asked Curtiss to produce an improved P-40 variant that used the new Allison engine plus had better armament and armour. Curtiss were anyway flat-out producing aircraft by now, and this delayed the manufacture of the XP-46 prototypes.

But it was also recognized that the new fighter might not be as special as had been originally hoped.

The first XP-46 flew in February 1941. And it proved disappointing. 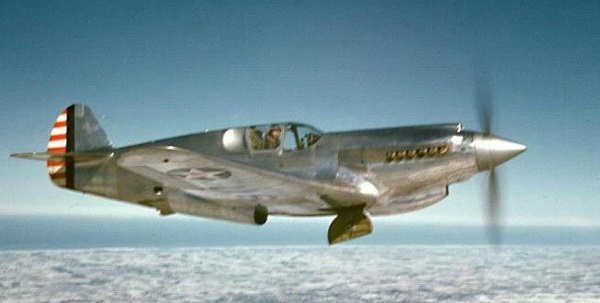 The new P-40D, which was the model being developed and was equipped with the same engine, was faster. With the P-40D soon to become available and offering much better production value as its adoption would cause far less disruption to the Curtiss factories, the XP-46 was effectively doomed.

The two prototypes went through their paces but as the aircraft were obviously inferior to the P-40D, both the United States and the RAF cancelled their orders and went with the older design instead. Which received the name “Kittyhawk” with the RAF. 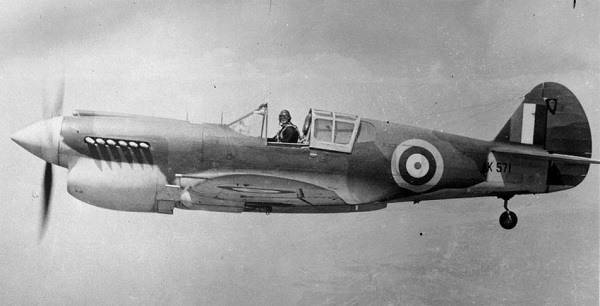 Curtiss switched their attention to another line of potential development to replace the P-40 in the future – the XP-60 series. But that’s a subject for another day.

I haven’t been able to trace what happened to the two XP-46 prototypes, so I assume they were scrapped. Which ends the story of the XP-46 – the would-be American Spitfire that just didn’t deliver on its promise.