The war in Ethiopia’s northern Tigray province is one of the least reported and most obscure conflicts occurring currently. This is largely due to a government-imposed blackout, that has essentially meant Tigray has been an information black hole since November 2020.

But some news leaks out, and now the Tigray People’s Liberation Front (TPLF) have released footage of what they claim is a government Mi-35 attack helicopter that they shot down. According to the TPLF all the three-man crew were killed.

The loss is a serious blow to the Ethiopian Air Force – the ETAF – which is thought to operate a fleet of 18 Mi-24/35 helicopters. After six months of combat operations these aircraft’s operational rates are likely to be down as is, without combat losses.

The ETAF already lost a Mig-23 at the end of November 2020, one day after Ethiopia’s Prime Minister, Dr Abiy Ahmed, declared victory over the TPLF and the end of military operations in the region.

The origins of the war are unsurprisingly old and complex. Ethiopia, which has a diverse ethnic make up to its population, is a federal parliamentary republic. As a result, it is divided into 10 ethno-linguistically based regional states, of which Tigray is one. 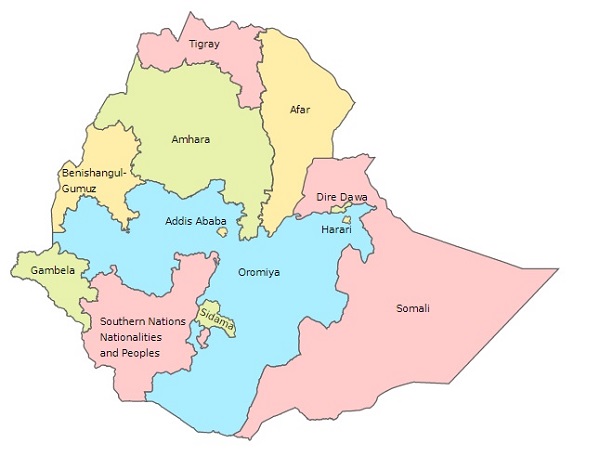 In 2018 a popular uprising bought Abiy to power. One of his actions was to dismantle the ruling party, the Ethiopian People’s Revolutionary Democratic Front, which had controlled Ethiopia for thirty years. The TPLF had been a dominate force within the party meaning Tigrayans, who make up about 6% of Ethiopia’s population, had wielded considerable power.

Long story short, after political battles and manoeuvring for a couple of years, fighting broke out on November 4, 2020, when the TPLF attacked the northern bases of the Ethiopian National Defense Force. Fighting has continued since, as well as drawing in forces from neighbouring Eritrea and Sudan.

There was even a fight in Somalia between Tigrayan and other Ethiopian troops assigned to the African Union Stabilisation mission there! Twenty-one Tigrayans and twenty Ethiopians were killed in a serious battle between soldiers that were notionally from the same national contingent.

The blackout in Tigray has also raised some deeply worrying concerns. Though impossible to confirm, due to foreign journalists being banned from entering the region, satellite images indicate that widespread destruction of property is taking place in Tigray and a possible ethnic cleansing occurring.

UNICEF has this week reported on the situation, stating that they estimate that more than a million people have been displaced by the fighting. With some of their staff just returned from an extremely rare visit to Tigray, they also state that they have received widespread reports of war crimes being committed. They also believe that there is no end in sight to the conflict.