The war in Ukraine has been dominating the military headlines for the best part of a year now, and that has also meant that discussions about weapon systems has, understandably, been largely about those used in large scale conventional conflict – tanks, artillery and high-performance aircraft.

All this means that other conflicts have largely been overlooked throughout 2022, and perhaps none more so than the burgeoning Islamist insurgencies that are flaring all across Africa. Like, literally.

Indeed, it’s easy to just dismiss these sorts of conflict as of little importance on the World stage, but that’s the attitude that basically ended up causing the “War on Terror”. Certainly, for people in Africa these insurgencies are a real threat and conflict is widespread as governments from Mali to Mozambique fight to contain them.

And one of the few real advantages they have in combatting Islamic terrorist groups is airpower. Counter Insurgency aircraft have proven critical for governmental forces both to hit terrorist bases and for supporting their own troops on the ground.

Traditionally, these sorts of aircraft have been built off an existing airframe, normally trainers such as the Beechcraft T-6 Texan II, or – as is the case with the United States new Sky Warden – are based on a crop duster. This all makes sense as use of an already developed and proven airframe should reduce costs.

But one South-African manufacturer is now offering a solution in the shape of a new aircraft that has been custom designed for use in counter insurgency or by police and security forces for patrol and observation duties. 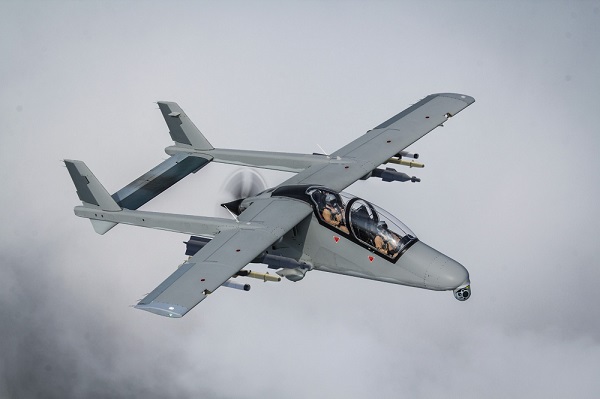 The Paramount Aerospace Industries Mwari is a two-seat aircraft that employs a number of interesting innovations, some new, some old.

For starters its single engine, a Pratt & Whitney PT6, is arranged in a pusher configuration. This allows the crew to sit in tandem in a “stadium-configuration”, with the rear crewman sitting higher and thus able to see over the front seat. 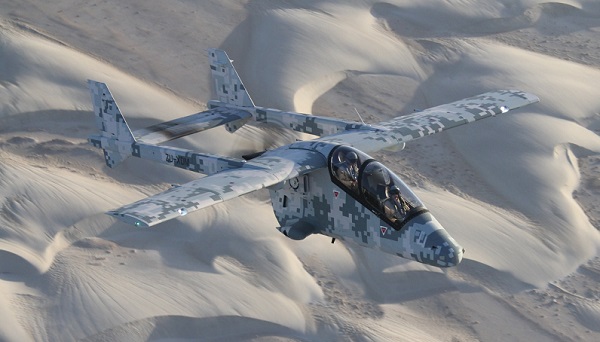 This provides both crew with excellent visibility both in front and beneath the aircraft – always useful when observation is one of its key roles – and is a cockpit configuration more often seen on things like attack helicopters which, again, are designed for optimal crew visibility.

Indeed, the name reflects this, with “Mwari” being the Shona word for their deity, broadly meaning the “All Seeing, All Knowing One”. Apt.

To back up this good crew visibility the Mwari is designed to carry a range of different sensor fits, from thermal viewers and video cameras to advanced communications gear and electronic intelligence sensors, with Paramount stating that the aircraft can be used for duties such as border patrol, anti-smuggling, electronic surveillance, disaster management and even air supply missions.

Key to this versatility is the flexible design of the aircraft. Primarily, this is due to the Interchangeable Mission Systems Bay (IMSB), located in the belly of the aircraft. This provides a whole array of options for sensor and payload for different roles. 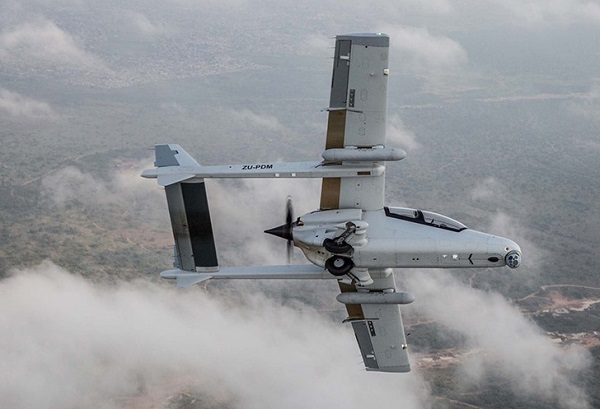 They can also be swapped out in less than two hours to take advantage of the Mwari’s “plug-and-play’ digital architecture, and which integrates into the aircraft’s “glass” cockpit multi-function displays. This allows a single aircraft to perform a multitude of roles without any aerodynamic or ordinance penalties, something that militaries on a budget will greatly appreciate.

In addition, Paramount state that the aircraft is one of the cheapest to run in its class and quite capable of operation in austere environments and off rough strips. And if the customer requires their aircraft to have more teeth, well, the Mwari has provision for wing hardpoints which could potentially carry everything from “dumb” bombs and rockets to advanced guided missiles.

The aircraft’s twin boom and efficient turboprop mean that the Mwari has a mission loiter time of six-and-a-half hours; ideal for long patrols or for observation and command missions. 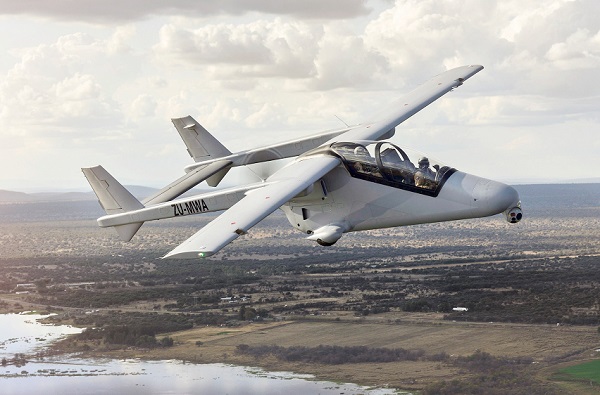 Certainly, the aircraft is starting to gather interest, with the orders recently from two undisclosed customers. Additionally, the Mwari Is also intended for simple licence production, with Paramount stating that kits can be supplied or indeed entire “micro-factories”, as they put it, for clients to build their own aircraft.

And by aiming for customers in Africa and Asia who have security issues but struggle with the finance to acquire enough aircraft to deal with them, well, the Mwari might become far more common than not in the future.