While many countries are exploring the possible use of Unmanned Combat Vehicles – otherwise known as UCVs – most are comparatively light vehicles with a focus generally on infantry support and light reconnaissance.  But it seems that Russia is taking the possibility of integrating UCVs into their heavy forces very seriously.

The Russian military, which is currently conducting its massive ZAPAD-2021 field exercise, has taken the opportunity to demonstrate two of its newest UCV weapon systems.

In what the Russians claim is the first time ever, Uran-9 and Nerekhta Unmanned Combat Vehicles were integrated into combat formations to be part of the exercise and to test and demonstrate just what they were capable of. Taking place at the Mulino training ground, the two UCVs were used to conduct various exercises.

The Uran-9, which is primarily designed as a weapon carrier and features quite formidable firepower, successfully engaged simulated attacking infantry and armoured targets at ranges of between 3-and-5kms. 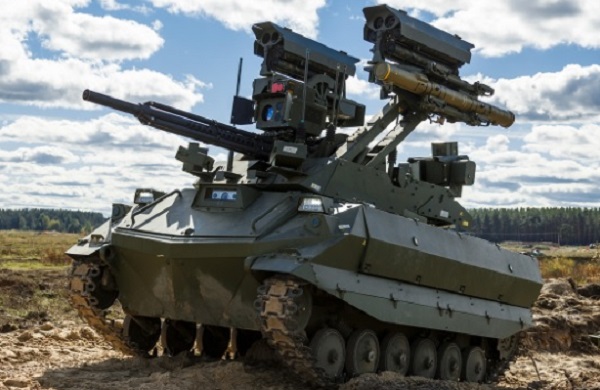 It did this with Ataka anti-tank missiles (NATO codename AT-9 Spiral-2), PDM-A thermobaric rockets and with 30mm cannon and machine gun fire.

The much smaller and lighter Nerekhta combat robot was used to provide recon and fire support to advancing armour units. 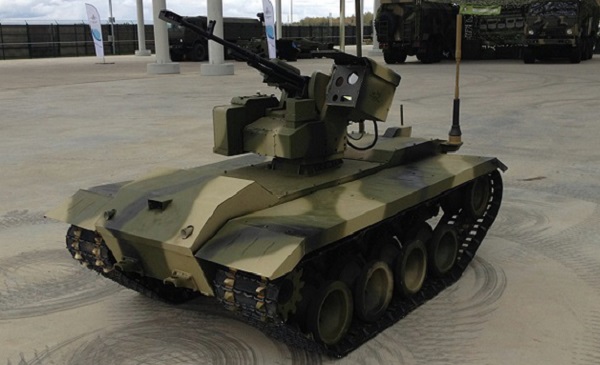 Armed with a 12.7mm Kord machine gun and a 30mm AG-30M grenade launcher, the Nerekhta can also be used to call down and correct artillery fire.

As said, the Russians seem very keen on using UCVs, and of their potential for export sales. They state that the Uran-9 has already been used in Syria, though not very successfully according to some sources, but are reported to be interested in selling the system abroad. Possibly the demonstration is hoped to put to bed the concerns over the Uran-9’s capability.

Less is known about the Nerekhta, but it appears to be a much more modest chassis and design more in line with other countries UCVs.

Though the actual effectiveness of both UCVs is still effectively open to conjecture, the continued development and experimentation of these systems demonstrates that they are going to be a part of future ground forces in the near future.