Unmanned vehicles – or drones, as is much easier to say – are currently all over the military news sphere. Mostly this is because of developments in Ukraine, where Russia has begun using large numbers of Iranian designed and supplied aerial drones in swarm attacks, whilst the Ukrainians recently launched a raid on the Russian Black Sea fleet with multiple Unmanned Surface Vessels i.e. drone kamikaze boats.

But the US Army has just conducted a series of trials that are interesting as they have been exploring the possibility of integrating unmanned technology systems with in-service platforms. In early October the Army, along with DARPA and Sikorsky, successfully conducted trials for the first time with an unmanned Black Hawk helicopter. This flew several mission profiles over several days, including with internal and external cargo and a simulated rescue operation. 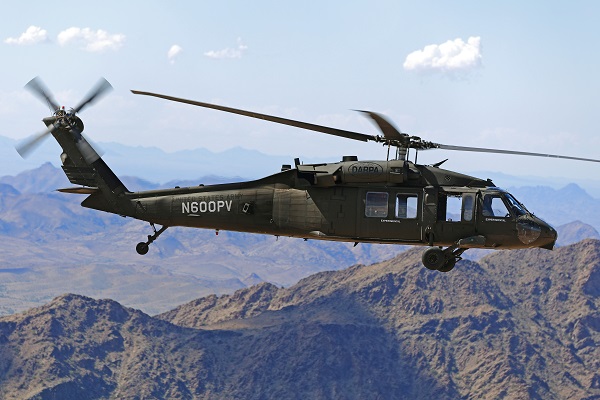 The intention was to demonstrate how current and future helicopters can be capable of flying complex missions without flight personnel actually being onboard. This opens the possibility of high-risk missions being attempted that might otherwise not be considered feasible due to the risks to the flight crew being unacceptable.

The trial involved the pilots flying to a waypoint, disembarking and activating the autonomous control system, which is designated as the Sikorsky MATRIX. In the tests the Blackhawk then flew autonomously at speeds of 100 knots at heights as low as 200 feet (61m) through rough terrain. 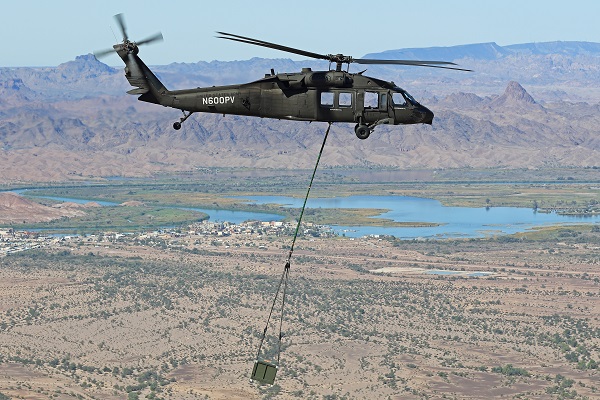 In fact, the description of one of the tests is interesting in demonstrating the potential of the system. The Black Hawk lifted off with a 2,600 lbs. (1179 kg) external load attached to a 40-ft (12 m) sling suspended underneath the aircraft. It then flew for thirty minutes to the drop zone, but once there encountered a simulated hostile situation.

A ground operator ordered the test aircraft to release its load in a safe location and then land at another site to collect a casualty and take it to a field hospital. This manikin was fitted with a BATDOK patient monitoring device that was able to relay the simulated patient’s vitals to ground-based medical personnel via the helicopter’s communications system.

Experiments on using unmanned helicopters in actual field conditions have been ongoing for over a decade, with the Kaman K-Max being used with the US Marine Corps in Afghanistan for several years on resupply missions.

But with MATRIX, Sikorsky appear to be aiming at integrating more sophisticated autonomous flight operations into both current rotary-wing aircraft and potentially as a standard feature in future helicopters planned for the US military, including the new DEFIANT-X and RAIDER-X.

Helicopters have long been recognized to be highly vulnerable to battle damage, and the danger to flight crew in high-risk operations has basically had to be a factor in their use since the start of military rotary aviation. But if the MATRIX system works out as promised, then perhaps we are approaching the time when helicopter support will become even more useful in combat situations.