A few years back I wrote an article for The National Interest where I discussed how the previous years of conflict in Afghanistan and Iraq had demonstrated the need for a cheap, lightweight guided infantry weapon capable of being used in a multitude of roles. Western forces had got into the habit of using things like Javelin anti-tank missiles for taking out individual enemy positions. I mean it works really well, but it is kind of expensive.

Since then we have seen the large deployment of what are termed as “loitering munitions”. The Armenian-Azerbaijan War in 2020 saw these used in considerable numbers, and to good effect, though they were generally larger designs more akin to a large remote controlled aircraft.

The wars since then, principally in Ukraine, have seen a number of weapons deployed that have been purposely designed for the role, such as Switchblade, or else the converting of civilian drones to carry and drop payloads such as hand grenades or mortar bombs.

But Israeli defence contractor IAI have just announced they are developing a new weapon for the US Department of Defense that probably best fulfils the role I was envisaging; POINT BLANK – a hand-launched guided infantry missile. 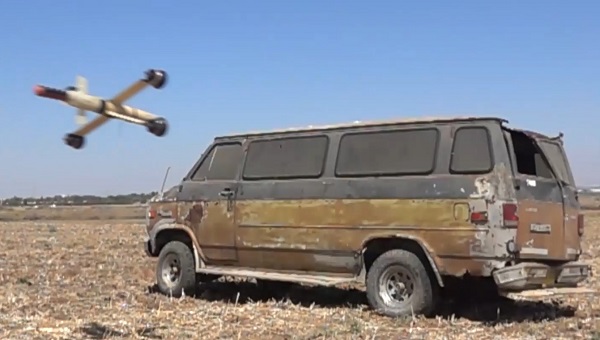 The weapon is essentially like a big electric park glider similar to what people fly for fun…with a warhead. And IAI has just signed a multi-year, multi-million-dollar contract with the US Department of Defense to develop and deliver the new weapon.

POINT BLANK is an electro-optically guided missile, that can be carried in a soldier’s backpack. The munition is launchable by hand, an advantage over other, current systems that normally require a specialist launching system. It is capable of being operated by that single soldier and is recoverable, dropping down in a controlled manner to be caught if necessary. 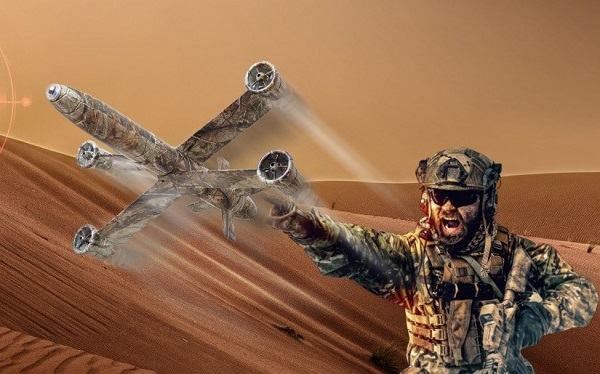 The munition has a top speed of 178mph (286km/h) and a maximum altitude of 1,500 feet (c.460m). This means POINT BLANK can be used for real time reconnaissance missions as well for attack, plus can be recalled should the target no longer need engaging. And it does all this with an all-up weight of 15lbs (6.8kgs) and a total length of three feet (0.9m).

IAI haven’t specified what the warhead will be, but I suspect it will have a multifunction one or possibly swappable payloads for different roles. The utility of a cheap, multipurpose, non-line-of-sight precision weapon that can be used right down to the individual level is going to be a game changer, and I suspect that POINT BLANK, and the many derivatives that it will inspire, are going to become a standard feature in the near future with infantry forces all across the globe.

Indeed, IAI are planning to deliver the first prototypes to the DoD for testing and operational evaluation some point this year.

So, keep your eyes open, because these will be coming to the battlefield soon.

Musings on the Need for a Cheap Guided Infantry Weapon