Ruben Hofs, who first reported the footage on Twitter, is also something of an open-source geolocation expert. He was able to narrow down the location to Lockheed Martin’s Helendale Radar Cross Section Facility.

This top-secret site has been involved in the creation of many of the United States most advanced aircraft and is located close to the famous “Skunk Works” facility.

Regarding the aircraft itself, it appears to be being carried upside down, with what is assumed to be the simulated cockpit towards the front. This is not unusual for these test models, as they are mounted on pylons at all angles so as to be beamed by various radars to test their stealth ability. 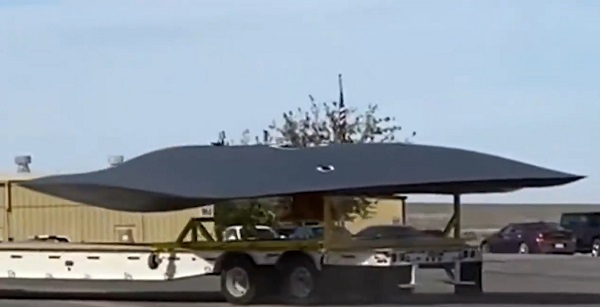 The model itself also has similarities to concept art released on the new USAF Next Generation Air Dominance fighter – NGAD for short – that is believed to be currently undergoing testing. 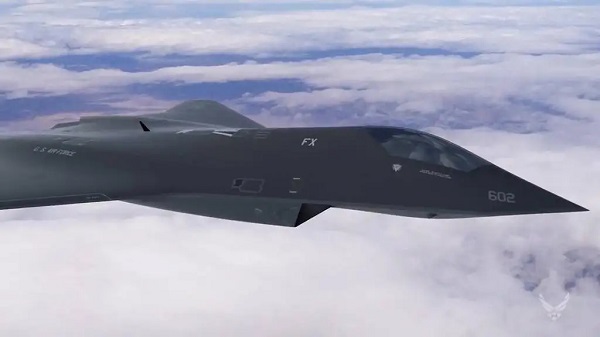 Information of the NGAD is extremely sparse, but the USAF have said that a full-scale flight demonstrator had already flown by 2020.

The Chief-of-Staff of the USAF, Gen.C.Q. Brown, also stated on a video conference in May of 2021 that the NGADs is planned to be the primary air superiority aircraft of the service in the not-too-distant future.

Of course, aviation writers being nosey buggers by trade, one couldn’t resist poking the bear on this mysterious model. Steve Trimble, Editor at Aviation Week, took the opportunity to show Gen. Mark Kelly, Commander of Air Combat Command at the USAF, this video.

I showed this to Gen Mark Kelly, Air Combat Command chief. His immediate reply was that he had no idea what it was. And then he took my laptop and stared at it for about 20 seconds. His expression was (WARNING: my impression) somewhere between confused and impressed. https://t.co/XY1MN3nYzV

So, we aren’t going to get anything out the US Air Force by the sound of it, which is hardly surprising.

Whether this model represents part of the testing program for NGADs, an entirely new aircraft under development, or just a concept for testing new ideas, we can only speculate on.

But what does need to be addressed, is the problems that militaries all over the planet are having with people posting stuff online.

This is hardly a new issue, but it is getting kind of silly.

After all, if an intelligence service managed to get this quality of footage inside a top-secret facility of a brand-new weapon system under development during the Cold War, that’d be considered an absolute coup! It would be medals and champagne all round.

Of course, it could all be some 500IQ level stunt being pulled by US intelligence to freak out hostile nations. And no doubt that idea will find plenty of currency.

But personally, considering how often events like this have occurred in the last few years in multiple countries across the globe, I think it may well be genuine. Open-Source Intelligence has become a huge asset to intelligence agencies, journalist and researchers. In places like Tigray and Burma it has become the primary, if not only way for outside parties to monitor the situation.

But it has also become a massive security issue for those wishing to keep their activities in the shadows.

So, I suspect quite a few people are going to get General shaped boots inserted firmly up their posteriors over this.