The United States has just awarded a contract for a new attack aircraft, though it might appear a little different from the sort of aeroplanes that the services of that nation’s military generally acquire. On the 1st August, the United States Special Operations Command (USSOCOM) confirmed that they chosen the L3 Harris Sky Warden to provide their next generation of air support. 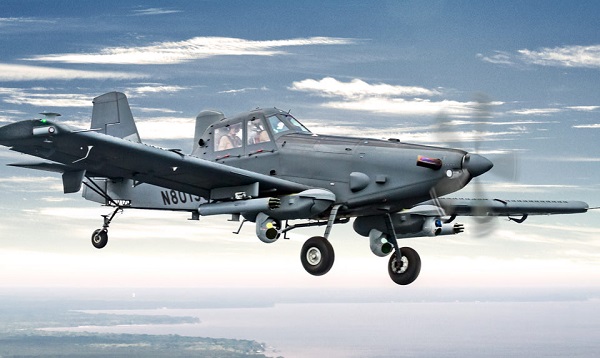 Six aircraft have been ordered as a preproduction batch, with purchase and development costs being $170 million. But the intention is to buy a total of 75 Sky Wardens, at a total fixed cost of $3 billion for the program.

The Sky Warden is based on the Air Tractor AT-802 agricultural aircraft, which is why it has a somewhat unusual look for a military plane. But for the requirement, it does make sense.

The AT-802 is designed to be a tough, working aircraft which can haul a fair amount of weight, be comparatively easy and cheap to maintain, economical to run and with a long loiter time at low levels.

L3 Harris essentially take new build Air Tractors and add a whole bunch of extras to turn the aircraft into the Sky Warden. These include up to eleven hardpoints and store stations, giving the Sky Warden a maximum combat payload of 6,000lbs (2722kgs).

But more important is the electronic suite fitted, which includes laser designators, Infra-red imaging systems plus anti-aircraft missile defences. And in contrast to its rugged and comparatively simple roots, the Sky Warden two-man crew have a cockpit layout that wouldn’t be out of place on a modern fighter aircraft, with HOTAS controls and cutting-edge data displays with touch screen integration. 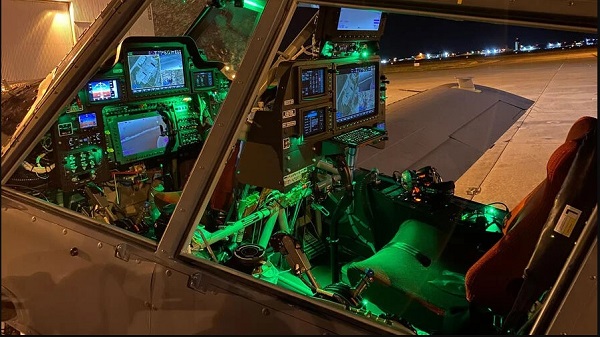 L3 say that the aircraft will be able to stay on station providing support or conducting observation and reconnaissance missions for more than eight hours. All this means that the Sky Warden is capable of both providing targeting information for strike aircraft, liaising with Special Forces teams on the ground and conducting precision targeting strikes of its own accord.

For this the aircraft is capable of carrying and using 70mm rockets, GBU-12 Paveway bombs, Hellfire missiles and the SOPGM series of weapons, comprised primarily of the GBU-39 small diameter bomb and AGM-176 Griffin laser-guided missile.

It might seem odd that the US military is buying these aircraft now, what with all the attention in the news on the major conflict in Ukraine and tensions in China ratcheting up. But truth be told, despite all the doom saying, the primary “hot” military engagements by the United States are, and probably will be for the foreseeable future, still in low-level insurgencies not peer-to-peer conflict. And naturally USSOCOM is the agency that is performing this role in conflict zones that get practically no attention from the outside world, in a host of countries mainly across Africa and the Middle East.

Obviously, the last twenty years have given SOCOM a mass of experience in the sort of aircraft that it wants for the role of supporting its ground teams and allied militaries in the field against insurgent and lightly equipped forces. One of the lessons it seems to have really taken to heart is maximizing capability while minimizing operational costs.

After all, aircraft like the A-10 may have been a real stalwart throughout the War on Terror and the intervention in Syria, but they are not cheap to run. And for many of the afore-mentioned low grade conflicts that are currently receiving USSOCOM attention, the military instead generally deploys the far more economical – and less well known – U-28A Draco. 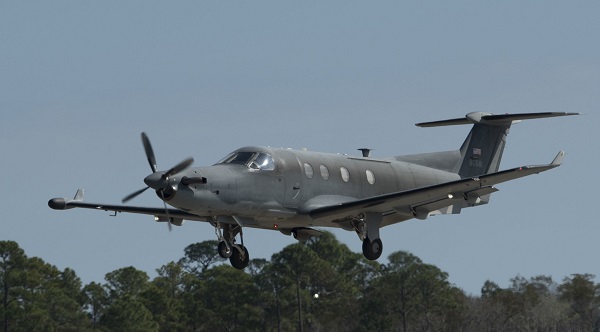 This aircraft, a derivative of the Pilatus PC-12, has been conducting Intelligence, Surveillance and Reconnaissance (ISR) missions, with light transport thrown in, for US Special Forces since 2001.

Now the Sky Warden is to replace it, and the experience of operating a specialist aircraft based on an extremely common and economical civilian aircraft no doubt has impressed on SOCOM the value of such a concept.

I’m sure there are some out there are wondering about the sense of employing a manned aircraft like the Sky Warden instead using UAVs such as the new General Atomics Mojave, which is expected to be in service soon, if not already.

After all, this is designed to provide reconnaissance, close air support and armed overwatch and be capable of operating from rough and short field strips – effectively the same mission as the Sky Warden but without risking any personnel.

One can only assume that USSOCOM still firmly believes that sometimes, you need the guys on the spot, arguably with greater situational awareness and less interference from the chain of command, to be able to make the call and pull the trigger.

Considering the remote nature, secretive and potential for rapid situational changes that their typical missions entail, that seems like a sound reason, but if anyone from USSOCOM wants to weigh in on their reasoning, feel free.

Putting crew into harms way in a converted crop duster might seem somewhat reckless. After all, the aircraft are probably going to spend a fair bit of time loitering over remote places at low level where the biggest threat to them will be small arms fire. But in addition to missile detection and countermeasure systems, the Sky Warden has armour for the crew and engine and self-sealing tanks.

So, though it may appear a bit strange, and likely you will hear comparatively little about the actions it is involved in over its forthcoming career, the Sky Warden is likely to be one of the most active manned combat aircraft for the next decade at least.