The British Prime Minister, Boris Johnson, has apparently stated that he wants to further support the Ukrainian military fighting against the Russian invasion by supplying additional weapon systems that are much more significant than what has already been sent. 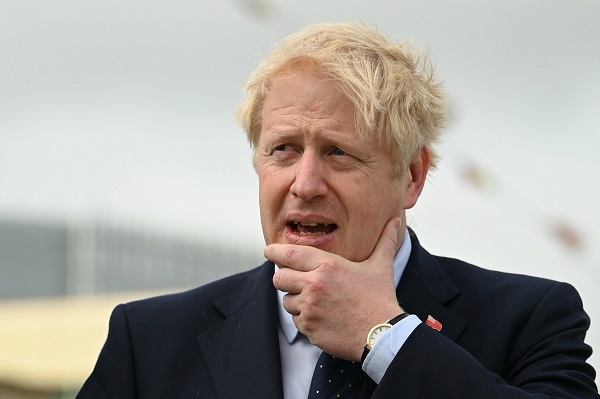 According to The Times Newspaper, Johnson has said that he wishes to provide both armoured vehicles and long-range artillery to the Ukrainians.

This would be a substantial step up on previous arms transfers. The UK has been one of the leading nations in supplying arms to Ukraine, even before the invasion occurred. In the run up, as tensions mounted, Britain transferred considerable quantities of NLAW light anti-tank weapons. This has been followed up recently by the transfer of Starsteak anti-aircraft missiles.

But his latest announcement, should it come about, is an escalation. Up until now, Western nations have shied away from suppling what is designated as offensive weapons, articles such as armoured vehicles and artillery.

Instead, they have limited themselves to so-called “defensive weapons”, such as anti-tank missiles and short-ranged anti-aircraft MANPADS. And though these have flooded into Ukraine, and wrought devastation on the Russian invasion force, they are by their nature not suited to high tempo offensive operations such as the Ukrainians now wish to conduct to push the Russians out.

This has long been recognized, with President Zelensky of Ukraine pleading with the West for tanks, armoured vehicles and artillery that would allow the Ukrainians to go properly on the offensive – pleas that have largely fallen on sympathetic, but deaf, ears – until possibly now.

Though this does raise the question of just what Britain, if it does go ahead with a transfer of offensive weapons, would send. After all, the British Army is hardly the largest or most lavishly equipped that it can spare much.

In terms of artillery, it seems that the system most likely to be sent would be the AS-90 self-propelled gun. This has a 155-mm cannon with a range of 25km with standard ammunition and further with rocket-assisted shells. As the calibre is the NATO standard, supplying these guns with ammunition would not be a problem. 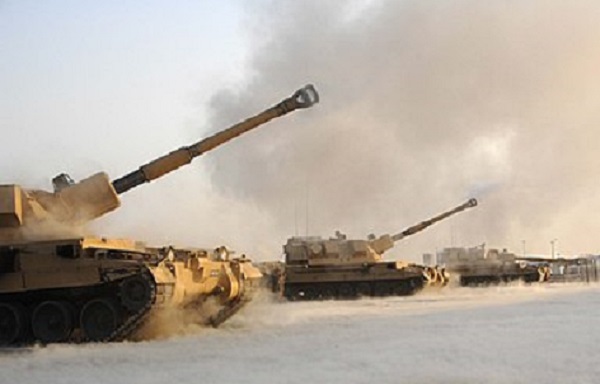 What might be is their limited numbers. Only 179 were built, and should significant numbers be sent to Ukraine they would be drawn from British stocks that are already quite limited. However, a system essentially using the AS-90 turret with a new hull, the Krab, is currently in production in Poland for their military. Should the Poles and British cooperate it may be possible that both systems could be supplied in worthwhile numbers.

Regardless, any of these systems that could be sent would represent a powerful new addition to the Ukrainian military.

In terms of armoured vehicles, things are far more limited.

Though President Zelensky has called for tanks and armoured fighting vehicles, Britain really doesn’t have many of these to spare. The UK currently has barely over one hundred Challenger tanks in service, and problems with the new Ajax IFV mean that the old Warrior vehicles are likely to have to soldier on for some time more.

It seems likely that the UK will send stocks of light armoured vehicles such as Jackals that it accrued during the War in Afghanistan. Though no doubt the Ukrainians could find a use for such vehicles, they are not what is required for the prosecution of a large-scale conventional war.

Because despite the doubters, for that only tanks and Infantry Fighting Vehicles can do that. The British would likely buy stocks of tanks from other countries that the Ukrainian’s could use that are already in service with them, such as the T-72.

But to be honest, there is only one country with a stockpile of modern heavy equipment large enough to likely make a difference in this war – the United States.

And whether they are willing to start supplying the Ukrainians with such items, along with all of the logistical and training requirements that go along with operating such specialist weaponry, remains to be seen.