Euro Fighters? EU Supplying Jets, Drone Stories and the Fate of the An-225

In a move that I’ll admit I was quite surprised at – as were many others, I suspect – on the evening of Sunday the 27th of February the European Union announced that they are going to supply fighter aircraft to Ukraine to assist against the Russian invasion. These would go towards replacing losses that the Ukrainian Air Force has suffered in the last four days of fighting.

Jaw-dropping. Borrell says EU military package may include "supplying fighter jets" for Ukraine's air force, EU has spoken w/ Ukrainian foreign minister "about the type of jets the Ukrainian military needs" & there are "member states…able to supply them" https://t.co/hSTlGIrIdo pic.twitter.com/6RdT5rJKiT

The EU is not traditionally in the habit of supplying weapons, it generally being up to individual member nations own policies and sales efforts. In fact, as far as I am aware this is the first time the organization has actively coordinated such a weapon transfer.

But, putting aside the ramifications of the EU actions in the wider geopolitical context, what sort of aircraft would they have available to send that the Ukrainians could use?

It probably comes down to one, possibly two choices. 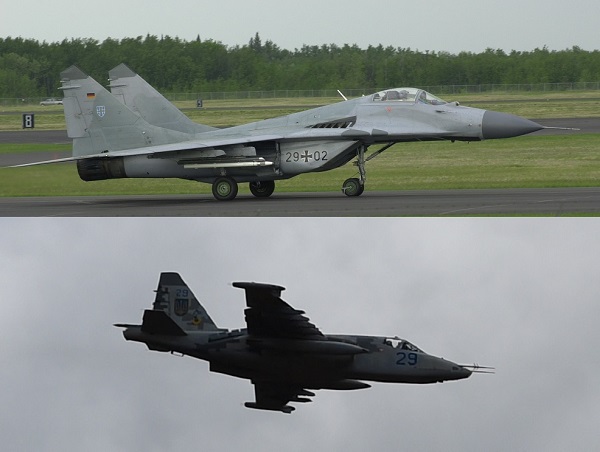 Currently both these types are operated as key front-line aircraft by the Ukrainians, but there are some still operated by a few EU nations, legacies of the Cold War.

Probably the best of these are the MiG-29AS’ that are used by Slovakia. 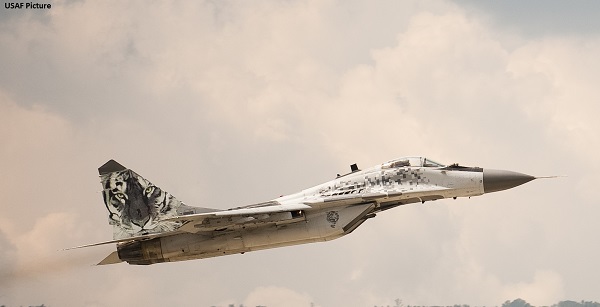 Twelve (which includes two trainer variants) are currently in service and they have received upgrades to make them compatible with NATO standards. These included new navigation, communications and IFF equipment, as well as fitting LCD screens to provide these old aircraft with a “glass-cockpit” control structure.

Despite the upgrades they also retain the ability to use their original Soviet weapons, useful as these are the same as employed by the Ukrainians.

Poland operates thirty MiG-29s that they too have upgraded to meet NATO standards, but apparently at a more basic level than the Slovakians. However, they are still perfectly combat capable and probably comparable to the Ukrainians current versions.

The final operator is Bulgaria, which flies fifteen MiGs currently. 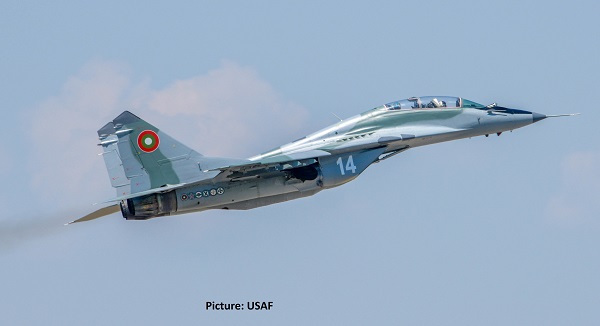 These are literally on the verge of replacement, and I am uncertain on their combat status currently. But, considering the circumstances I am sure that would be rectified in short order, and even if not, they could certainly be used as spare parts for transferred aircraft or the existing Ukrainian fleet.

The transfer is also not likely to impede the air defence of the three countries either, as all were in the process of replacing the MiG-29 in their inventories in the near future; the Bulgarians and Slovakians with F-16s, the Poles with the F-35.

Given that Ukraine previously stated that they had received supplies of missiles from EU countries that could be used on their own Soviet-era aircraft, it seems entirely likely that the three donors will use the opportunity to get rid of their stocks of old ordnance as they are transitioning to Western supplies anyway.

The other type under consideration is the Sukhoi Su-25. This attack jet, practically considered as the Soviet equivalent of the American A-10, has certainly been in use with both sides in the ongoing conflict, and due to its function as a low-level attacker, has seen several shot down.

It is basically impossible to establish what sort of losses the UAF has taken with any reliability, but no doubt additional stocks of Su-25s would be welcome regardless.

Currently, Bulgaria operates an estimated 14 Su-25s. These have seen some upgrades over the years, though are not apparently up to NATO standard. Despite that, they do represent Bulgaria’s only dedicated ground attack platform, so transfer seems unlikely, unless the Bulgarians don’t particularly care to have such a type in inventory, or else they could replace it with something else. 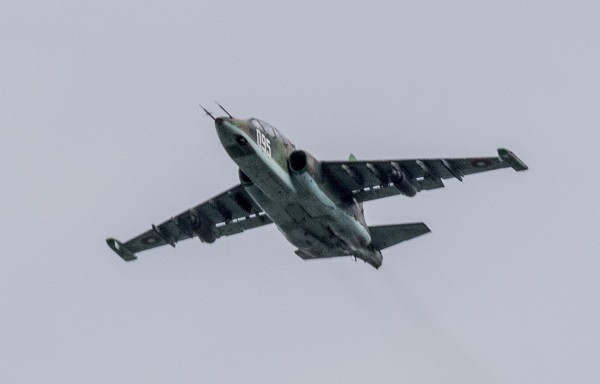 Regardless of just how many aircraft the EU decides to supply – and my money is on all the available MiG-29s – the numbers still seem low, especially when we consider that this is being pitted against the might of the Russian Air Force, a far larger and technically sophisticated organization.

But they haven’t exactly shown themselves, so far, to be very effective. Which raises the question of just what went wrong in the Russian air war plan?

Prior to the conflict breaking out, most observers expected the initial Russian air-and-rocket strikes to effectively eradicate the Ukrainian air force either through its destruction or else by blasting its airfields into inoperability.

But that didn’t occur.

Though strikes were recorded on major facilities, the Ukrainian air force not only survived the initial ordeal but came out fighting. In fact, we saw the birth of a legend – the “Ghost of Kyiv”. a topic that will no doubt be of great interest to future historians when proper research is possible.

What is of current interest to military professionals will be what went wrong in the Russian plans and went right for the Ukrainians. This is speculation from me now, but best guess I’ve got is, at its simplest, the Russians held back their initial attacks for fear of creating too much collateral damage and alienating the Ukrainian population.

It certainly looks from the hardships the Russian offensive is experiencing that they didn’t expect to encounter the level of resistance from either the Ukrainian military or population that they have. In fact, they probably expected it to be a repeat of their takeover of Crimea.

Meanwhile the Ukrainian military, despite the messages coming out of Kyiv prior to the invasion that there would be no fight, seems to have taken the threat seriously and dispersed their assets, probably to temporary fields that the Russians were not aware of.

Ironically, it is exactly for this reason that the Soviet-era jets that both sides are using were expressly designed with rough field capability – it allows your air force to not be tied down to airfields.

There are also failings in the Russian air defences, which have led to another surprising situation. Prior to the conflict, the UAF took delivery of several Turkish-built TB2 drones. These have acquired a rather good reputation in combat, with them being used in the Azerbaijan-Armenia War and in Libya. They had also been used by the Ukrainians against separatist forces. 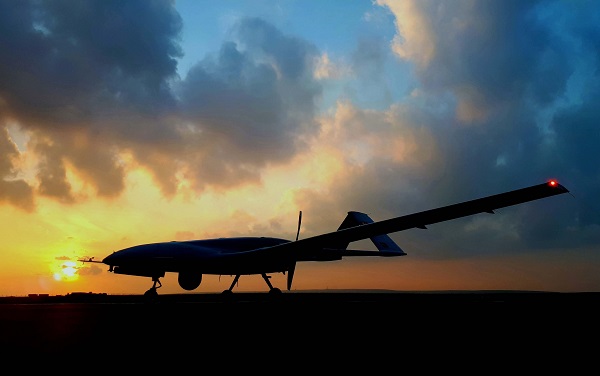 But the consensus was that whilst these weapons are extremely effective against lower-grade opponents without effective counters, they would suffer against a first-rate enemy with access to modern air defence and electronic warfare capabilities. It was also thought that the TB2s would likely be neutralized when the bases they relied upon for operation were destroyed.

But instead, the Ukrainian military has been releasing quite a lot of footage taken from TB2 strikes on Russian forces advancing into the country. There is also footage on the Russian Telegram app of troops complaining that they are being circled by drones and being attacked by them.

Now, let’s not pretend that this situation is likely to continue. The Russians seem to have started badly and made a lot of mistakes in their plans and assumptions; the continued resistance from the UAF being an obvious example of this.

But they will be no doubt planning on rectifying those mistakes. We will wait to see if they manage it.

As a final detail for the aviation nuts out there, well I am afraid there appears to be another unfortunate event. According to reports, the Antonov An-225, the world’s largest aircraft to see service, has been destroyed.

A one-of-a-kind aircraft, the An-225 was based at Gostomel airport near Kyiv. When the airport came under shelling, the hanger that housed the aircraft was captured on satellite images burning. 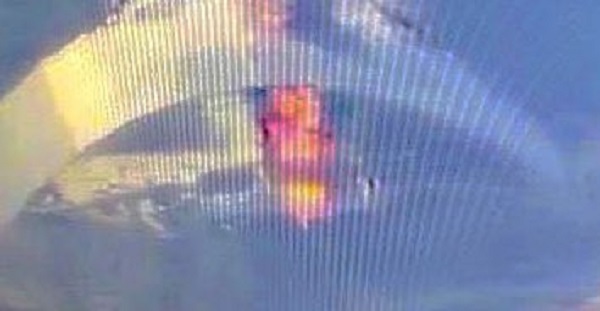 The manufacturer, Antonov, did state that they have not been able to appraise the aircraft’s condition, and that they would update when they had been able to get technicians to the site. But it seems likely has been consumed by the fighting.

It seems silly to talk about the loss of a single aircraft when so much tragedy is unfolding. But the loss of this unique aircraft is a sad footnote in this whole sorry story.

How You Can Help Ukraine

Interview with Prof. Alaric Searle on the Russian Invasion of Ukraine