US Missiles Being Used by Ukrainian MiGs

Yesterday the Ukrainian Air Force released a very interesting video. It wasn’t just interesting in that it demonstrates that the UAF appears to still be flying, something the Russian military has asserted is no longer occurring, but also appears to show that the Ukrainians have successfully integrated the American HARM missile onto their Soviet-origin fighters. 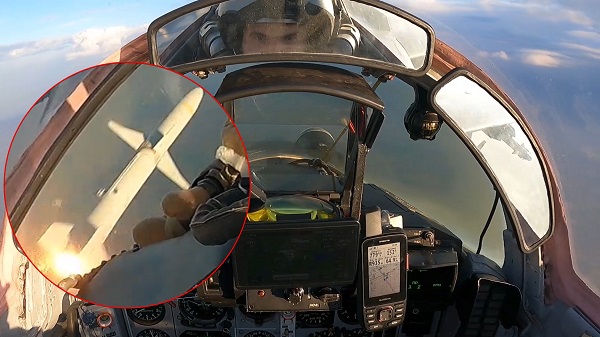 In the footage the Ukrainian pilot, flying a MiG-29 fighter, ripple fires two of these missiles. What is impressive is that the Ukrainians, no doubt with extensive assistance from the US, has managed to integrate the missile onto these legacy aircraft at all!

The AGM-88 High-speed Anti-Radiation Missile – HARM for short – is an air-to-ground weapon that is used to attack hostile radar systems, typically those associated with Surface to Air missiles.

Typically, HARMs are carried in areas where SAMs are likely to be and are used to counteract the threat they pose. A hostile radar is picked up by the specialist warning equipment carried by the HARM-equipped aircraft. This relays information to the missile such as the radar’s frequency, direction and range, which allows the missile to home in on the target and destroy it, thus neutralizing the danger it poses.

However, though this method of usage is optimal for the HARM, they can also be pre-programmed before launch to attack a specific radar system. This though requires an exact idea of the intended target’s radar frequency and a solid idea of where it is located, or else the missile will never acquire and will simply keep going until it runs out of fuel and falls to earth.

The usage of HARMs by the Ukrainians has been something of a mystery for several weeks now. It was known that the missile was in use by the Ukrainians as examples had been photographed in Russian hands after apparently failing during usage. Indeed, examination of the photographs indicates that these are an older model, the AGM-88B, which may explain the failures due to age and long storage.

What caused questions was just how the Ukrainians were deploying them. To integrate a complex missile onto an aircraft requires a precise development process so as to assess the initial feasibility and then the operational usage and dangers of combining a weapon and platform. After all, you are dealing with a myriad of explosives, propellant, engines, electrical currents and mechanical components that all have to work together correctly and safely.

Because if you don’t, that million-dollar weapon that you are strapping onto your multimillion-dollar jet’s wing is likely to at best not work, at worst just explode in place when you try to use it.

(If you want to see an example of the tragic consequences that can happen when weapon mountings do develop faults, see my video on the shooting down of the Cuidad Juarez.)

This integration gets far more difficult when you are trying to merge two foreign systems that are alien to one another as is the case with MiG-29s and HARMs. Everything from weapon mountings, electrical circuits and current, and even the computer languages and systems employed by both the weapon and the aircraft are utterly different.

I’ve been trying to come up with a simple analogy and I think the best I’ve got is getting a petrol car to run on diesel – sure, you might be able to do it, but it’ll need a ton of effort and probably won’t work very well anyway.

And it is notable that Eastern European NATO members, many of whom have operated legacy Soviet designs for decades now, generally haven’t gone to the effort of integrating advanced Western weapons into their aircraft inventories, instead relying on older Soviet models.

In fact, the few examples of cross-integration of NATO and Soviet aircraft and weapon systems tend to focus on applying Russian missiles – which are cheaper – to Western aircraft, such as India’s use of R-73s on their French built Mirage 2000s.

The complexity of all this meant that some speculation was made that in fact the Ukrainians were using their HARMs from ground mountings, though this would significantly cut the range that the missile was capable of. But it appears that the Ukrainians have managed the integration, and by running some sort of hack on their MiG fire control system.

The HARMs used are mounted on the MiGs inner pylons that would normally hold R-27 air-to-air missiles. The fire control display at launch indicates that the weapon selected are R-27s, so the Ukrainians have changed the software in their MiGs to make it think HARMs are in fact that type of missile. 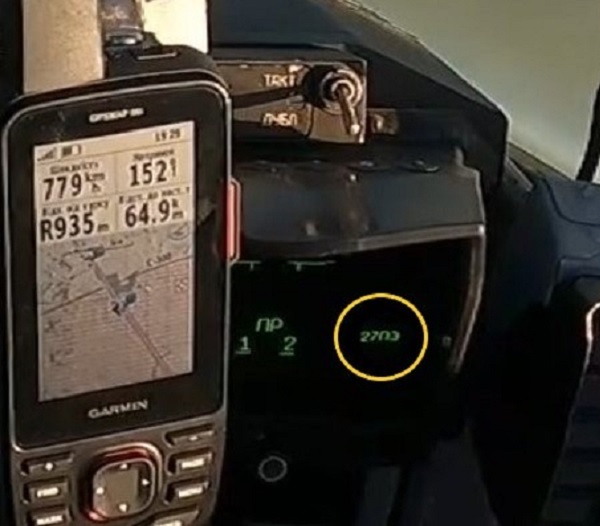 Obviously, there is far more to it than just that, and the means of acquiring targets is also unknown. The assumption is that the HARMs are being used in their pre-programmed target setting, with all the targeting information being uploaded before take-off. This naturally is more constraining than when the pilot can use the weapon to react to threats but is still a useful addition to the Ukrainian Air Force capabilities.

They have reportedly been experiencing serious issues in replacing their stocks of Soviet-origin ordnance for their aircraft and the addition of these new anti-radar missiles offers to greatly complicate the Russian air defence’s problems.

It will also be interesting to see if further weapons will now be integrated onto Ukraine’s MiG’s and Sukhoi’s.

Again, it won’t be simple.

But if there is one lesson of war that is once again being demonstrated in the Russian-Ukraine War, it is that improvisation is king.

Every Weapon* Sent to Ukraine as Military Aid Listed

What Is the VAMPIRE Anti-UAV System?