Ukrainian Pilots and Crew to Train on US Aircraft and Russia Looking at Iranian Drones?

The United States Congress last week reached an important point to potentially supplying combat aircraft to Ukraine. On Thursday, July 14 the 2023 National Defense Authorization Act was passed, and amongst the billions of dollars being authorized for use by the US military was a $100 million provision to provide training for Ukrainian pilots and maintainers on American fixed-wing combat aircraft.

It is important to point out that this does not authorize the US Government to supply such aircraft to Ukraine but is the first step and sets the groundwork for a follow up bill that would need to be approved by Congress and President Biden.

Ukraine has been trying to acquire US military aircraft since even before the Russian invasion in February and has been extremely vocal in its call for aircraft like the F-15 and the F-16 to be supplied. 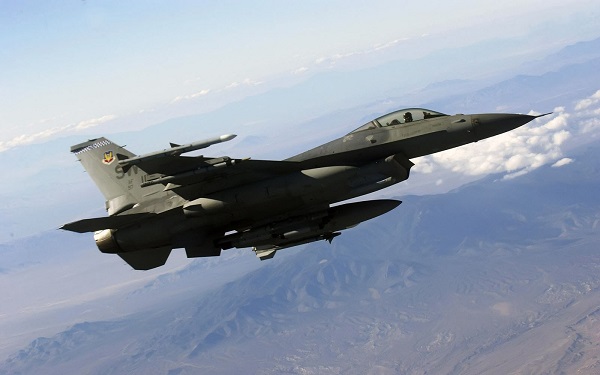 The Ukrainian Air Force has actually performed extremely well in just surviving and continues to attack Russian forces whenever possible. But their fleet of aging Sukhoi’s and MiGs cannot last forever, and obtaining new aircraft is imperative if they are to continue to operate.

In an interview with the US Air Force Magazine last week Col. Yuri Ignat, chief spokesperson for the Ukrainian Air Force said that obtaining F-16s – and ideally F-15s – was crucial to continued operations.

Training of Ukrainian personnel would take an estimated six months, but obviously the issue is one of great political complexity. Providing modern aircraft to Ukraine would be a significant escalation from Washington, but honestly seems logical. More advanced weapons have gradually been provided over the last few months by the US and European nations, and this creeping escalation does seem to be headed towards a gradual reequipping of Ukraine’s military with western equipment.

At the moment though, the fighting appears to be effectively a stalemate, with both sides having incurred heavy casualties. While Russian forces managed to drive the Ukrainian army out of Lysychansk at the beginning of July, their momentum has effectively stalled, and they have been relying on the heavy use of artillery as an attritional tactic.

However, according to an analysis of Professor Phillip O’Brien of the University of St. Andrews this too has seen a degrading in capability recently due to the arrival in Ukraine of new and highly precise HIMARS and M270 rocket systems.

Sunday update, we should know soon the effectiveness of Ukraine's ranged attacks on Russian logistics. So far the signs are that they have restricted the amount of concentrated Russian artillery fire–which if it continues represents an important point in the war. pic.twitter.com/D1ZCe0XGs8

These have been systematically targeting major Russian munition depots throughout Luhansk and Donetsk and this is thought to be responsible for the marked reduction in Russian artillery fire in the Donbas after July 9th.

The HIMARS’ do seem to have created a major issue for the Russians, and this may in turn be the reason for another interesting detail that has come to light recently.

According to the US Government the Russians have approached the Iranians with an eye to buying Unmanned Aerial Vehicles (UAVS). Russian UAVs have seen heavy use in the conflict but seem to have proven to be of variable quality. There is also speculation that the heavy losses suffered in Russian drones have led to the request.

Iranian UAVs are certainly not to be sneered at, and Iran has arguably one of the most extensive and experienced drone development and manufacturing programs on the planet. The country produces a vast range of types for different operational roles, and this might allow Russian force to revitalize their drone forces at the tactical and operational levels.

Iranian UAVs have seen widespread use against Saudi and allied forces involved in the war in Yemen and have proven very effective, striking major infrastructure facilities on multiple occasions despite the Saudi’s having extremely capable air defenses.

Iranian drones such as the Ababil-4 have the range and capability to hunt and destroy long-range weapons such as HIMARS, and speculation is that, should the story be true, Iranian-made UAVs may well be exactly what the Russians want for counter this new Ukrainian weapon.

They may also want Iranian 358 interceptor drones to counter Ukraine’s own UAVs, which have in the past proven extremely dangerous to Russian forces.

Whether any of this comes to pass remains to be seen. But the continued fighting, and gradual escalation in the equipment being supplied, suggests that it is highly likely.

Every Weapon* Sent to Ukraine as Military Aid Listed