The war in Ukraine has seen some important developments, potentially decisively so, in the last week. Russian forces have suffered a serious defeat and lost an important section of their conquered territory in a short space of time.

It appears that the Ukrainians have managed to put together enough fresh armoured and mechanized units to conduct a two-stage offensive.

The first part began on the 29th of August when an attack was launched on the Southern Front in the Kherson and Mykolaiv provinces. This offensive had been steadily prepared for at least two months with the Ukrainian Armed Forces (UAF) conducting long range attacks on critical Russian infrastructure throughout July and August, most notably on the 11th of July when a strike by a HIMARS rocket hit the Russian command post in Kherson city itself.

This was followed up by the Ukrainians using their other long range precision artillery to conduct strikes on key logistic depots and routes supporting the Russian forces in Kherson and the South, most notably repeated strikes on the Antonivka road bridge, a critical logistics route for Russian forces in South Ukraine.

When the attack was launched on the 29th of August it drew Russian reserves down to reinforce, and the UAF apparently broke through the first lines of defence before their attack was slowed by the stiffening resistance.

However, the Kherson offensive seems to have been just the first part of a two-pronged attack as on the 6th of September the UAF launched a large-scale offensive in the North-East, looking to drive the Russians back from the city of Kharkiv. Apparently, the Russian military had largely reached its limit in this theatre and their lines swiftly collapsed, leading to what several commentators have described as a rout.

Since then, the Russian military has been driven back a considerable distance, and is reported at the time of release as having been forced from the entire Kharkiv region.

While definitive confirmation isn’t possible, according to the Institute for the Study of War it appears that the UAF has pushed at least 45 miles (c.70km) and recaptured an estimated 3,000 square kms of their country between the 6th and 11th.

Russian equipment losses are reported to be heavy, with the UAF releasing multiple videos of seizures of abandoned tanks and munitions dumps. 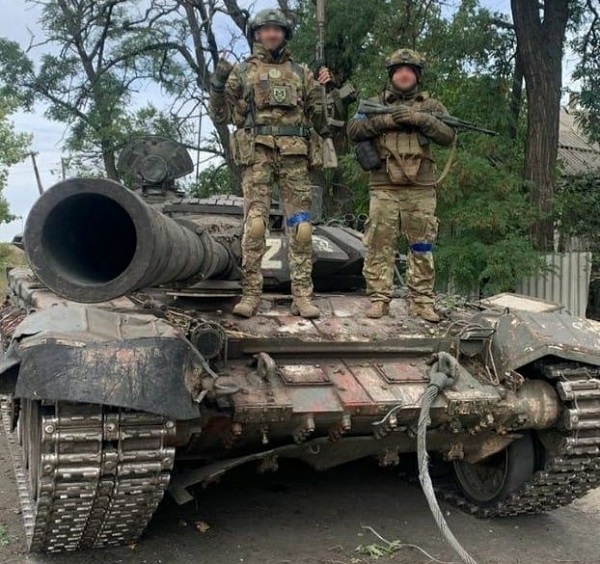 In summary the Ukrainians have pulled off a great combined arms manoeuvre by drawing the Russian’s attention with their Kherson offensive, causing their adversary to reinforce by striping their reserves and then landing their main blow, allowing their breakthrough on the weakened north-eastern front.

I’m using Patton’s words slightly out of context, but I think the old General would forgive that, as it seems appropriate. I’m also sure he would thoroughly approve of the Ukrainians tactics.

The implications of the Ukrainian offensive are also extremely significant. The territory that the Ukrainians have seized holds key points that are critical for both sides. The retaking of the town of Izyum prevents the Russian’s from conducting their own stated intention of taking control of the whole of Luhansk.

But probably more importantly, Ukrainian forces are now in artillery range of the final railway under Russian control in the Northeast.

The Russian army is heavily reliant on rail transportation for moving its equipment and supplies, and with their logistics almost certainly in chaos because of the losses suffered in the last six days, it is entirely possible that the Ukrainians may be able to cut this supply route as well. That would cause a huge complication for the Russian defences across the entire eastern front.

The collapse of the Russian army in Kharkiv also raises serious questions about their ability to sustain their “Special Operation” at the current tempo, and the losses they have suffered are simply staggering. The Russians have confirmed losses of over a thousand tanks, around 1,200 Infantry Fighting Vehicles and 53 aircraft.

There are also questions on how many casualties they have sustained, with estimates ranging from around 25,000 to over 50,000 dead and at least as many wounded. If the upper figure is correct, then Russia has nearly lost in six months what the US lost in the entire Vietnam War.

And though fighting in the original Kherson offensive has not seen the same “blitzkrieg” as occurred in the North, the UAF continues to attack and apply pressure in this region, no doubt hoping for additional breaks in the Russian military.

But though a remarkable effort, the war is far from done, and some commentators have wondered about the UAFs ability to sustain such efforts themselves. Honestly, I can only render an opinion on this, as I am not privy to the inner sanctums of either the Russian or Ukrainian command structures.

But time now very much favours the Ukrainians.

This balance is largely to continue to swing in the Ukrainian’s favour.

For starters, they now have a considerable haul of up-to-date Russian equipment captured in Kharkiv to revitalize their forces. But their demonstration of their capability as armoured warfare practitioners will likely encourage the NATO nations to see about finally supplying heavy weapons such as tanks and IFV’s.

While this has up to now been thought to be too complicated, expensive and politically sensitive to do, the example of what the UAF has achieved with a rag bag of cast off HUMVEEs and M113 variants appears to have made Western policy makers sit up and take notice and there are rumblings of the US given serious consideration to transferring heavy armour.

And the UAF has certainly showed its ingenuity, even integrating US-supplied HARM anti-radiation missiles with their Soviet-origin Su-27 fighters. 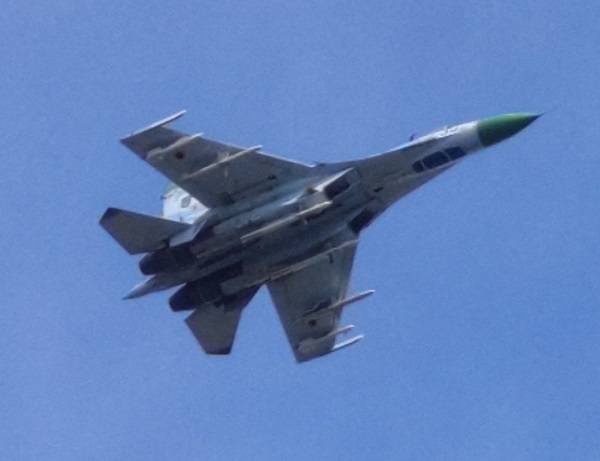 Additionally, the Russians still have no counter to the advanced artillery and HIMARS rockets that have been exacting a disproportionate toll on their plans. Considering the comparatively small numbers supplied, and the effect they have had in hitting precise targets of value, the possibility of more being given to Ukraine must represent a considerable concern for the Russian high command.

As it stands, the coming weeks and months will only see the UAF getting stronger and better equipped, while the Russian military is drawing ever older and older equipment from storage and turning to nations such as Iran and North Korea to supply them with material.

Ukraine will also continue to enjoy a real, and generally underappreciated boon, in the shape of the intelligence that they receive from NATO. As one Ukrainian official told the Economist:

“They are blind, and we see everything.”

The Russians is contrast seem to be following the same pattern, though Putin is facing more calls to fully mobilize for war. But that raises the question of just what that would cost the Russian state and economy.

Because to be frank, sending barely trained and equipped boys and men into combat against an opponent that is growing increasingly confident and stronger is just going to see more body bags getting shipped back to Russia for nothing, a further misery inflicted in a miserable war.