The British government has awarded Rheinmetall BAE Land Systems (RBSL for short) a contract valued at £800 million to upgrade 148 of the British Army’s Challenger 2 Main Battle Tanks to a new standard – the Challenger 3. 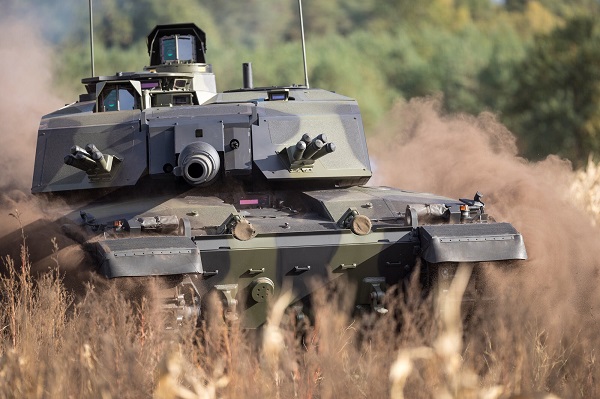 Though the tanks will be built on old vehicles, the army and RBSL state that they will essentially be new, fully optimised for the modern integrated battlefield.

To be fair, though the Challenger 2 has a reputation as a good tank, it first fielded 25-years ago and that is a long time for a front-line MBT to operate in essentially its original form. In fact, initial work on what was to ultimately evolve into the Challenger 3 program started all the way back in 2005!

So, the upgrade is very much due.

The most noticeable difference will be the adoption of a new, smoothbore gun. Despite most major tank builders adopting this type of weapon decades ago, the British have been unique in retaining rifled guns on their MBTs.

But that era is now passing as the Challenger 3 will have the Rheinmetall L55A1 120mm smoothbore. A derivation of the same gun is fitted to several later models of the German-built Leopard 2.

The British state that the new weapon will allow the Challenger 3 to use the latest kinetic energy anti-tank rounds and programmable multipurpose ammunition. It will also provide an increased first-hit capability and be integrated with the latest fire support technology. Key to this is the long-range commander and gunner primary sights being improved with automatic target detection and acquisition. 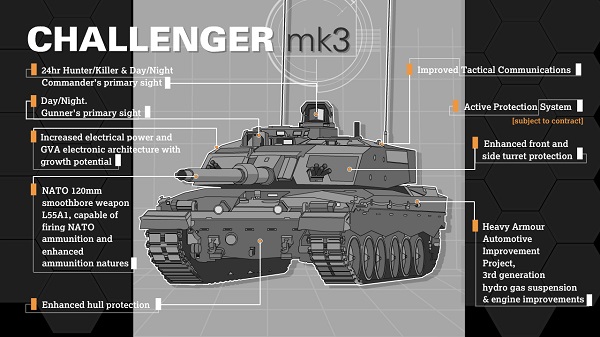 According to RBSL, this is all integrated into a rebuilt turret with improved survivability systems which will provide the highest standard of protection for the crew.   A new modular armour has been developed for the Challenger 3, which the British describe as “world leading”.

Quite a claim, but the British have been at the forefront of tank armour development for several generations, so the statement should be taken seriously.

This will be further supplemented with an active protection system (APS) that will be fitted to the tank, though which model has not been specified.

Additional armour improvements will be made to the hull, and the engine and suspension will also receive upgrades. Most important will be the further integration of networking systems and electronic architecture that are becoming keystones in any modern warfighting system. 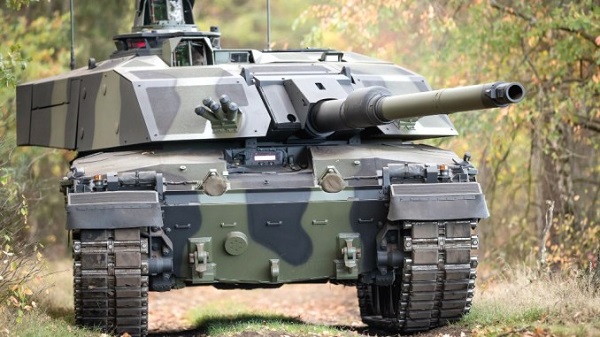 The first Challenger 3 are expected by 2027 and the type to be fully operational as the mainstay of the British tank fleet by 2030. They are then expected to serve until 2040 – though baring a major conflict I suspect they will go on longer than that.

RBSL certainly don’t seem to be limiting themselves purely to the British contract either. According to them, the Challenger 3 turret is capable of being fitted to the chassis of the “tanks of allies and global partners”. This offer of upgrading older tanks with the latest technology is likely to prove more lucrative for the company in the long run than the British contract.

Because let’s be honest, 148 tanks is not a significant number, and reflects the changing priorities of the British military. Heavy armour still has a limited role in the sort of policing / expeditionary warfare the UK is currently engaged in – and likely to be for the foreseeable future.

Should a major peer conflict begin in which the UK is embroiled, the deployment of a battalion of Challenger 3s is enough to make the point that Britain is involved, but not going to be a massive contributor to a conventional ground campaign.

The decision to retain a heavy armour capability is more about keeping a toe in the tank game, while emphasis shifts to new methods of warfare, principally drone and cyber. In fact, what we are seeing is almost a return to British military policies from before the First World War.

Britain traditionally used sea power and finance to fight its enemies, generally using its small army at strategic points to assist local allies. The UK will now look to provide assistance to allies through other methods of warfare, with the actual combat arm being reduced to a small part of the future military.

So, while the Challenger 3 fleet is certainly small it is – if the statements are all true on its capabilities – top notch.