The Indonesian Navy has ordered eight new frigates that will revitalize their aging fleet. The order, which has been made with Italian shipyard Fincantieri, is for two ex-Italian Maestrale-class frigates and six newbuild FREMM multipurpose vessels.

The Maestrale’s are old ships, commissioned into the Italian Navy in the 1980s. 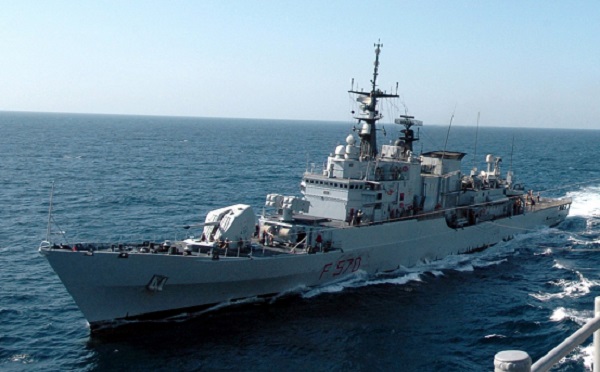 However, they will undergo a thorough refurbishment before transfer and are still very capable. Weighing 3,000 tonnes fully loaded, they are built primarily as anti-submarine vessels, but have competent air defences and long-range OTOMAT anti-ship missiles. Of course, it’s likely the Indonesians will have alterations made to match their latest weapon standards but if so, this will only make the refurbed ships more formidable.

The new FREMM frigates will likely be extremely capable vessels. A joint French-Italian project, the FREMM’s are of a modular warship design that allows operators to customize their ships to their specific purpose. 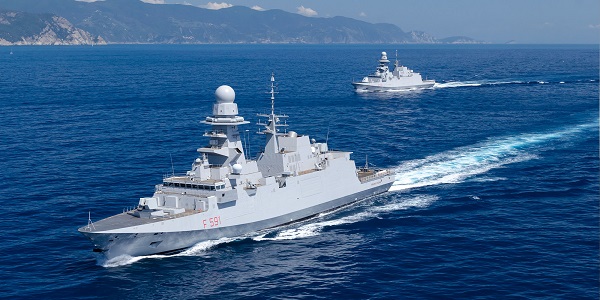 Thus, there is a range of weapon and electronic fit options, with each customer having a unique fit. There is also scope for expansion of the basic design to make rather large and extremely competent warships.

This is typified in the US Navy’s Constellation-class. An Americanized FREMM that is being built by Fincantieri Marinette Marine in Wisconsin, three Constellation’s are on order and as many as twenty may eventually be built. Weighing in just over 7,000 tonnes, the Constellation’s will have the sort of displacement and firepower that throws shade on most navies’ destroyers.

Whilst the Indonesian FREMMs will not be in that sort of class, they will probably be closely modelled on the Italian ASW variants. These are extremely capable sub-hunters, with modern sonars and towed arrays for long range detection of submerged targets.

All in all, the acquisition of the eight frigates represents a quantum leap in capability for the Indonesian Navy – something that it demonstrably needs. Currently, the country operates seven frigates, supported by another 24 corvettes of varied quality. Of the frigates, two are modern, the Martadinata-class, which commissioned in 2017 and 2018. These are competent enough ships for patrols around the Indonesian archipelago but are much smaller than the FREMMs at 2,300 tonnes.

The other five frigates are the Ahmad Yani-class. 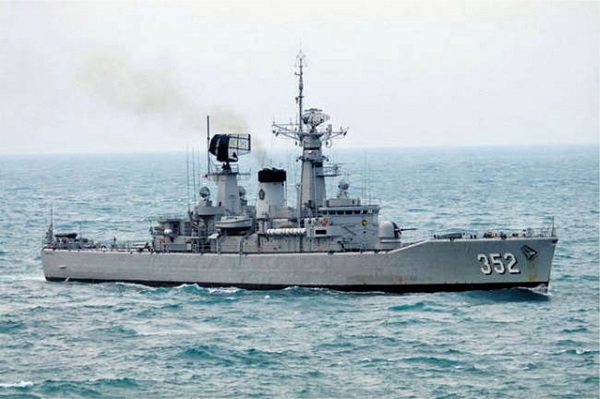 These are second-hand Dutch frigates that first commissioned in the 1960s and are based on the British Leander-class. These ships are very much showing their age and limitations, and their replacement by the Maestrales and FREMMS is all but certain. Though it is possible they may continue in reserve service should the Indonesians decide they need quantity as well as quality.

In the last few years, the nations in the Southern Pacific have become more and more alarmed at encroachments into their territory by China.

Though the countries in the region have long squabbled over territory, especially over rights to the potentially huge mineral wealth thought to exist in the seabed of the South China Sea, the status quo was largely maintained due to the comparatively limited deployable military strength of the nations in the region.

China weighing in has changed this dramatically. The Chinese military has been pushing further afield, building artificial islands in waters which are also claimed by Vietnam and the Philippines. They have also began flying military aircraft into the airspace of Malaysia.

Though China seems distant from Indonesia, they are evidently exploring the waters of the archipelago. As I reported previously, Chinese research drones have been found on several occasions washed up ashore in Indonesia or else caught in fishermen’s nets.

With international protest seeming to have limited response, it appears that the Indonesians are taking steps to ensure their maritime security, something that the other nations in the region are also undertaking.