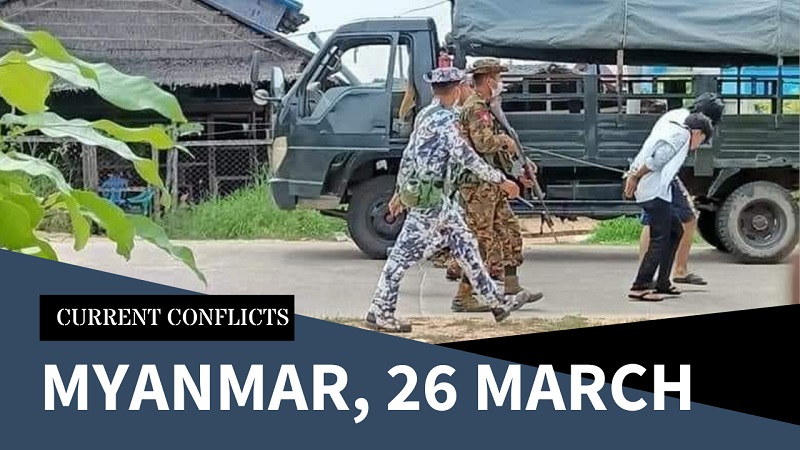 I did a report about six weeks ago about how the Myanmar army – also known as the Tatmadaw – had bought in troops from their notoriously brutal Light Infantry Divisions to help put down pro-democracy protests.

These demonstrations have been breaking out all over the country since the military took power on February 1 in what is technically not a coup under the country’s constitution but is considered one by pretty much everyone who isn’t actually in the Myanmar military.

The Tatmadaw has an awful reputation from its decades long conflict with various Ethnic Armed Organisations – known as EAOs – along pretty much the entire perimeter of the country. The military has done an efficient job of keeping the atrocities it commits on ethnic minorities over the years of civil strife from much of the population located in the major urban areas of Burma. Unfortunately, many of these are now getting to experience the brutality of their army at first hand.

Reports of attacks on civilians have been a feature since the beginning of the resistance to the military takeover, but now it seems that many are experiencing exactly the sort of brutish behaviour that the Tatmadaw has cultivated through long experience. Summary arrest has become a norm, with many simply being swept up and vanishing.

Soldiers and police are also reported to have been acting as little more than thugs, randomly destroying property and stealing as they please.

In addition, use of live ammunition is common in breaking up demonstrations and more than 320 people have been killed to date.

Aung Kaung Htet, 15, was shot dead by soldiers and police in Yangon’s Thaketa Township on Mar. 20 when security forces opened fire on anti-regime protesters in the area who were already dispersing. A man and a woman were also injured. #WhatIsHappeningInMyanmar pic.twitter.com/DEnHaZbVLm

There is also evidence that security forces have been using ambulances to shoot at protestors. 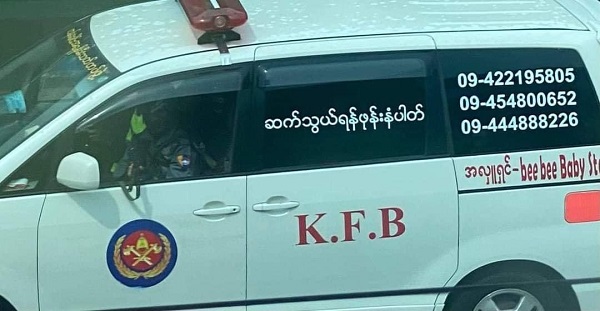 Even more alarming, there are also stories of the deliberate murdering of children by security forces. This sort of behaviour comes as no surprise to anyone who as heard the stories of Tatmadaw brutality against the ethnic minorities, but this is now being directed against the Bamar majority.

One such story is that of Khin Myo Chit, who was six years old. According to the Irrawaddy newspaper, when soldiers smashed in her front door she ran to her father for comfort, exclaiming she was frightened. One of the soldiers is reported to have said:

And then he shot her.

It is difficult to get verification of stories such as this. But considering this is exactly the sort of behaviour the Tatmadaw has engaged in for generations, it would not be surprising.

The international communities’ attitude has been to express concern and issue sanctions against certain members of the regime.

But this, quite frankly, does not count for a great deal, as was demonstrated when the US embassy placed a wreath to commemorate the death of one protestor. After the ceremony soldiers arrived and immediately removed it, which pretty much sums up the Tatmadaw’s attitude to all the international concern directed against it.

The police took a tribute wreath which was given by The US Embassy to Ko Nyi Nyi who gave his life during the fight for democracy in Myanmar. #WhatIsHappeningInMyanmar #March26Coup pic.twitter.com/hZDYOkpe1u

Alone and without weapons, the protestors have resorted to some interesting tactics – some ingenious, some…not so much.

One man was pictured using a potato cannon against the security forces.

We can salute a valiant effort, but against rifles and machine guns it pretty much sums up the desperateness of the situation.

Perhaps a little more innovative is a tactic deployed by woman protestors. Aiming to block off access to security forces, they are stringing barriers made up of underwear and longyi dresses.

In Burmese culture, for men to touch or pass under women’s underclothes is taboo. They believe such an action drains the man of his vigour, strength and luck. Again, I do not know how effective this tactic has proven, but it certainly gets full marks for creativity.

The situation in terms of with the EAOs, the ethnic forces that have fought the Tatmadaw for years, is looking somewhat improved. In Kachin State in the north of the country, the Kachin Independence Army (KIA) has launched multiple offensives over the last few weeks on the Tatmadaw. This has culminated in a major attack on the army’s positions on the strategic Alaw Bum hill, which overlooked the critical KIA supply routes along the Chinese border.

Video footage released by the KIA shows stores of weapons and munitions taken in their attack.

The KIA had also previously issued warnings to the Tatmadaw that they would not tolerate attacks on civilians, Kachin or not, and considered it their duty to defend any under military attack.

An increased belligerence is also coming from the Karen, who dwell in the eastern border regions. The Tatmadaw began increased attacks on civilian villages in the Karen areas from the date of the coup and now there are 8000 displaced civilians from these areas, according to a report by the Free Burma Rangers issued on March 24.

However, the Tatmadaw have recently made peace overtures to the Karen, perhaps concerned that the increased tempo of operations by other EAOs, plus the military’s need to control the central cities, has overstretched them.

This was publicly rejected by the Karen, who agree to meet for talks with the army on the proviso that they stand down all their forces engaged against protestors and EAOs and stop killing and robbing people. 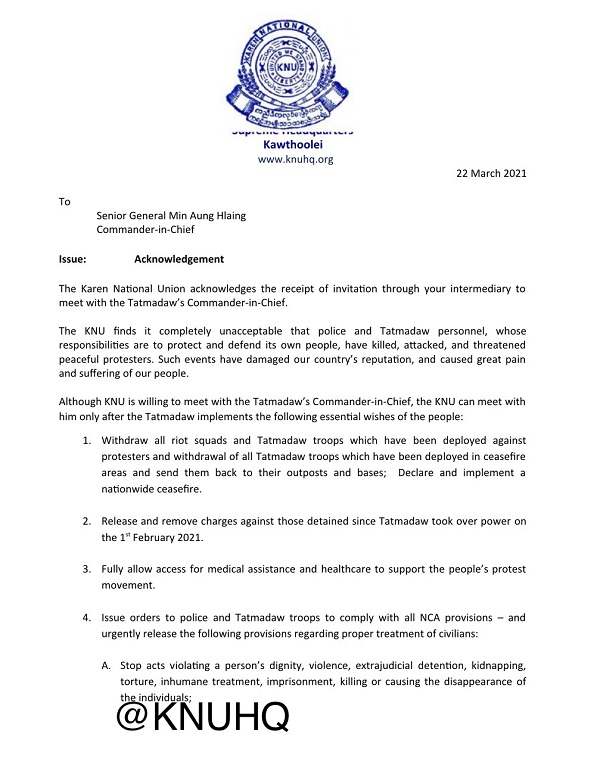 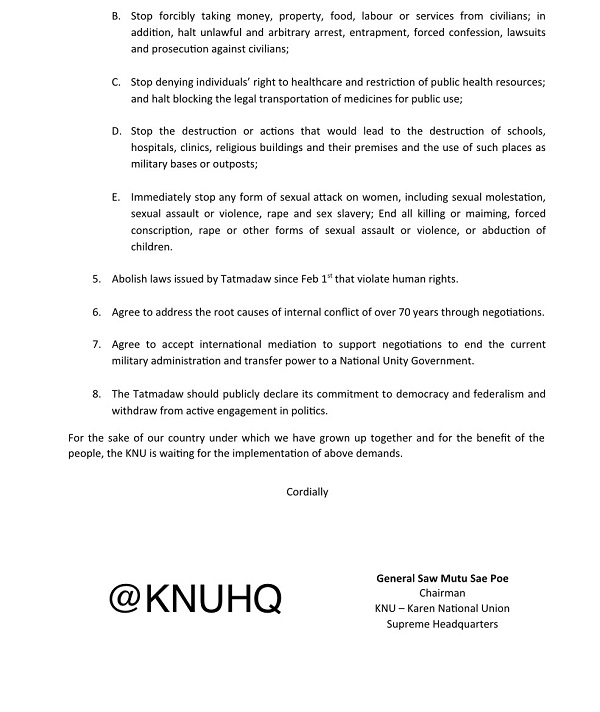 That might seem reasonable enough, but is basically an impossibility for the Tatmadaw, as the Karen know, so it is basically a polite way of saying “Go F… Yourself.”

Similar sentiments are being echoed by many of the others of the multitude of EAOs in Burma, but what is potentially most significant is that many of the central residents of the country are now beginning to engage with the EAOs on social media. For years, communiques by the EAOs would be shouted down or dismissed by those people as the propaganda of terrorists or bandits.

But with few in Burma now under any illusion about the true nature of the Tatmadaw, this increased appreciation of the separate groups in Myanmar of one another might, just might, hold the seeds for a long-term resolution of some of the country’s issues.