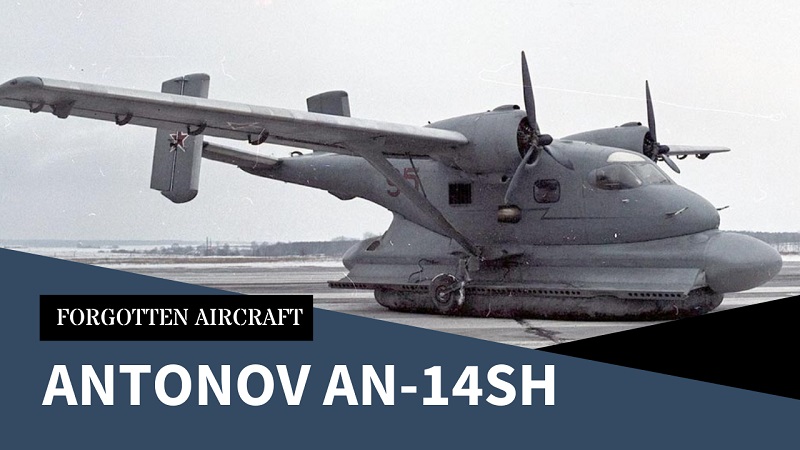 How do improve an aircraft’s capabilities in terms where it can land? You can give it more flaps, reduce its landing speed, maybe put thrust reversers on it. But what if that’s not enough?

What if you want to land it not just on the land, nor the water, but maybe in a swamp or an icefield?

You give it a hovercraft as a landing gear.

Allow me to introduce you to the Antonov An-14Sh. 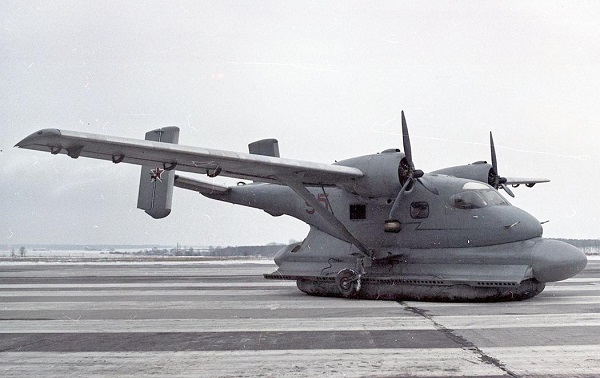 The An-14 was a twin-engine light STOL utility transport designed and built in the Soviet Union. First entering production in 1965 and then getting into service a year later, the An-14 was meant to be an extremely simple aircraft to build, maintain and fly.

Powered by two 9-cylinder radial engines producing 300 hp, the aircraft was designed to get into primitive places with two crew and either seven passengers or 600 kgs of cargo.

The An-14 was intended to replace the An-2 “Colt”, a rather ancient looking plane but which had proven excellent for light transport duties around the vast Soviet territories and with allies around the world. In fact that proved the An-14’s problem. 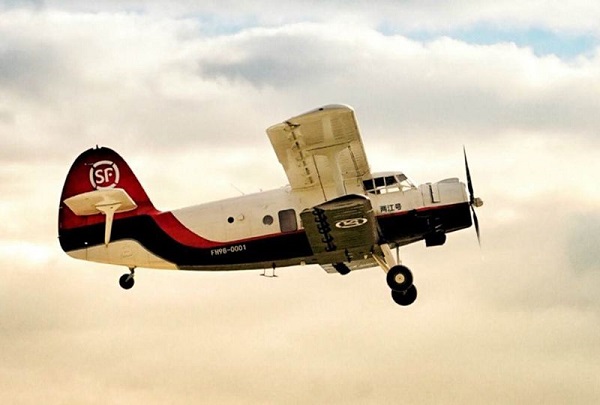 It’s not like there is anything wrong with the aircraft, indeed it laid the groundwork for several follow-on designs. But it just failed in the face of the excellence of the An-2. What it needed was an edge. So Antonov decided to fit it with an air cushion landing gear.

Initially, they fielded the An-714. This was a pretty conventional approach, comparatively speaking.

The wheels on its undercarriage were replaced with three air cushions that allowed the aircraft to land on a much greater array of terrain. In fact, the Russians had been playing with the concept since 1941, but now Antonov wanted to see if it was viable.

The An-714 flew in October 1970. The idea didn’t really work, I’m not exactly sure why but it appears that the three air cushions threw up a lot of debris that clogged the intakes of the engines. The aircraft saw a bit of testing, but it was obviously not what was wanted.

Not daunted, Antonov went back to the drawing board and produced… 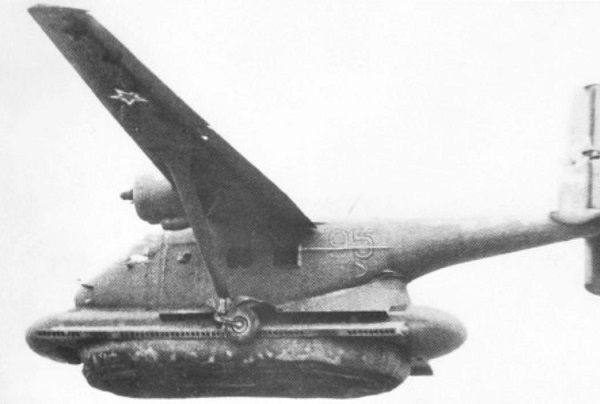 With this design there was no more messing about with multiple air cushions. Instead, the -14Sh had one single giant air cushion – basically a hovercraft mounted under the aircraft as its undercarriage.

This first flew in January 1983. And it seemed to work.

Well, the undercarriage did anyway.

Tests went on for several years and various tweaks and modifications were made to improve the landing…gears?…performance.

It proved capable of taxing at about 70 mph, though the test pilots reported that you needed to know how to handle the aircraft on the ground. The problem was the novel system basically took up the aircrafts capacity. Payload was minimal and the gear reported interfere with the aircraft’s aerodynamics – which isn’t too surprising really.

Testing continued until 1986, and then the project was dropped. And that was the end of the An-14Sh and of hovercraft being full of aircraft.