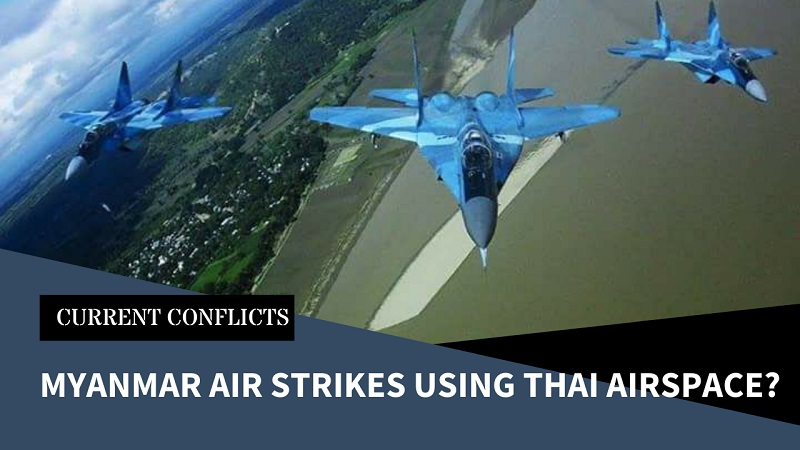 I try to move topics around to keep things interesting and seeing as my last video was on Burma (also known as Myanmar), I expected to go back to one of my normal subjects.

But over the weekend things have taken a distinct turn in the country and my sources in the region have pointed out some additional disturbing signs.

Dave Eubank of the Free Burma Rangers put out this report from the field:

What is worrying is that there are now allegations that the attack that killed the three civilians may have required the Myanmar Air Force to intrude into Thai airspace. As the border is very mountainous and winds through multiple river valleys with few distinctive landmarks, that is entirely possible.

The Myanmar Airforce also has a history of crossing borders to hit targets, and this has led to tragedy in the past. In 2015 while fighting forces of the Kokang ethnic group on the Chinese border, the Myanmar air force crossed over multiple times in order to hit targets which were in Burma, as well as the Tatmadaw accidentally shelling villages in China itself.

This eventually escalated to an airstrike that hit Chinese farmers by mistake, killing four and wounding nine. As can be imagined, led to outrage in China and a substantial redeployment of air defence assets. It also led to a stern warning from the Chinese government on the consequences of further Burmese air incursions.

The recent airstrikes on Karen civilians have led to concerns that a similar event could occur on villages located in Thailand. This has led to calls for a no-fly zone to be established on the border to ensure such an attack does not occur.

The Thai’s and Burmese have been enjoying more cordial relations in recent years, but there is a history of conflict between the two countries when the Tatmadaw have intruded into Thailand to attack the Karen in the past – a subject I have been meaning to do a video on as a “forgotten conflict” for some time now, but which is looking alarmingly possible again.

While its numbers have declined in recent years the Thai Air Force certainly has a great deal of capability should it need to enforce a no-fly zone along its border. While almost about 40% of it’s fighter strength is made up of aging F-5 Tigers, the Thai’s also operate nearly forty f-16s, as well as seven Saab Gripens. Perhaps most importantly they operate two Saab ERIEYE AWACs aircraft that would prove critical in providing information of the airspace over the border.

With the situation in Myanmar being so uncertain and increasingly bloody, and the Tatmadaw resorting to much more violent methods against those who oppose them, it remains to be seen if the Thai’s will move to head off any possible issues now rather than wait to see if a tragedy occurs as happened in China.