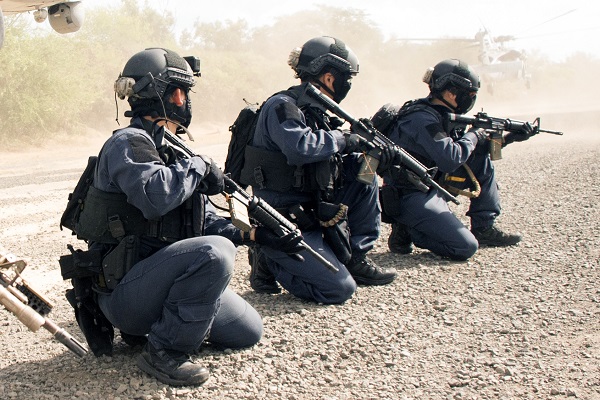 Many thanks to @vonoknow_niner for providing information and pictures for this article.

Created only in 2001, Japan’s Special Boarding Unit (SBU / Tokubetsu-Keibitai) was born out of the unique circumstances that country’s military operates under and against a threat to its citizens that seems more in keeping with the Age of Piracy.

After its defeat in the Second World War, Japan followed a pacifist philosophy. Though it maintained strong forces for self defence against conventional enemy attack, the Japanese constitution expressly forbade use of the Japanese military for foreign interventions. It is for this reason that the Japanese don’t actually use the terms “military”, “army”, or “navy”, instead using the term “Japanese Self-Defence Forces” (JSDF).

Formidable though the JSDF is it was largely built with a focus to defending Japan from conventional threats during the Cold War, principally the USSR. But these forces struggled when faced with an asymmetric threat that deliberately targeted Japanese citizens going about their daily business.

In 1977 the North Koreans began a program of snatching Japanese citizens from coastal areas and taking them back to assist in their espionage and development programs. Though the abduction program is officially thought to have stopped in 1983 no one is certain if that is the case, nor even positive how many people may have been taken.

The situation, understandably, alarmed the Japanese public. This was inflamed further in the 1990’s when the North Koreans started sending intelligence vessels into Japanese waters. These events became more and more provocative, culminating in the Noto Penisula incident in 1999.

Two North Korean intelligence vessels entered Japanese coastal waters and apparently started broadcasting radio messages to agents they had in the country. The Japanese Coast Guard initially responded but the situation was handed over to the Japanese Maritime Self Defence Force (JMSDF) when it became apparent that the Coast Guard, despite firing over a thousand rounds as warning shots, had no way to stop the now-fleeing ships.

The pursuit led to one conclusion – the JMSDF had to land sailors aboard to stop the vessels. But as the boarding party assembled it became clear that they were in no real position to carry out the task. Selected sailors were issued the standard Type 64 rifle, a long and unwieldy weapon that is a poor choice for such an action. 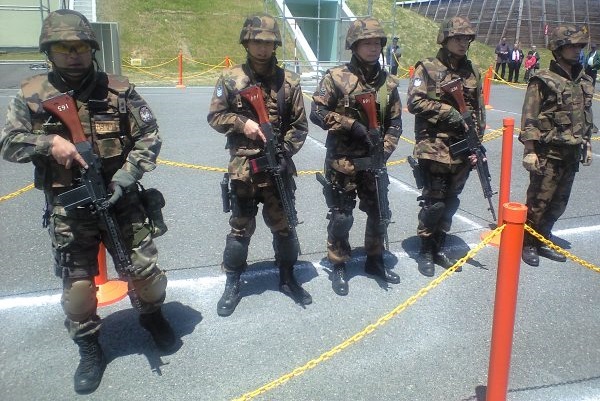 Japanese Airmen equipped with the Type 64. A good battle rifle, it’s length (as demonstrated here) is a complication in tight confines.

The sailors also didn’t have the proper equipment or training for the job and apparently had to improvise bullet resistant armour by taping comic books to their life jackets!

Much to the Japanese sailors relief both North Korean vessels refused to heave to, despite having bombs from P-3 Orion aircraft dropped in front of them in an effort to halt them, and they escaped.

But the situation demonstrated how poorly equipped the JMSDF was to deal with such incidents. Although the Coast Guard maintained a specialist anti-terror unit, the SST, they could not deal with an enemy that was as heavily armed as the North Korean spy boats.

The initial response was for every vessel to have a designated team of sailors whose job was boarding, who would receive additional training and equipment for the role. But this was recognised as a stopgap. What was needed was a special unit in the model of the US Navy SEALs or the British SBS that could take on even the heaviest armed opposition and win.

Candidates were selected and overtures were made to the US Navy to provide a training team. However the Americans had no available personnel at the time, so the British SBS were asked to help create the unit instead. In 2001 the SBU completed their formation and training under the British assistance team and activated – the first modern Japanese Special Forces unit. 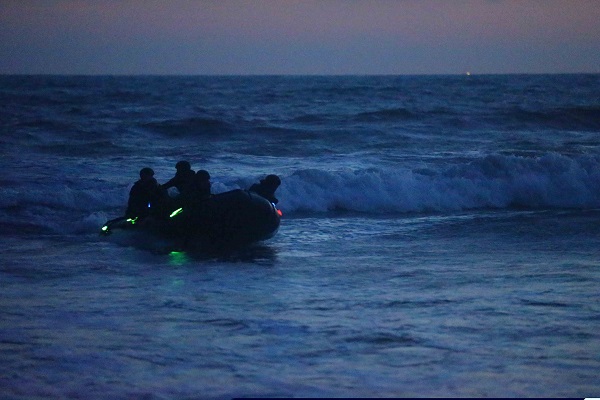 The timing marked the start of a more aggressive policy by Japan on military action, though still constrained by their constitution. In late 2001 the JMSDF fought a gun battle against another North Korean spy vessel. The SBU was placed on alert to board the ship, but it sank before they could arrive.

The subsequent salvaging of the ship showed that the JMSDF had been wise not to attempt to board these types of vessel before, as the ships and their crew were armed to the teeth. 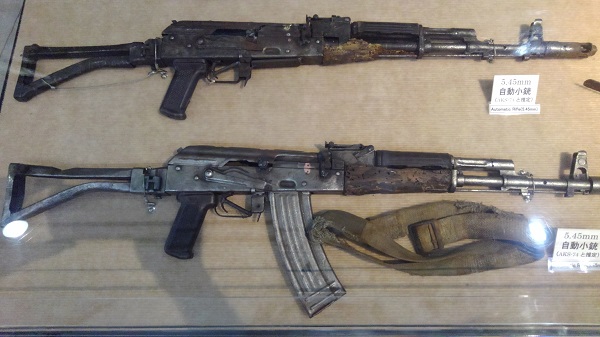 Weapons recovered from the ship sunk in 2001. The crew was well equipped with small arms and heavy weapons. © Gavin Beckminh (@Vonoknow_Niner) 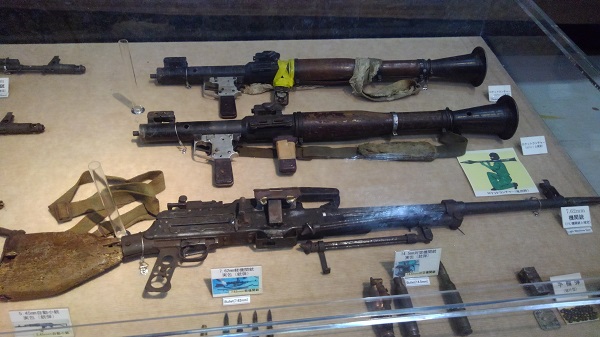 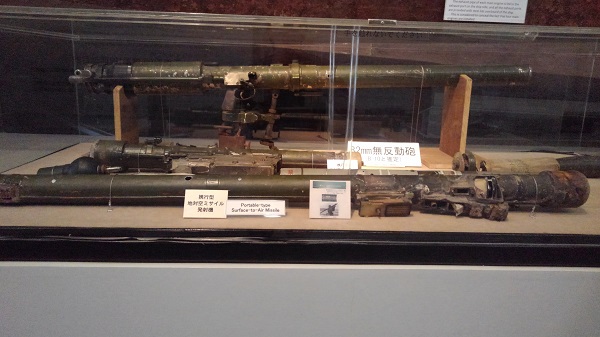 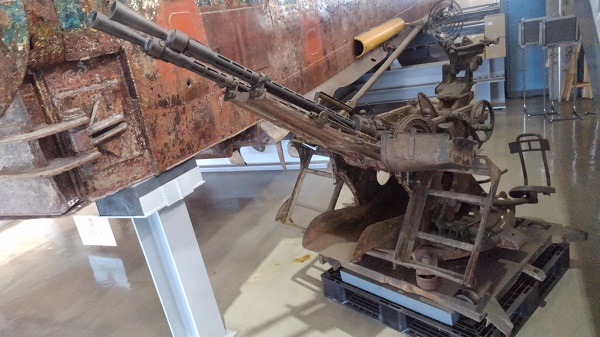 To deal with such heavily armed potential opposition the SBU now maintains a cutting edge armoury and trains alongside fellow maritime special forces, including the SEALs, the French Commandos Marine and their old colleagues at the SBS. 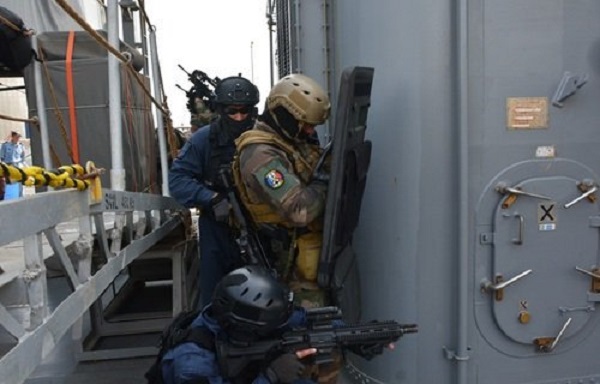 Though the SBU does use the standard JSDF weaponry, they also have specialist items in recognition of their elite role. Known to be in use with the unit are the H&K MP5A5 submachine guns, the M4 and H&K 416 carbines, the SIG P226R pistol and the MSG-90 sniper rifle.

It’s also likely they will be a testing unit for the new HOWA 5.56 which is undergoing appraisals at this time.

Since its foundation the SBU has been at the forefront of the JSDF’s new global role which has seen them deploy to Somalia and Iraq in multinational operations. 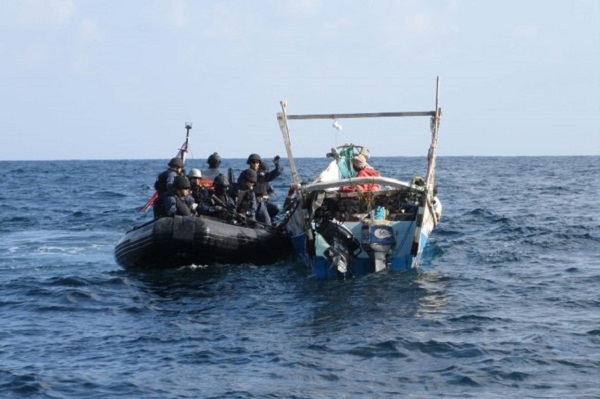 JMSDF personnel, assisted by a member of the SBU, conducting anti-piracy operations off Somalia. Ironically SBU personnel are normally recognised as such by the fact that they always obscure their faces for security reasons.

Though still constrained by Japan’s constitution, meaning their use requires careful political consideration, the SBU gives the Japanese government an exceptionally competent force capable of protecting their sea ways and coasts from any asymmetric threat.