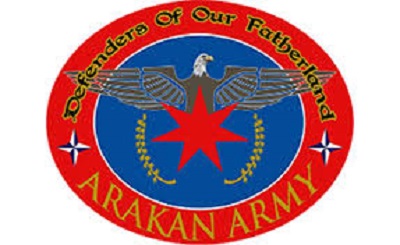 This is the second in a series on the Ethnic Armed Organisations (EAOs) of  the Civil Conflict in Burma (also known as Myanmar) and if you want know about the origins of the war see Part One.

In a war that has lasted over seventy five years, the Arakan Army is the newest major faction to arise, but has already demonstrated a remarkable ability in fighting the national army. Founded on 10 April 2009 along with its political wing, the United League of Arakan (ULA), the organisation’s first headquarters was in Laiza, Kachin State, capital of the Kachin Independence Army (KIA) and far in the country’s north-east amongst the foothills of the Himalaya’s.

This would seem surprising considering that this is about as far from their home the Arakanese can get and stay in Burma, but shows the level of preparation and planning the organisation’s founders made for future conflict. 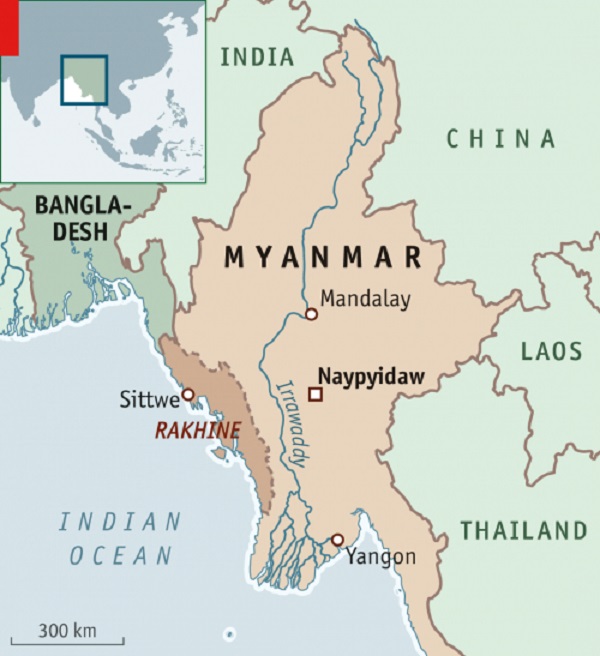 Arakan – also known as Rakhine – State is situated on the western coast of the country, bordered by the Bay of Bengal to the west and Bangladesh to the northwest. The region has always been a melting pot and important trade hub, with evidence of multiple ethnicities and religions calling the region home for thousands of years.

The majority of the population are Arakan Buddhists though there are a number of other minorities, noticeably the Rohingya who tragically came to the world’s attention when they were largely driven out of the area in 2017 in a campaign of ethnic cleansing.

Long a series of independent kingdoms the region was conquered by the Third Burmese empire in 1784 and then ceded to the British East India Company in 1826 following the First Anglo-Burmese War. Arakan, as an independent entity with a long history, was subject to several rebellions against the British and, after independence in 1948, against the central government.

Multiple organisations have come and gone with the intention of creating either an independent Arakan nation or else achieving greater autonomy. But none has been as active as the current Arakan Army.

The organisations stated aims are:

To this end the AA advocates for confederate status within Burma similar to that enjoyed by the Wa minority, who maintain effective independence through a large military.

Making connections and relationships with older EAOs the Arakan began training recruits and gathering equipment stockpiles. With their founding the AA’s leadership began to carefully husband resources for the conflict that it apparently saw as inevitable with the central government. Weapons were acquired from EAO allies and internationally, including items such as Chinese anti-aircraft missiles.

Though initially avoiding conflict with the Burma Army in their home territory of Rakhine State, the AA began to gain combat experience for its new army by fighting alongside other EAOs, particularly in Kachin State alongside the KIA and the Ta’Ang National Liberation Army after the Burma Army attacked that area in 2011. The AA’s combat operations also increased following the Burma Army campaign against the Kokang on the Chinese border in 2015.

The Arakan Army began to fight in its home state and the west of Burma in 2015 with periodic skirmishes with the Burma army and Bangladeshi border guards. Though this fighting could be extremely fierce, it generally followed a pattern of flaring over several days and then subsiding.

This pattern was broken in January 2019 when the AA launched a major assault on four police stations, signalling the start of effectively a state of war between the Burma army and the AA. Extensive fighting across Rakhine and Chin States broke out, with the corresponding suffering caused to the civilian population. However, despite their massive superiority in man-and-firepower, the Burma army has not only been unable to eradicate the AA, they have actually suffered a number of defeats. 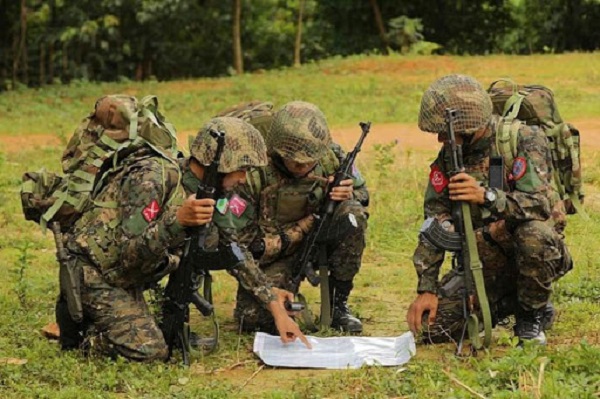 The Arakan Army has shown itself to be highly effective in its operations, utilising modern communications – including secure messaging apps – to win the intelligence war, allowing them to dictate when and where battle is met. The Burma army has resorted to a brute force methodology, employing indiscriminate artillery and airstrikes and committing human rights abuses.

The fighting continues at this time, despite offers of ceasefires that break down almost immediately or are refused by the other side.

It remains to be seen if the Arakan will achieve their goal of more autonomy, or whether the Burma army will eventually succeed in eradicating the movement. What is sure, unfortunately, is that more misery and suffering is going to be incurred by the people of western Burma.