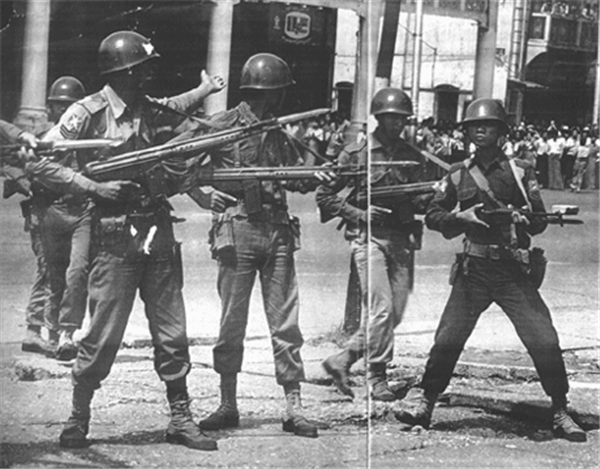 This is the first of a series I am planning on writing on the Ethnic Armed Organisations – shortened to EAOs – of the Burma / Myanmar Civil War. This is a subject that doesn’t get a lot of attention amongst western audiences, which is surprising considering the war has been ongoing for over seventy years now.

I’ll be looking at the various EAOs, their histories and agendas, tactics and weapons, plus anything else that may be relevant to understanding their place in the conflict and the broader politics of the region. Please note that this is just a potted history. The depth of complexity of Burma’s politics can get astounding, so I am going to have to limit how far I go.

Bordered by India and Bangladesh to the West, China, Laos and Thailand to its East and the Andaman Sea to its South, Burma – also known as Myanmar – is a country that has seen thousands of years of migration.

Ethnic groups have crossed the mountains that make the current country’s periphery and settled onto the lush central plains and river deltas before being driven out or absorbed by the next wave of migrants. As a result the population is made up of a host of different ethnic groups, often with very different languages, customs and laws.

In total the country officially recognises 135 distinct ethnic groups. There are also several major minorities that aren’t recognised. This makes Burma an anthropologist’s dream but a politician’s nightmare.

The largest ethnic group are the Bamar. This group currently makes up about 68% of the population of the country. Arriving in the 9th century, the Bamars founded several kingdoms in the central regions of what is now Burma. From here they dominated the peripheral hill country and mountains that the other ethnic groups had been pushed into.

Forging a substantial empire, the Burmese fought against the Chinese and invaded Siam, now known as Thailand, before pushing westwards. Here they ran into the territories of another aggressive, expansionist power; the British East India Company. 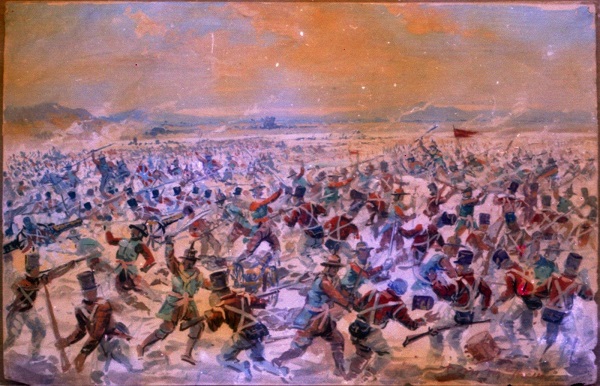 What followed was three incredibly bloody wars over a sixty year period, which culminated in Burma becoming a British colony in 1886.

Discontent was naturally strong and periodic riots and rebellions occurred. With the outbreak of the Second World War, Burmese nationalists saw an opportunity.

After attempts to curry support from the Chinese Communists one of their leaders, Aung San, went to Japan in 1940 to form a cadre for a new Bamar military. 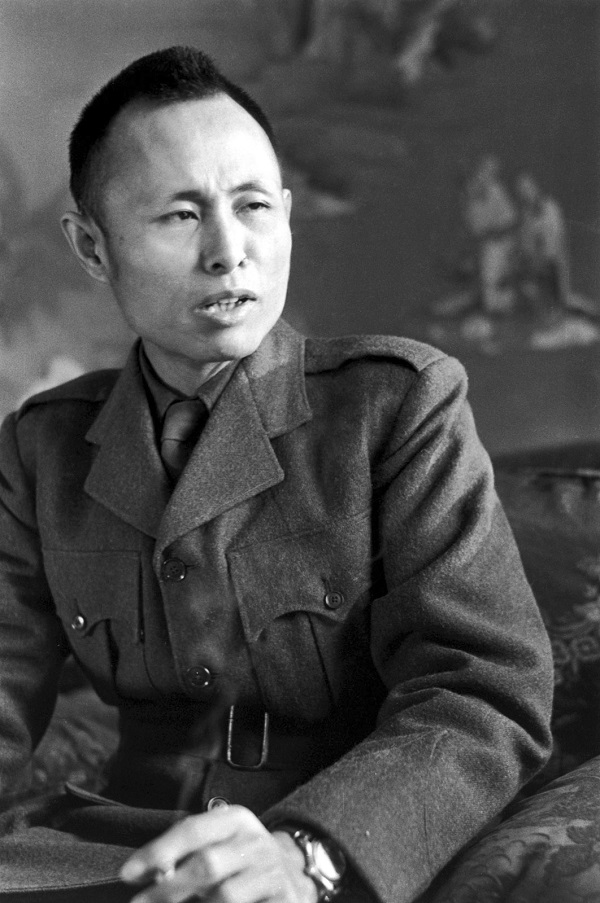 Named the Burmese Independence Army in December 1941, this assisted the Japanese in their invasion of Burma, rapidly growing from just over two hundred volunteers to between 10-and-12,000 by the time Rangoon, the capital of Burma, was reached in March, 1942.

Noticeable amongst the BIA’s actions was the slaughter of villages of the Karen minority as they passed through. This sort of behaviour occurred across Burma as the Japanese drove out the British.

On 1 August 1943, Burma was granted nominal independence by Japan and became a member of the Greater East Asia Co-Prosperity Sphere. Aung San became Minister of Defence and Ne Win (who we will come across later) became Commander-in-Chief of the expanded Burma National Army (BNA).

Although nominally self-governing, the State of Burma was effectively under Japanese control. This soon led to dissatisfaction, with one Burmese nationalist stating that:

“If the British sucked our blood, the Japanese ground our bones!”

This led to feelers being put out to the British in 1944 and in March 1945 the BNA declared war on the Japanese.

With the end of the war in 1945 there was, naturally, a lot of tension between the various ethnic groups. Most Bamar had supported the Japanese, until the rebellion towards the end of the war. However, many of the ethnic minorities had fought alongside the Allies, notably the Karen and the Kachin.

Both sides had attacked civilians belonging to the other factions, with a number of atrocities occurring. Against this backdrop came the need to decide the country’s future. 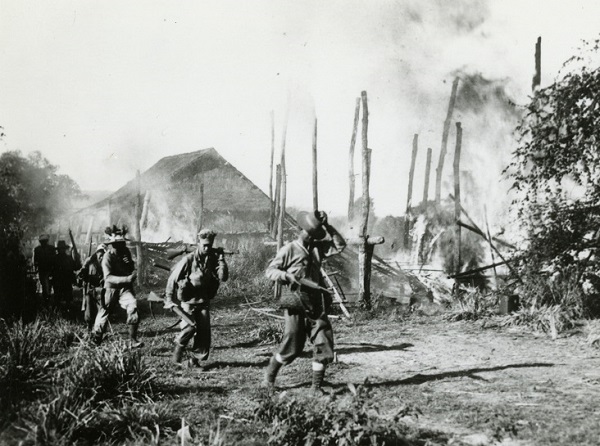 With the British announcing the end of empire and their imminent withdrawal from both Burma and India, urgent talks took place to determine the shape that the new nation would take.

Led by Aung San, these negotiations would result in the Pangalong Agreement, signed in 1947. Under this a central government would take control after the British departed and found the Union of Burma with the support of certain ethnic groups, who would get broad autonomy in their own areas of control. It also gave these groups the right to independence after ten years should they wish it.

However, this accord was typical of the sort of divisions that besets Burma’s ethnic politics even to this day and is a major factor in the wars that have rumbled on intermittently ever since.

Only concluded between Aung San and the Kachin, Shan and Chin minorities, the agreement excluded a huge segment of the ethnic population. Even this limited agreement was not put into action as Aung San was assassinated by his political rivals in July 1947 and, with independence achieved in January 1948, fighting broke out as first the Burmese Communist Party and then the Karen nationalists launched rebellions.

This marks the start of the conflict which is currently rated as the world’s longest running; the Burmese Civil War. Other ethnic minorities would also fight periodically against the new army – now given the name of Tatmadaw – to protect their territories or to expand them at the expense of other groups.

Conflict would really begin to escalate in 1962 when the military, under the afore-mentioned Ne Win, took power in a coup and established a dictatorship. 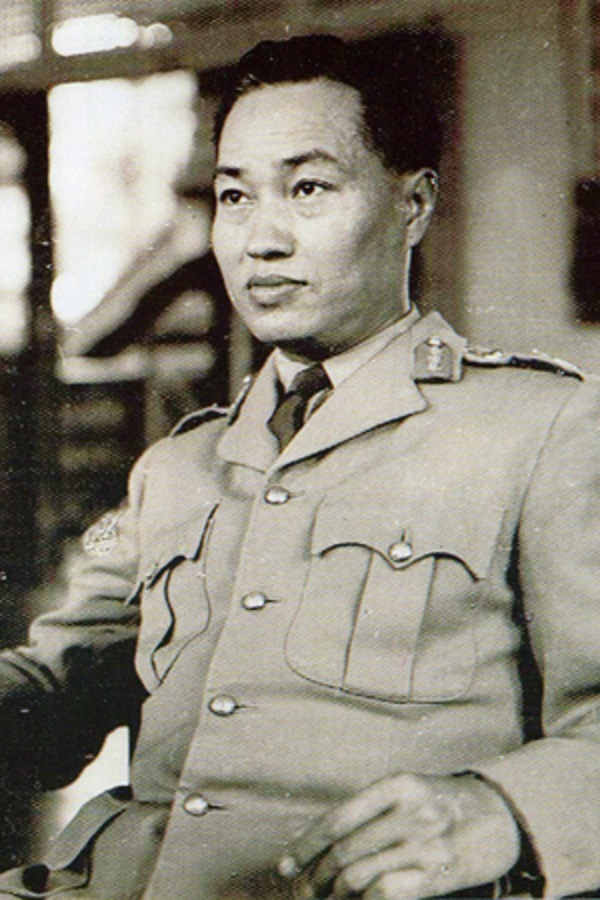 Ne Win; One of the most brutal dictators of the 20th Century, and one of the least known.

With not even any pretence of parliamentary governance in Burma, the ethnic minorities began to mobilise larger and larger forces, with some effectively becoming de facto independent states.

This is the reason that the EAO’s use that term to describe themselves and not “rebels”. Being rebels implies that the central government has some sort of legitimacy over them and their people, something they see as untrue.

The EAOs see themselves as defenders of their people who face at best absorption and the destruction of their way of life, at worst the extermination of their entire people.

Certainly Ne Win’s government sought the latter option. His rule was marked by exceptional brutality not just against the EAO areas but against many Burmese. This led to a flight of intellectuals and caused Burma to become a pariah state, one of the least developed countries in the world.

Ne Win would be deposed by the army in 1988 after rioting broke out demanding change. Thousands died in the fighting but many more would be killed when the new ruling military council, titled the State Law and Order Restoration Council – or SLORC – established itself as the new rulers of Burma.

The crackdown and new government drew widespread condemnation internationally and several major factors came out of the 1988 uprising.

First, the military decided that a change of name for the country was in order. So “Burma” became “Myanmar”. Notionally the reasoning was that this would remove an old colonial stigma and be more inclusive of Burma’s ethnic minorities.

In fact, Myanmar is a somewhat controversial choice in that it historically refers to a Bamar kingdom and is construed as a declaration of Bamar dominance by some ethnic minorities.

The second factor was the sudden rise of one young politician who came to the world’s attention for her condemnation of the military junta and subsequent arrest and home imprisonment – Aung San Suu Kyi, the daughter of Aung San. 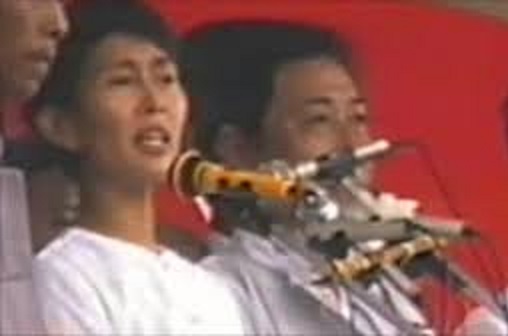 However, with the military firmly at the helm an even more coherent long-term policy of annihilation began against the EAOs. The Tatmadaw aimed to erode each EAO individually, waging wars on one while making peace with the others. They also worked effectively to create divisions within the EAO’s to create factionalism and splinter groups that sometimes fought for the Tatmadaw against their former comrades.

This resulted in decades of fighting and hundreds of thousands, possible millions, of dead and displaced people.

Fighting has peaked and troughed over the ensuing years and continues to do so, despite some hopes of democracy when Aung San Suu Kyi was released from house arrest in 2010 and allowed to effectively become the political leader of the country in 2016.

These hope have been largely dashed despite a number of peace negotiations taking place between the government, the military and various EAO’s. Though deals have been struck between various factions, fighting seems to inevitably break out again. And this is unfortunately likely to continue due to the fractures in Burma’s society caused by the decades of conflict.

The generals in charge of the military, as well as many of their EAO equivalents, have accrued vast fortunes through their positions and ability to exploit the huge natural wealth in Burma. Timber, jade, gold, rare earth minerals, natural gas and a host of other resources are found in massive quantities throughout the country.

And, tragically, it is this wealth that allows the war to continue as much of it is spent on maintaining all of the respective armies.

Additionally, by careful planning the Generals remain the primary architects of the military’s policies under the current constitution, effectively independent of the political body and able to act as they see fit. This allows them to continue to dominate Burmese society and protect their vast fortunes.

It also means that they have no real interest in the war ending.

After all, if there is no more war in Burma, there is no need for a vast military and all the general’s associated with it.