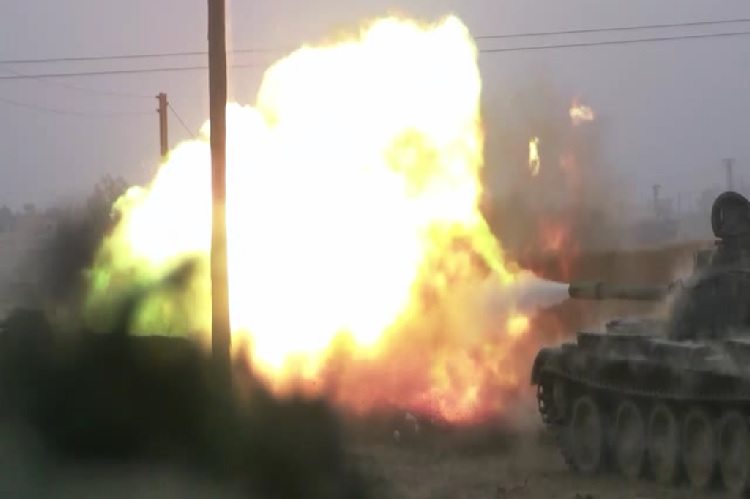 This is not a full historical break down of the campaign. As a participant in the event I don’t feel comfortable in doing that. This is just some basic details.

The liberation of the town of Shaddadi in northern Syria was an important step in the war against ISIS. After the Al Hawl Offensive in late 2015 Shaddadi was astride the last all-weather road linking the primary ISIS strongholds of Mosul in Iraq and Raqqa in Syria.

Taking the town would cut this route, greatly complicating the trade and military logistics of the “Islamic State” and impeding them from moving forces across their territory en masse. Shaddadi was also a major slave trading centre, with many of the Yazidi woman captured at Shengal being sold through the town’s slave markets.

The Syrian Democratic Forces (SDF) – a coalition of local militias that had combined to fight ISIS and were supported by an international coalition – planned a two pronged assault that aimed to encircle the town in an attempt to snare as many ISIS fighters as possible. We also hoped to liberate as many captives as possible. Speed was of the essence. 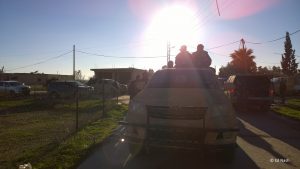 The trusty Toyota Hilux provides many armies around the world with their mobility. These tough vehicles continue to operate in all sorts of conditions and climates. 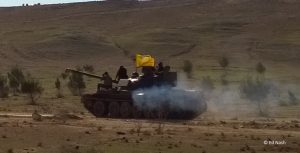 Although only available in limited numbers to the SDF tanks, such as this T54/55, can provide a real firepower advantage. However, ISIS access to modern anti-tank missiles meant their employment had to be carefully planned so as to minimise risk to them. 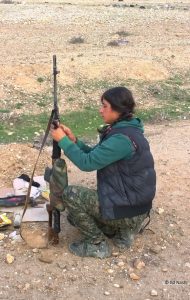 Snipers, such as this YPJ woman fighter, provided important fire support to infantry units. Marksmen were integral to infantry platoons, with extra shooters being assigned to units going into action from the dedicated sniper tabors that each SDF Brigade had. 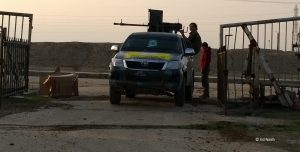 The primary fire support vehicle of the SDF is the ubiquitous “dushka”, otherwise known as a “technical”. Essentially a vehicle fitted with a crew served weapon, most were based on 12.7mm, 14.5mm or 23mm heavy machine guns/anti-aircraft guns. This YPJ crewed vehicle is a classic example. 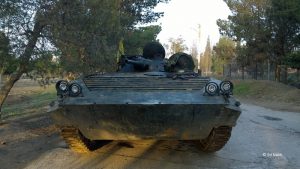 Armour was supplemented with a handful of MTLBs and BMPs, like this example. These were used, often singly, to assault ISIS positions and drop troops close to the enemy to engage. Having conducted several assaults myself under fire in these vehicles, I can say that my admiration for the old Soviet motor-rifleman is substantially increased! 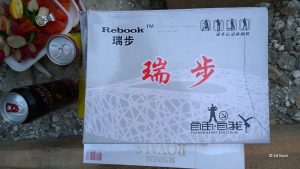 Pretty much all the SDF need to fight – Food, energy drinks and Rebook sneakers.

The attack swept over the countryside and by the 20th the SDF were on the outskirts of Shaddadi. We continued to weather attacks from VBIEDs – suicide attackers in truck full of explosives – and mortaring from ISIS forces in the town and surrounding countryside. But by the afternoon of the 24th the town had fallen to the SDF and all that remained was cleaning out the surrounding villages. 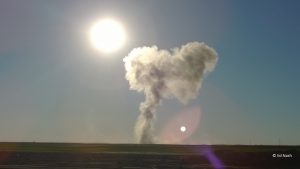 The speed of the capture was a surprise. American advisors had thought six weeks would be necessary to capture Shaddadi, whilst ISIS had been making loud propaganda broadcasts stating that the town would never fall. As it was, it took eight days.

Unfortunately, most of the captives and ISIS forces were evacuated before we could complete the encirclement, leaving Shaddadi a ghost town, strewn with discarded equipment. But the SDF then followed up with a rapid advance west, clearing the south of the Abdul Aziz Mountains and laying the grounds for the continued offensives to eradicate the “Islamic State” over the next three years.