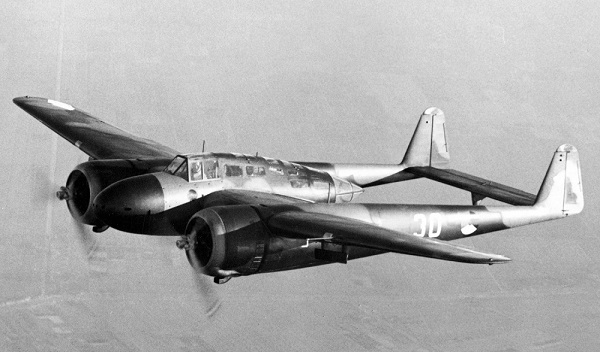 The Fokker G.I is one of those aircraft that despite huge amounts of promise was never able to fulfil its potential. This was not through any failings of the design, but more that the country of its origin, the Netherlands, was not in a position to invest large amount in its military and was too late in recognising the threat it would face soon after the G.I first took to the air. 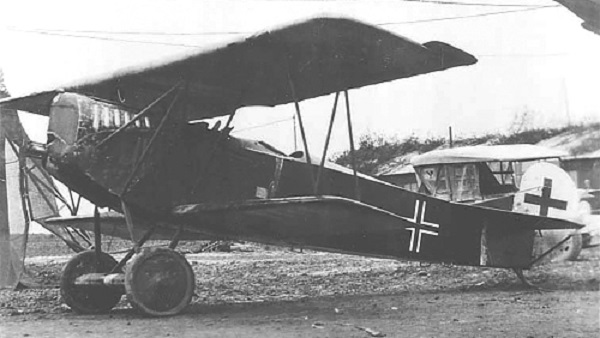 The Fokker D.VII; arguably the best German fighter of the war, such was the regard it was held that this type was specifically ordered to be handed over to the Allies after the Armistice.

But with the end of the conflict Anthony Fokker very wisely left at speed back to his native Holland, taking with him enough aircraft parts and manufacturing jigs to allow him to set up a new factory there that would mean the aircraft that bore his would continue to fly. 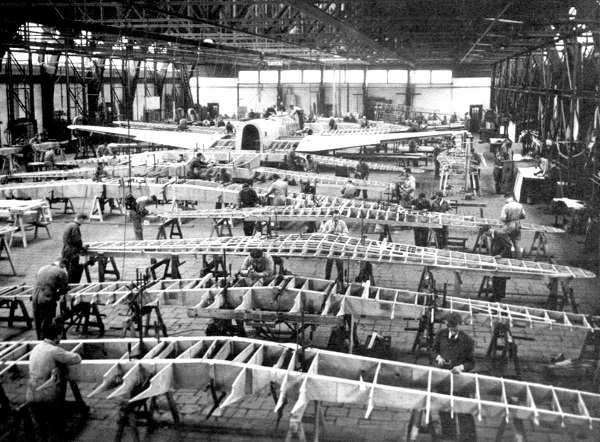 The Fokker Factory between the Wars.

The Fokker company would enjoy some success throughout the interwar years, mainly manufacturing civilian aircraft, but also several fighter designs that would equip the Dutch air force in very small numbers.

Though these designs were competent and equivalent to their international rivals, none really stood out from the crowd and certainly none enjoyed the fearsome reputation of their World War One forebears. Until 1936.

In November that year, at the Paris Air Show, Fokker unveiled their new design. 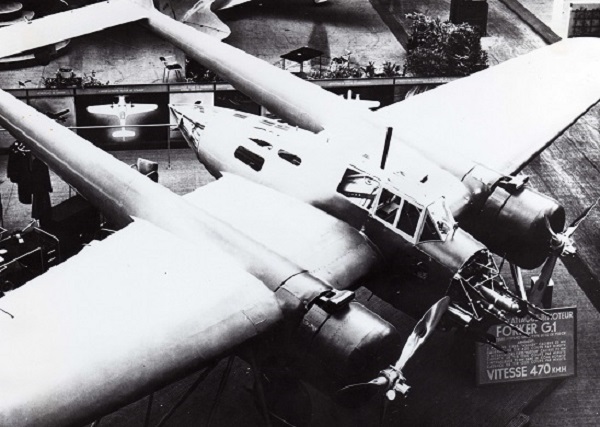 The aircraft caused a sensation, which when you compare to other first-line designs in circulation at the time, makes you realise how good the Fokker looked. 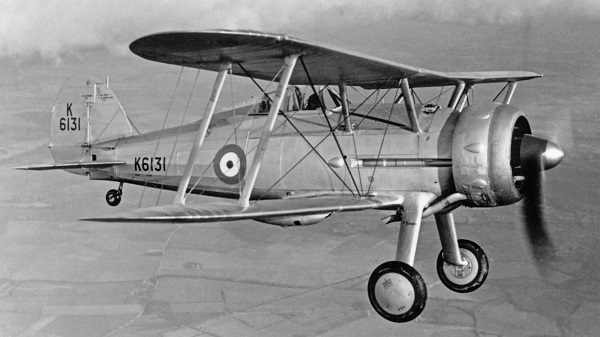 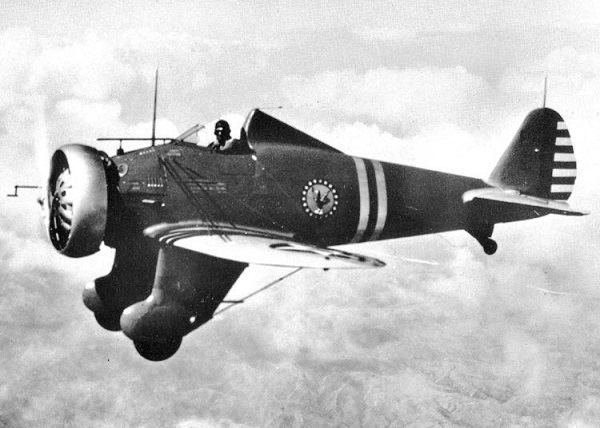 The P-26 Peashooter, actually introduced in 1932 but the main fighter of USAAC. Capable of 234mph it had two machine guns for armament.

Against them the G.I was a revelation.

A sleek, twin engine, twin-boomed monoplane, the aircraft offered the ability to act as both a fighter and an attack aircraft.

Its armament also offered to be huge in comparison to other fighters of the age, with Fokker offering two options with the G.I; the first had eight FN-Browning rifle-calibre machine guns in the nose. The second had two Madsen-made 23mm cannon plus two machine guns. 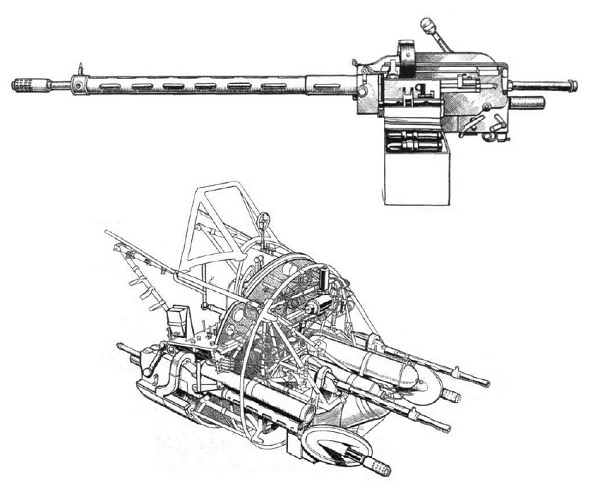 In addition the aircraft also had a tail gunner with a machine gun in a rotating rear pod, allowing him to engage enemy aircraft above and below, as well as the ability to carry up to 400kg (880lb) of bombs.

In fact the G.I was one of a number aircraft in development at the time that was designed to the “air-cruiser” concept – heavy fighters intended to sweep the skies of opposition. These aircraft: 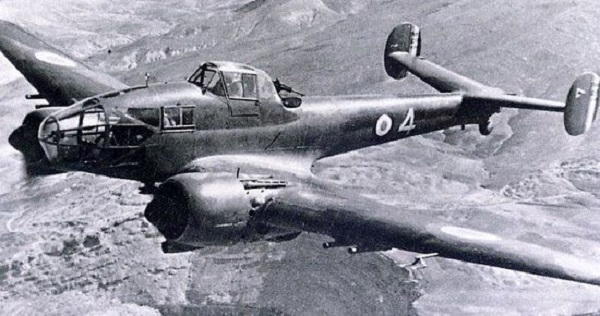 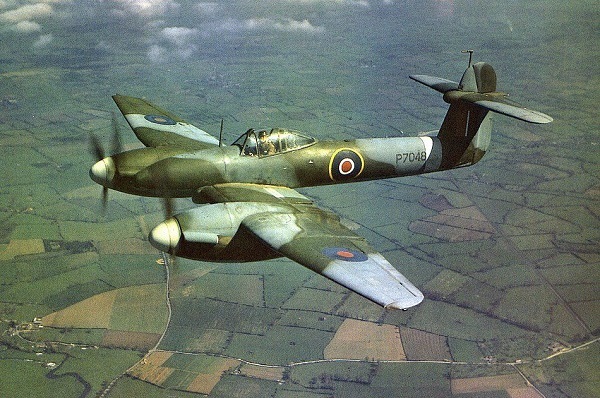 were generally similar to the G.I in terms of performance and firepower, but were considered critical national projects and either kept top secret or else only available for export in limited numbers at that time.

So Fokker was pretty much the only manufacturer actively looking to export the new concept heavy fighter to a world that was coming around to the idea that war might be looming and that all their respective air forces might need to be ordering aircraft NOW. As a result nations practically queued to test fly the G.I. And it hadn’t even taken to the air by that point!

The prototype’s first flight was made on 16 March 1937 and the aircraft demonstrated that it was surprisingly agile for an aircraft bigger and heavier than the standard fighters.

The test program did not go without hitches, as a supercharger explosion in the Hispano engines almost caused the loss of the aircraft, but once reequipped with more powerful Pratt & Whitney Twin Wasp engines the test program proceeded well.

Even before this was completed orders were placed, with Republican Spain ordering 26 in June 1937. Additional orders came from Denmark, Sweden and the Netherlands Air Force.

Production began in earnest, and the capability of the G.I to be adapted to different roles with varied engine fittings, armament and configurations would, on paper, make it a winner.

The Swedes tested it with brakes as a dive bomber and found it very good in this role. The Dutch ordered two varieties, one a three seat light bomber, the second a two seat heavy fighter. This model, equipped with Bristol Mercury engines, registered the type’s top speed of 295mph – certainly comparable to other heavy fighters at the time. 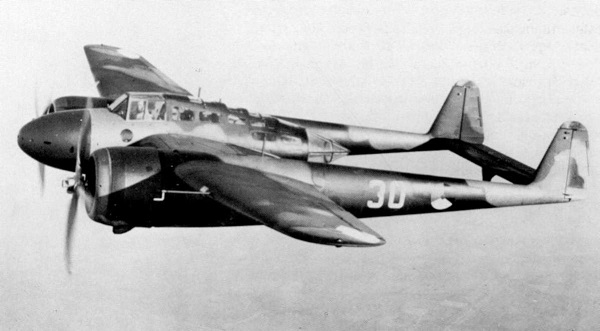 With the Dutch actively looking at importing much more powerful engines like the Bristol Hercules, it seems likely that had things worked out differently the G.I would have provided service for years, gradually increasing its engine power as the adaptable airframe was fitted with more advanced engines.

But this was not to be.

Though recognising the threat of upcoming war, the Dutch government did too little, too late to begin reequipping their military.

When Germany invaded the Netherlands on 10 May 1940, none of the foreign aircraft had been delivered and only 23 Dutch G.Is were in service, plus a number of the Spanish aircraft that had been embargoed with the start of the Spanish Civil War and were sitting at Fokker’s factory.

Of the fighters in service, most were destroyed in the first attacks on their airfields by the Luftwaffe. The survivors took off and fought throughout the day against overwhelming odds. By the end of the first day, only three of the original G.Is were still flying.

Desperate repair attempts and salvaging from damaged aircraft to equip the Spanish aircraft meant that the G.Is stayed in the fight, but there was nothing this tiny number could do to stem the invasion. By the 14 May the majority of the Dutch military had surrendered and by 17 May the conquest was complete.

Though badly overmatched, the G.Is played their part and are tentatively credited with fourteen kills in the battle.

With the surrender, several G.Is were captured by the Germans and pressed into service as trainers. They performed this role for a couple of years before running out of spares and being scrapped. 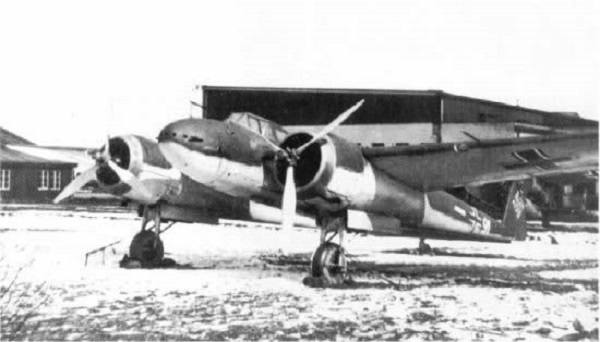 However, there was one final note of defiance from this aircraft.

In May 1941 two Fokker personnel were able to steal an aircraft and use it to escape to England. There it was handed over to the Philips & Powers Aircraft company, e=which studied the design to see what could be applied to British designs of the time.

And that is the story of the Fokker G.I; an aircraft of great potential that was blighted by planning and circumstance.