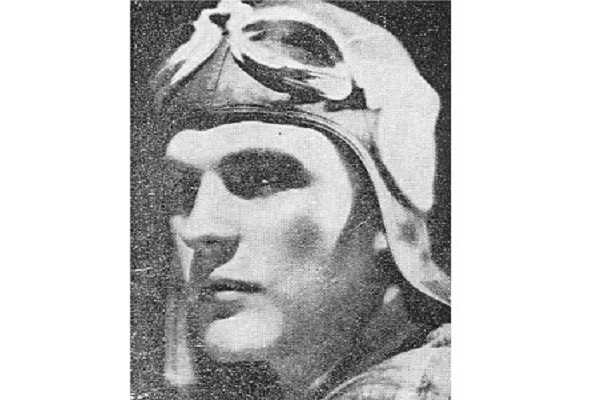 A lot of the press we hear today concerning Sino-US relations naturally concentrates on the growing competition and tensions between the two powers. But less than one hundred years ago America and China stood together against the aggression of another growing Asian power, Imperial Japan.

Robert ‘Bob’ McCawley Short  was the first American pilot to engage Japanese forces in combat and the one of the progenitors of a line of American mercenary pilots in China that would culminate in the famous American Volunteer Group (AVG) fighter group.

A native of Tacamo, Washington, Short graduated as a pilot from March Field Army Air Corps base in 1928. A Second Lieutenant in the USAAC reserve and making a living flying airmail between Spokane and Seattle and stunt flying, he was approached by the L.E. Gale Company to deliver and demonstrate fighter aircraft to the Nationalist Chinese government and to train pilots for the nascent Chinese Air Force. As a man who once told a newspaper reporter that he hoped to die in the cockpit of a fighter aircraft he jumped at the chance.

Meanwhile, the situation in China was dire. An increasingly aggressive Japanese, set on instigating an imperial policy in China, engineered conflict with the Chinese army to provide a cassus belli for territorial expansion. The Mukden Incident of September 1931 – in which Japan annexed much of North-East China – was followed by the Shanghai Incident of 28 January, 1932. Thousands of Japanese troops, supported by carrier-based aircraft and naval bombardment, launched attacks on targets in the Shanghai area. Bloody fighting broke out as the outmatched Chinese fought valiantly to stop their advance. Other powers sent protests, but Japan ignored them and dismissed their attempts to negotiate ceasefires.

It was into this maelstrom that Robert Short flew.

Arriving in China in 1931, Short was given Boeing’s latest fighter demonstrator, the Model 218. This aircraft was a prototype for Boeing’s P-12 that would be adopted by both the US Army Air Corps and Navy and was the most advanced fighter in the region at the time 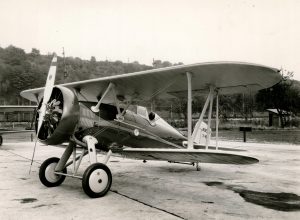 Despite this, Short had no obligation to intervene. His contract was to train pilots and demonstrate American aircraft for potential sales. But standing aside was not in his nature.

“He wasn’t the kind to back down from a fight…” said his brother Edward, giving an interview in the 80s. “I think Bob just got swept up in events around him. He saw how badly the Chinese were getting beat, and in a single moment convinced himself to back the underdogs.  I think it was that simple. And, knowing him, it probably didn’t even matter that he was outnumbered.”

Short first went into action on 19 February, 1932 when he attacked three Nakajima A1N2’s fighters from the carrier Honsho over the Nanxiangzhen district of Shanghai. Short used his faster aircraft to launch a high speed attack on the Japanese flight leader, inflicting severe damage to the aircraft and forcing the formation to break up and scatter. Short would subsequently be accredited as achieving a kill in this engagement but the pilot of the damaged aircraft, Lt. Kidokoro, would go on to fight in World War Two and would be killed in 1944 in the Marshall Islands.

Rapid Japanese advances meant that the Chinese had to evacuate their remaining aircraft to Nanjing and as his aircraft was considerably faster than his fellows Short was detailed to fly alone to his new base. He set off on 22 February, 1932, in what was to be his final flight.

In the area of Suzhou he spotted three Japanese B1M bombers from the Kaga, escorted by three A1N fighters, attacking civilians and, according to a number of witnesses, preparing to bomb a train filled with refugees in the train station.

Screaming into the attack, Short closed on one of the bombers and latched onto it, making repeat pull-up and dive attacks whilst ignoring the threat posed by the fighter escorts. His machine gun fire killed the pilot of the lead bomber, Lt. Kotani Susumu, and severely wounded its rear gunner.

Whether Short succumbed to ‘target fixation’, simply did not see the fighter escort before he launched his attack or else was so committed to preventing the attack on the helpless civilians that he deliberately sacrificed himself to break up the raid, it is impossible to know. What is known is that his determination in the attack allowed two of the escorts, flown by Toshio Kuroiwa and Nokiji Ikuta, to close from above and below his 218 and riddle it with gunfire. Bursting into flames, the Boeing crashed to the south east of Suzhou. Witnesses of the event say that the Japanese pilots, impressed by the courage of their downed foe, overflew the crash site and saluted by dipping their wings.

Robert Short’s death was barely reported in the United States at the time – largely confined to regional reports in his home state – and still is a little known event. But his courage in trying to save civilian lives in China was noted there and continues to be so. The Chinese government posthumously granted him the rank of Colonel and a month after his death his funeral was held in Suzhou. A half million people reportedly lined the streets of the city to pay their respects. In a letter to Short’s mother Chinese representatives of the 19th Army wrote:

“The best words of condolence are insufficient to express to you our sorrow and sympathy in this bereavement of yours. But we can at least assure you this: no parents could have a more heroic son than Robert who gave up his own life that others might live.  He dared Might and died to defend Right for humanity and civilization. To say he was fighting for China alone would be belittling his gallant and humanitarian deed, because it is for humanity and justice that he died. The name Robert Short will live long in the scroll of honor of great men, and his meritorious service will ever be in the memory of all Chinese.”

As a token of their appreciation the citizens of Suzhou erected a memorial temple and statue of Short. Remembrance events are still held to the present day to commemorate his actions. The memorial was moved in October 2009 to a new building which serves as an educational facility for school children to learn about the pilot and his sacrifice.

In addition, a further twist occurred some forty-five years after the flyers death when Edward Short received a call from a retired US Air Force colonel who informed him he had a letter from Nokiji Ikuta, one of the pilots who’d shot down his brother, and had been asked to deliver it if possible.  In the letter Ikuta described how after the combat he had lost his willingness to fight and grew to despise the military. He eventually resigned from the navy and entered politics, standing on a peace platform.

As Ikuta wrote: “[Short’s] exploit has always lived in my memory…He had no superior in courage.”