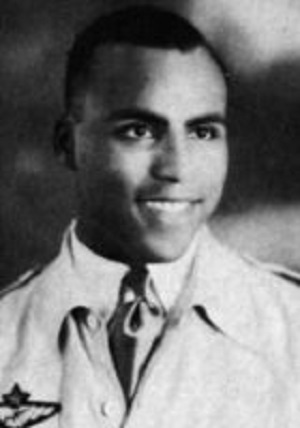 A little known but somewhat controversial figure in aviation and military history, James Peck claims to have been the first African American to shoot down five aircraft in aerial combat during the Spanish Civil War – an event that occurred when the United States military did not even allow black Americans to fly, let alone participate in combat.

Born in Pennsylvania in 1912, as a child Peck used to go and watch aircraft flying out of Leetsdale airfield near his house.[1] A good student his marks led to him attending the University of Pittsburgh but the flying bug got the better of him and he left after his sophomore year and enrolled at the Curtiss-Wright flight school.  Here he established a reputation as an excellent flyer but racial issues made Peck transfer to the Cleveland Institute of Aeronautics, where he passed his pilot’s license in 1930.

Peck then applied to the U.S. Army Air Corp and the United States Navy but was turned down due to his colour[2]. Passing through several jobs, Peck finally established a fledgling career as an aviation journalist and had his first article published in Aero Digest in 1937. In August of that year he left for Spain to join the Republican forces as a pilot fighting against Franco’s Nationalists in the Spanish Civil War.

It is this period that the controversy over Peck’s career and actions occurs.

Peck, who was commissioned as a Lieutenant in the Republican Air Force[3], claimed that between August and December, 1937, he took part in seven air combats, forty convoy missions, five strafing attacks and multiple attacks on shipping supplying the Nationalists[4] whilst flying Russian I-15 Chato and I-16 Mosca fighters. In these actions he would claim five kills over the Aragon front, two German built He-51’s and three Italian CR-32’s[5] and stated he was credited an additional half kill.[6]

If true then this would make Peck the first African American air combat ace. But there has been a great deal of criticism of Peck’s claim.

Aviation historian Alenn Herr states that sources concerning Peck’s record are unsubstantiated and contain numerous errors.[7] In addition, he would publish a comment by Republican pilot Jose “Chang” Seles Ogino that “James Peck’s service as a fighter pilot in Spain was utterly impossible.”[8]

In addition the Abraham Lincoln Brigade archive records that Peck never flew in Spain and the American Fighter Aces Association does not recognise his claims. Spanish sources, such as Jesus Salas Larrazabal’s comprehensive “Air War over Spain” also make no mention of Peck’s combats.

Faced by questions over these discrepancies later in his life Peck “calmly reasserted his claim”[9] and stated that flying combat was a minor episode in his life outweighed by his later accomplishments.[10]

Returning from Spain in early 1938 Peck would go on to reinforce his reputation as an aviation journalist and an expert in the field, writing initially about his experiences in Spain for Sportsman Pilot and the New York Times Magazine and features on aeronautical issues for Harpers, Science Digest and Scientific American. He also wrote a number of articles calling for the inclusion of black pilots in the U.S. military[11] and published his first book Armies with Wings in 1940.

With America’s entry into the Second World War Peck served in the Merchant Marine and after his discharge in 1945 he became aviation correspondent for Popular Science magazine.

He remained a journalist until 1959 then went to work for STL at Cape Canaveral, making him “the first-and for three years the only-black to serve at Cape Canaveral in any engineering capacity.”[12] He would subsequently work on the Mercury and Gemini space missions and on classified satellite projects. In 1972 he went to work for North American on the B1 bomber project and retired from the aerospace industry in 1981.

His working on some of America’s most classified projects is particularly remarkable considering the persecution other Spanish Civil War veterans faced due to suspected communist affiliations after World War Two.

His career certainly stands in sharp contrast to that of Eddie Carter, who was hounded out of the US Army despite being a war hero.

James Lincoln Holt Peck died in California in 1996. Though his claims as a fighter pilot will most likely be forever disputed he was, without doubt, a remarkable man who achieved a great deal despite the obstacles he faced from the inherent racism in American society at that time.