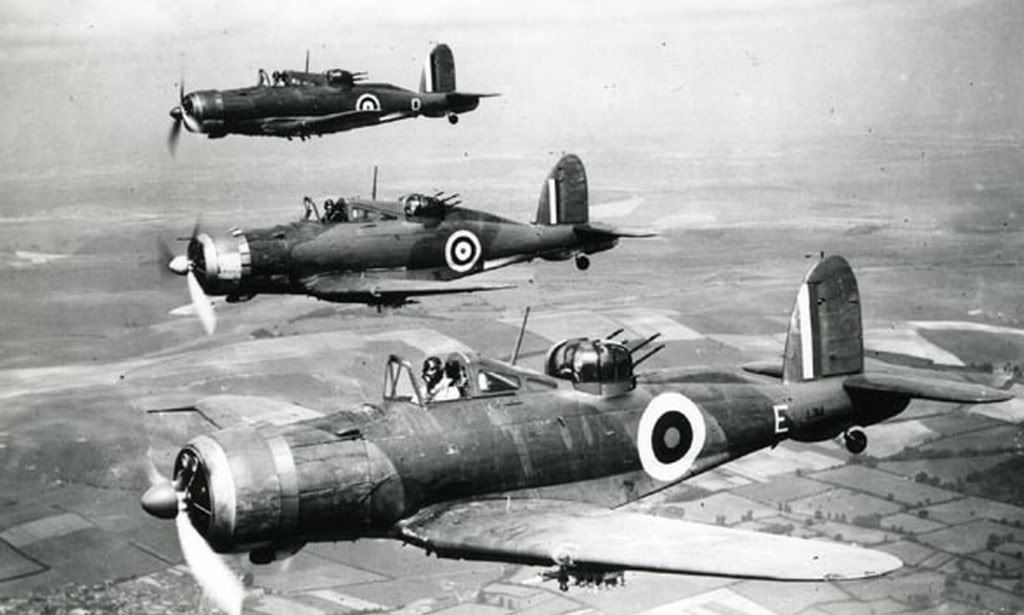 The Blackburn Roc has long been rated as one of the worst fighters in history. Slow and cumbersome, the aircraft lumbered through several actions for the first year or so of the Second World War.  It was then largely withdrawn from frontline service and relegated to non-combat roles or areas where there was no danger of it ever running across enemy fighters.

But while the types reputation is justifiable in light of its failures at the start of World War Two, a pertinent question is why was such a design ever fielded?

In actual fact, the Roc is a great example of where theory smashes headlong into reality. It is also a demonstration of where an specialist weapon is misused in roles it wasn’t really designed for, as well as providing some great “what-ifs”.

A development of the Skua dive bomber, the Roc was designed as a turret fighter to be operated by the Royal Navy’s Fleet Air Arm off of aircraft carriers. 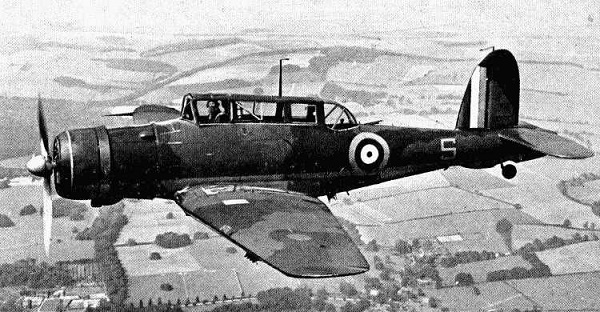 Along with its stable mate, the Bolton Paul Defiant, the Roc’s armament consisted of four .303 Browning machine guns mounted in a Frazier-Nash turret behind the pilot and operated by a dedicated gunner. 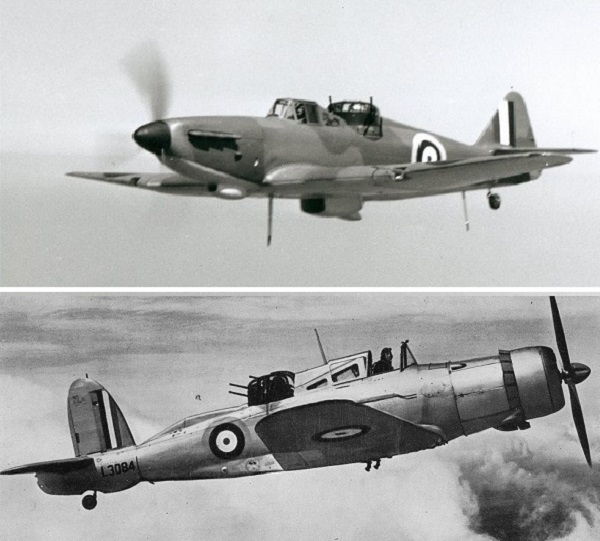 The Roc also had the ability to carry two 250-lb under its wings and retained dive brakes, allowing it to be used as an attack aircraft. It was powered by the same Perseus radial engine as the Skua, which could produce 900hp at emergency power.

But while the Skua would provide some sterling service in the first years of the war, it’s turreted sibling was largely a lemon. In terms of speed and range, it did not match the Skua, which was an aircraft recognised at the time of its design as inferior to land-based fighters.

During the Roc’s first flight in 1938 the type managed a maximum speed of only 223mph and consideration was given to cancelling the aircraft. But fears of disrupting production lines meant the design went into service in late 1939.

In defence of that decision, it should be remembered that at the time war clouds were well and truly gathering over Europe and all the services were scrambling for any equipment they could get. The FAA, in many ways the unwanted step-child of the Royal Air Force and Navy, had to take whatever it could get.

The Roc would see service attempting to defend the Home Fleet’s anchorage at Scapa Flow in the far North of Scotland, were it would prove totally incapable of intercepting German raiders. It would then see some service over Norway in 1940, fighting the German invasion of that country.

Again, it would enjoy no great success here before being committed to the desperate defence of the Dunkirk evacuation as British forces were driven off of the continent. Here the Roc scored it’s one and only confirmed kill when an aircraft of 806 Squadron was credited with shooting down a Ju88 bomber on the 29 May, 1940.

Rocs would see a few more months of use, mainly in dive bombing or patrol work and fighting the occasional skirmish during the Battle Of Britain. But by September 1940 the type was effectively withdrawn from frontline use and employed for target towing duties or even as static anti-aircraft guns at air fields with their engines removed.

The Roc therefore saw less than a year of combat service, and for most of that was wisely kept away from the fighting as much as possible.

In fact the whole turret-fighter concept would prove to be less than successful. Encumbered with the heavy turret and an extra crewman, both the Defiant and the Roc were outclassed by single-seat fighters that they encountered.

And that, one would imagine, is entirely logical. How can such designs possibly compete?

Firstly, the concept of the turret-fighter was grounded in extensive British aerial combat experience from the First World War. The RAF – and by extension the FAA – were advocates of “no-allowance” shooting. The principle is simple enough.

During a dogfight, a fighter with front firing guns must get into a position to direct his stream of fire not at where the enemy aircraft is, but at where it will be when the bullets arrive. 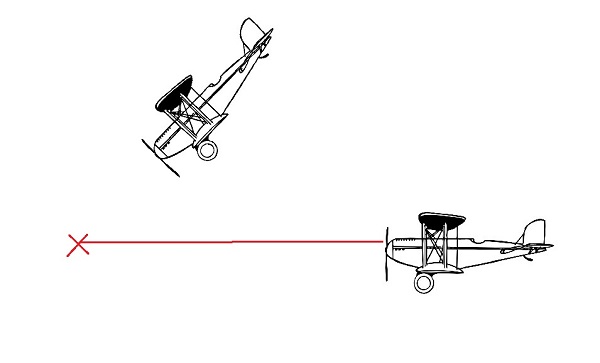 This is called “deflection shooting”, and requires training and experience to achieve, especially in a high stress situation such as air combat.

If both aircraft are pulling hard turns – normal in air-to-air fighting – the pursuing aircraft needs to pull his nose past the target to achieve a deflection shot. This means he will actually be shooting at a target he cannot even see. 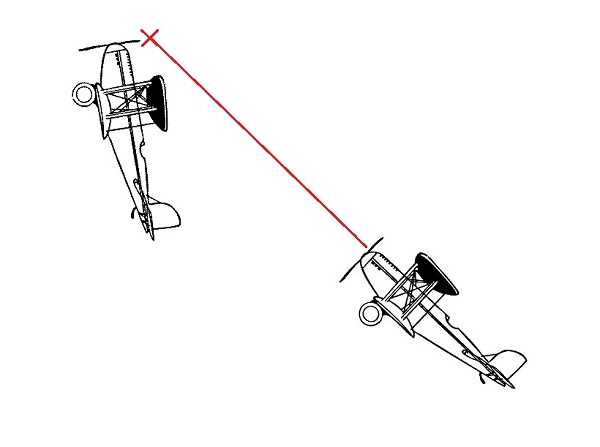 No-allowance shooting gets around this by fitting a gun at an angle that can fire effectively upwards. Instead of having to pull their nose across a target, the pilot can hit his target in the turn much easier. 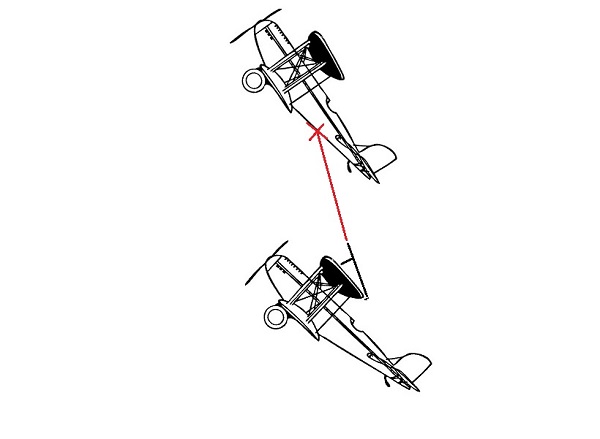 It should also be remembered that this was not just some theoretical tactic. No-allowance shooting was a standard tactic for Allied WW1 flyers, whose aircraft quite often featured a Lewis machine gun above their top wings that could be fixed to fire at an angle.

This method was highly effective and was used by notable Allied aces such as Albert Ball, who was credited with 44 kills and a practitioner of the technique. 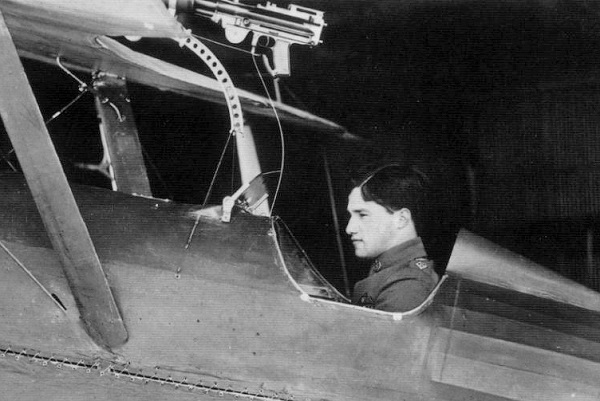 Additionally, no-allowance shooting was recognised as a great method for killing bombers, which was recognised by the Germans later in World War 2 with their Schrage Musik installations, which fitted heavy auto cannons firing upwards into the bellies of allied bombers.

And the same principle is the same as that used by modern air-to-air missiles, that now are fitted for “off-boresight” engagements by having their seekers slaved to the pilots head movements, not fixed facing forwards alone.

So, the principle does seem to work. Bearing this in mind, the idea of fitting a turret that concentrated the aircrafts entire firepower into one stream that could be adjusted by a gunner while the pilot focused on flying also makes a lot of sense.

The second factor regarding the Roc is that it was designed for very specific requirements which made sense when it was on the drawing board, but which were left behind by the rapid technological developments on the 1930s.

The Roc was never designed to be carrier fighter in the sense of its American and Japanese counterparts. Indeed, the Royal Navy never intended for its fighters to be the primary means of fleet defence. Instead it relied on gunfire for its anti-aircraft protection, and followed the philosophy of the armoured carrier. The Royal Navy expected it’s carriers to get hit, and built both them and the aircraft they carried with this in mind.

It’s fighters were not meant to tangle with the enemy in dogfights. They had much more specific design philosophies.

For starters, the Roc and the Skua were intended to chase off or destroy enemy reconnaissance aircraft that were shadowing the fleet. In fact the Roc performed this role well on several occasions during the Norwegian campaign.

But there is another factor involved in this. At the time of the Roc’s conception, radar was highly secret, experimental and only just being applied to ground stations. The Royal Navy therefore needed aircraft to act as pickets.

Any patrolling naval fighter, guarding against enemy aircraft far from the fleet, would definitely benefit from having a second set of eyes to watch the skies and sea.

With the decision made that the Roc would be a two-seat aircraft – and therefore already inferior to its single seat contemporaries – it makes further sense to add a more substantial armament and to try the concept of the turreted fighter to maximize that capability.

Of course, the reality proved very different. Radar rapidly did become a feature on warships, moving the emphasis to high performance aircraft that could defend the fleet further out. The Roc was obsolete at fielding, displaced by rapidly evolving technology and aircraft, hence its ineffectiveness.

There was one other role that the Roc was intended for, one it never got to demonstrate and which may, possibly, have allowed it to make a greater mark.

It’s poor performance may have meant it was badly outclassed by other fighters, but the Roc was perfectly capable of providing escort for the standard torpedo bomber of the FAA at that time, the Fairey Swordfish.

As John Dell points out on his excellent website, the Royal Navy’s recognised before the Second World War that whilst high flying dive bombers may be able to avoid fighter escorts long enough to launch their attacks, low flying torpedo aircraft would be sitting ducks for fighters swooping down upon them.

Wartime experience bore this out. When unescorted torpedo aircraft had to run the gauntlet of fighter cover, as occurred at the Battle of Midway and during the FAA’s desperate attempts to thwart the German battleships Scharnhorst and Gneisenau in their dash up the channel, the torpedo aircraft were slaughtered without achieving their missions.

The Roc was intended to help balance this.

Escorting the low level waves of torpedo aircraft, the Roc’s would act as flying anti-aircraft batteries. Any fighters jumping the formation would face not just the defensive guns of the attack aircraft, but a mass of accurate fire from the Rocs in the formation as well.

But this situation never came to pass and this sums up the Blackburn Roc; a whole bunch of interesting theories and doctrine personified, it was let down by the reality that warfare requires flexibility.

An aircraft both as limited and as specialised as the Roc was practically dead weight for the squadrons who used it. The last was removed from service in 1943 for lack of spares and that was the end of this rather sad aircraft.