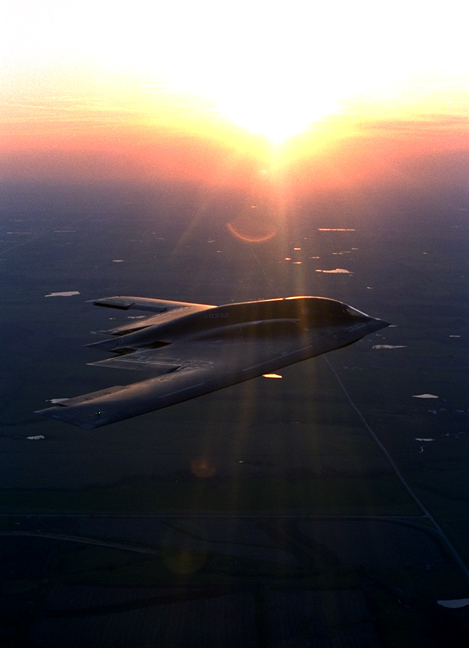 July 17 marked 30 years since the Northrop Grumman B-2 Spirit first took to the skies. Three decades later, the iconic flying wing is still in a class of its own.

A truly remarkable aircraft, the B-2 is the only U.S. aircraft that combines long range, large payload and stealth in a single platform, giving it the ability to project air power anywhere in the world.

Capable of flying 6,000 nautical miles unrefueled and 10,000 nautical miles with just one aerial refuelling, its ability to carry more than 20 tons of conventional and nuclear ordnance and deliver it precisely under any weather conditions mean the B-2 can make decisive strikes that affect the outcome of a conflict with a single mission.

A prime example of this was seen in the aircrafts first action, over Kosovo against Serbian forces during Operation Allied Force on March 24, 1999. Serbia’s air defences were formidable and NATO needed an aircraft capable of making precise strikes on critical targets in the first attacks to disrupt critical infrastructure.

The B-2 was the aircraft for the job. For the mission planners the B-2 bomber and its all-weather, satellite guided precision weapon, the Joint Direct Attack Munition or JDAM, was key. Only B-2s were capable of carrying the weapon at that time. 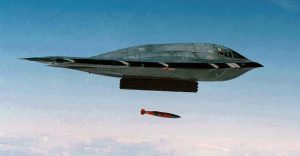 Darrell Davis crewed those first missions. He recounts that:

‘What was it like to fly the first B-2 combat sortie? No Chariots of Fire overture, no Top Gun chaos on the radios. We took off in the dead of night. Night turned to day. Day turned to night.

‘You open the weapons bay doors and present angles to radars. When radars have angles they get hits. When they have enough hits they can build tracks and pass them on to target tracking radars and cue other radars. If they get a good track they can launch against you.

‘Our systems came alive and said we had a good weapons delivery solution. Just a few seconds before release, the weapons bay doors open. You hear the rush, the noise changes in the cockpit and then 3-2-1 the weapons begin kicking out.

‘Doors shut. Okay, now it’s on. They didn’t know we were here before. We’ve given them every reason to know we are here now. You’re checking inside, checking outside. Things remain quiet. Your confidence begins building that this could go well.’

It did go well. Throughout the conflict B-2s dropped 650 JDAMs and scored an 84% mission success rate. The bomber flew less than 1% of the total missions, yet destroyed 33% of the targets in the first eight weeks of the conflict.

This record continued as the aircraft went on to play key parts in the air operation planning for later campaigns Operations Enduring Freedom, Iraqi Freedom, Odyssey Dawn and Odyssey Lightning. 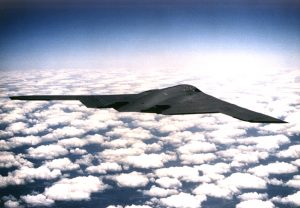 Such capability is not cheap. Only twenty one aircraft were built in the original B-2 fleet. Today, the fleet consists of 20 aircraft, following the loss, in February 2008, of the Spirit of Kansas, which crashed while taking off from Andersen Air Force Base, Guam, the only loss the type has suffered to date.

Evolving technology means that the B-2 now faces threats that it’s designers couldn’t foresee. Despite this, continued upgrades to the aircraft means the B-2 is still the most formidable heavy bomber on the planet.