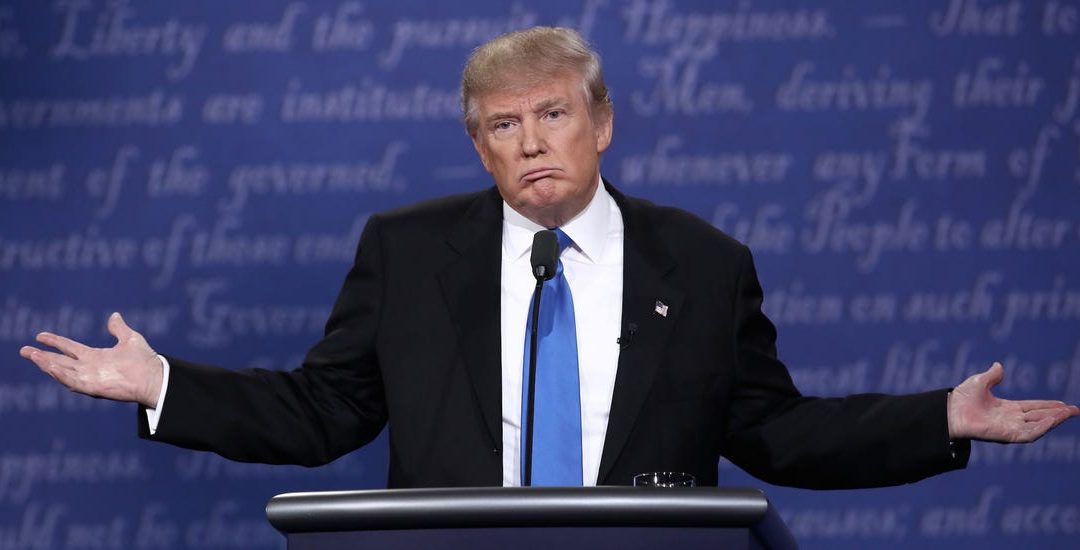 President Trump’s announcement that he was going to allow the Turkish military to invade north-east Syria has brought the expected consequences. Turkish artillery and airpower are pummelling the towns and cities of the region of Rojava, hundreds of thousands of people are fleeing in desperate search of safety and heavy fighting is raging as Turkish forces cross the border and engage with the local Syrian Democratic Forces (SDF).

The situation is a human tragedy of vast scale. Rojava was the most peaceful part of the whole blighted country. Peopled by a myriad of different ethnic groups and religions the area had been the centre of the war against ISIS. Smashed by conflict, it would have been easy for Rojavans to have continued fighting one another indefinitely, just as many of the other groups in Syria continue to do.

Instead something remarkable occurred. A progressive society formed after the defeat of the fundamentalist scourges of ISIS and Al Qaeda, a society which enforced women’s rights and equality, banned child marriage and advocated for an end to sectarian and racial conflict through the use of minimal central intervention and greater focus on local governance.

Was it perfect? No. Ethnic tensions still remained and there were serious allegations that the Kurds of the region are using their new supremacy in the area to ensure their own position. But it was the closest thing to a success story in the sorry mess that is the Syrian Civil War. It was also the only place were Western influence had any traction.

Rebuilding of the destroyed cities, including the former ISIS capital of Raqqa, was proceeding. Life had already returned to normal in much of the region and there was genuine hope for a better future. Key to this stability was a small contingent of US and other foreign soldiers whose presence kept the peace just with their presence.

That is now ended.

Some have applauded Trump’s decision, ending one of the “Forever Wars”. Why should American soldiers be assigned to protect the people of Rojava against forces that are of no concern to America, indeed against a NATO ally in the shape of Turkey?

The view is short sighted in the extreme. While it must be acknowledged that no military deployment is without risk, the foreign troops based in SDF-controlled areas likely had one of the safest postings available up until the Turkish intervention. They operated in secured areas alongside a local force that had demonstrated both its competency and dedication to assisting its American allies. This is not Afghanistan or even Jordan.  Noticeably no one is calling for US troops to be removed from these countries.

President Trump’s decisions will also have disastrous consequences not just for the unfortunate inhabitants of the region but also in the battle against ISIS and other Islamic terrorist groups. Ironically, the President seems to have placed American service personnel in far greater danger.

The motives of the Turkish government also need to be examined. Turkey’s says its intervention is justified on two main points; that they too are fighting terrorists and that they hope to settle several million displaced Syrian refugees that are currently residing in Turkey. Neither point holds up to scrutiny.

In terms of its claims to fighting terror, Turkey states that the Kurdish YPG, which forms the strongest component of the SDF, is one and the same as the PKK. This group is internationally listed as a terrorist group and has been fighting a savage insurgency against the Turks for decades.

There can be no denying that the YPG and PKK both enjoy close links with one another and share an ideology, both subscribing to the political theories of the Kurdish theorist Abdullah Ocalan. But to say they are same is disingenuous, as was spelt out by Aldar Khalil, a member of the Rojavan parliament.

The YPG and SDF have been the recipients of copious amounts of military support from the international coalition during the campaign to eradicate ISIS. Indeed, they were praised by Trump himself as “great fighters” who had defeated ISIS “side-by-side” with the US. It is also important to note that the SDF is a much larger entity than the YPG, composed of large numbers Assyrian Christians, Muslim Arabs, Yazidis and even Turkmen. It’s noticeable that many of these groups have not only condemned the invasion but dispatched their forces to fight against it.

Turkey’s attack promises the threat of greater actions by jihadist terrorists, both in the Middle East and abroad. You only have to look at the composition of the forces Turkey is using to achieve its goals. Most of the TFSA – the Syrian exile army that Turkey is supporting to oust the SDF from the border areas – fled to Turkey in the wake of the defeat of Al Nusra (Syria’s Al Qaeda offshoot) and ISIS itself. Already evidence is emerging of just what this “anti-terrorist” force stand for, with Amnesty International stating that they have evidence of human rights violation and war crimes being committed by the Turkish military and their auxiliaries.

This situation is hardly a surprise for any watchers of the area. Turkey has for several years supported Jihadi groups with arms and other support, as well as providing safe haven and transit into Syria for Islamist fighters. I have personally witnessed the level of trade that the Turks allowed with ISIS whilst I was in Syria in 2015/16. This is all part of a deliberate policy to expand Turkish influence in the Middle East through the use of Islamist groups.

Additionally, tens of thousands of former ISIS fighters and sympathisers are currently being held by the SDF in prison camps throughout Rojava. Once they are released or escape – as is already occurring when their guards leave to go fight the invasion or else are attacked by Turkish forces – these fighters will provide more fodder for Turkey’s jihadist plans.

In terms of Turkey’s claim that it wants to resettle millions of refugees within its borders, this too doesn’t really stand up to much scrutiny. The refugees still provide President Erdogan of Turkey a useful bludgeon to beat his foreign critics with, as was seen recently by his threats against the European Union.

Additionally, most of the refugees came from the areas that rose up against Assad and are still being fought over. All rehousing them in Rojava will do is mean the displacement of the existing population, creating a fresh wave of refugees.

This is the Turkish plan.

Turkey intends to effectively ethnically cleanse Rojava and implant a population that it believes it can control, much as it attempted to do after its invasion of the Kurdish enclave of Afrin in 2018. This has led to Afrin becoming a lair for Islamists and jihadi groups, which operate in safety under Turkish protection.

This still hasn’t stopped the rival factions periodically fighting one another, a marked contrast with the previous history of Afrin which enjoyed the benefits of being the only area of Syria largely untouched by war until the Turkish invasion. It has also seen the policies on religious tolerance and female equality previously enjoyed by the inhabitants of Afrin reversed.

Turkey’s invasion will, in short, create a fresh wave of Syrian refugees and resort in the most stable part of Syria becoming a hotbed for Islamic fundamentalists and a training ground for jihadists. And this time there will be no local fighters that the West can engage with to fight the war for them – they’ll all be dead or refugees themselves.

Worse, these Islamists will operate under the protection of NATOs second largest military.

As if the signing off on this design by President Trump was not bad enough, he has compounded the error with a series of blunders that quite frankly beggar belief. First there was the release of the letter he wrote to Erdogan prior to the invasion, which warned Erdogan to “not be a fool”. One can only assume that the release was an attempt by the Whitehouse to try to divert blame for the invasion off of the President. If so, it failed spectacularly.

First, the letter was as unusual in its content and style as to actually cause doubt as to its veracity. This then created an excuse for Erdogan to display outrage at how the President had treated him, a convenient shore to his own domestic support considering the level of international condemnation the Turkish President has been receiving since the invasion. So bad are relations between the two countries that the United States is reported to be contemplating removing their nuclear arsenal from Turkey.

The SDF has also, naturally, taken the attitude that America is not a reliable friend and stated that an ethnic cleansing is happening under the eyes of the US Army. In desperation they have turned to the Assad government for help and allowed the Syrian army to move into their territory and retake control of the border area, something it hasn’t been able to do for eight years. Thus in one move the US has provided a huge boost to a foe that that it had spent billions of dollars trying to unseat (admittedly, with poor results) and lost their primary ally in the country.

However, perhaps recognising they are truly caught between a rock and a hard place, the SDF is still keeping some faith with the Americans and agreed to a ceasefire that the US and Turkey negotiated, despite it being widely derided as a capitulation to the Turks. The ceasefire, as reported by the humanitarian group the Free Burma Rangers, promptly fell apart before being shakily instituted, allowing some casualties of the fighting to be evacuated.

Thus, American policy on Syria has proven disastrous on multiple fronts. It has managed to completely destroy almost all influence it had in Syria through its treatment of the SDF but has still alienated Turkey, an important ally, despite caving to their invasion plan and effectively agreeing to allow an ethnic cleansing. This in turn has caused immeasurable damage to the US reputation across the globe as other nations watch aghast at the ham-fisted handling of this whole sorry affair.

Additionally the war against Islamic fundamentalism has suffered a setback that it may not recover from as the most effective fighting force against it in the region engages in a battle for its very survival and Jihadists across the globe get fresh heart from the set back.

President Trump’s decision to abandon (one is tempted to say “betray”) the SDF and the subsequent botched handling of the aftermath will prove to be the worst American foreign policy disaster since Vietnam. The “Forever Wars” just got a fresh injection and the other powers such as China and Russia will no doubt become far more brazen in their own foreign endeavours as US influence staggers under this debacle.