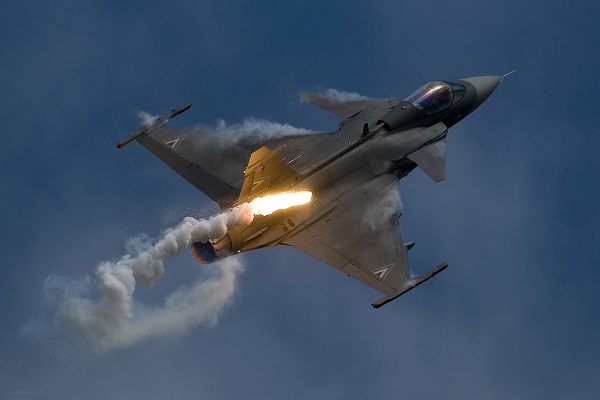 Following on from the announcement last week that Lockheed was willing to transfer exclusive production of their F-21 variant of the F-16 fighter aircraft to India in order to help their bid to win the Indian Air Force’s competition seeking a new multirole aircraft, now Saab has made a similar offer to the Royal Canadian Air Force (RCAF) with its Gripen.

The Canadian government has specified that they are accepting bids for 88 aircraft to replace their aging fleet of CF-188A/B Hornets, which have been in service since 1983. Key to the bid is the necessity for considerable amounts of each aircraft to be built in Canada. The nation has an advanced aircraft industry and has license built most of its fighter aircraft since the Cold War. 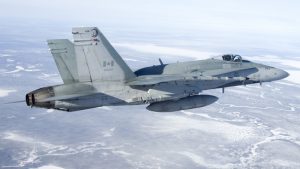 The Department for National Defence states that: “The acquisition will include associated equipment, weapons, and sustainment set-up and services to ensure an uninterrupted Canadian Fighter capability that leverages Canadian industry capabilities and contributes to economic growth and jobs…The first aircraft is anticipated in 2025 with the fleet continuing in service beyond 2060.”

The projected cost of the purchase is $15-19 billion USD.

The situation for the RCAF is becoming somewhat critical. In 2010 the government announced that the Lockheed Martin F-35 was to be the CF-188’s replacement, and the country had been an early partner in the JSF program, joining in 1997 and investing hundreds of millions of dollars into the program. Deliveries were scheduled to begin in 2016. 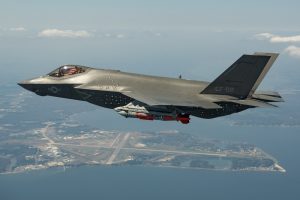 This has left the RCAF to deal with a shrinking and aging air defence fleet. As an interim 25 Australian F-18As – being made surplus by that country’s own F-35 acquisition – are being purchased to provide supplementary aircraft and spares to keep the current fleet flying, but this is a stopgap measure that adds an extra $500 million to the bill.

Saab very much sees their Gripen E as the perfect answer to Canada’s problems. Designed for use in rough airfields in artic conditions, they have stated they are happy to acquiesce to Canadian demands on industrial cooperation on building the aircraft. Another contender, Airbus with their Eurofighter, has also made mild comments on their willingness to concede on Canadian participation, but without the giving a solid assurance like Saab.

However, though the F-35 was an issue that the Liberal government campaigned on, they have very noticeably not discounted the aircraft as a candidate. The Gripen E is an excellent aircraft, without doubt, and the Swedes at least are confident that it is more than able of holding its own for the foreseeable future against any Russian capability, which is believed to be overestimated.

But the fact remains that despite the decades of criticism it has faced during its development and initial deployment, the F-35 is the most capable multirole aircraft in existence and is only going to become more so as it matures and is upgraded further. The Gripen is older technology and will never be able to match that.

The question the Canadians are asking now is whether this is a case of “perfection being the enemy of good enough”. The Gripen – or indeed another competitor – may well prove a more astute purchase in the long term as it is liable to remain an excellent platform for decades, much more than likely quite capable of dealing with anything that the RCAF requires of it throughout its service life. At a price considerably less than the F-35, that would be an excellent decision.

But the Gripen isn’t the best.

And there is no second place in air warfare.