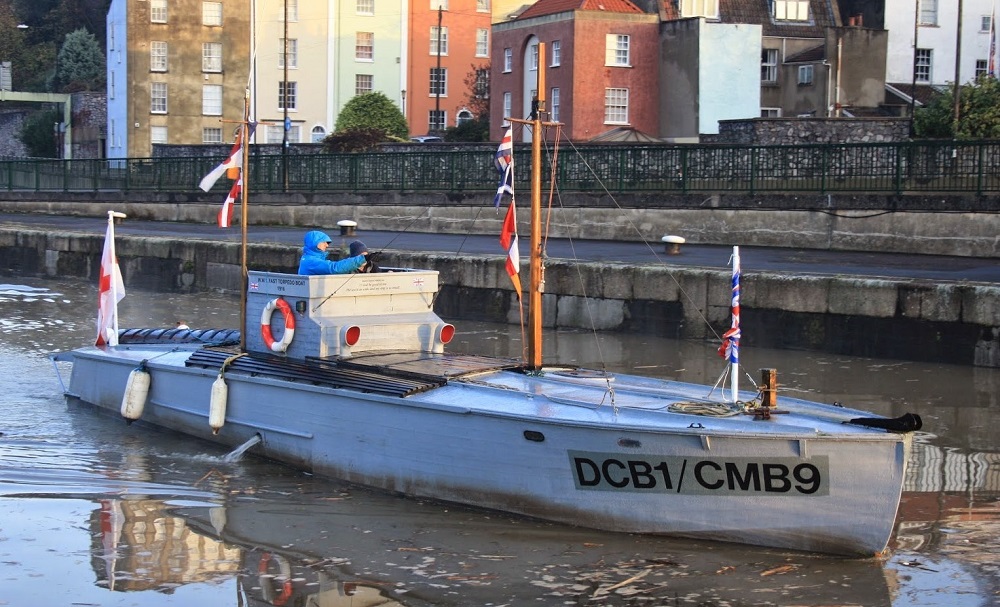 For those with an interest in one of the more esoteric parts of naval history, the 2019 Thames Traditional Boat Festival which runs from 19-21 July at Fawley Meadows, Henley-on-Thames, will have on display CMB9, a unique surviving torpedo boat from the First World War.

Coastal Motor-Boat 9 – CMB9 – was built as a motor torpedo boat for the Royal Navy in 1916 and saw action the following year off Zeebrugge. With CMB1, the boat was serving on the Dover patrol when they came under attack by four German torpedo boats while rescuing shot down pilots. CMB9 escaped unscathed but CMB1 took a direct hit and was blown up.

In September 1917 CMB9 was part of a top-secret experiment to become Distant Control Boats (DCBs). This was to test whether unmanned fast patrol boats with torpedoes could be controlled from the air and directed towards enemy targets.

CMB9 was re-designated as DCB1 and test runs carried out to discover whether they could be controlled from an aircraft flying at 16,000 feet and five miles away in order to attack enemy vessels. Though the experiments seem to have come to naught, DCB1 does represent in essence a unique experimental weapon that represented the very cutting edge of technology in its day.

Visitors to the show will also be able to see surviving boats from the Dunkirk evacuation and the Bremont Air Display team will be showing off their Sopwith Camel, Avro and Fokker triplanes, and replica WW1 veteran aircraft in aerial formation.

There are discounts for booking tickets on-line and entrance can be purchased at the gate for each individual day or a three-day ticket.