Anyone with even a vague interest in the Second World War has probably heard of the STEN submachine gun. Simplicity personified, the STEN was designed when Britain was facing its darkest hour after the fall of France in 1940.

Expecting a German invasion and critically short of weapons, the STEN went from proposal to adoption in an amazing three months. It was cheap and primitive, but it worked and would go on to be built by the millions.

But what many people probably don’t know is that the British, facing the possible annihilation of their air force at the same time as the STEN was being conceived, developed a fighter aircraft on the same principles of simplicity and cheapness. And it appears to have been pretty formidable.

The Miles M.20 was designed as a simple and quick-to-build emergency fighter should supplies of the principal Royal Air Force fighters, the Spitfire and Hurricane, be disrupted by bombing. 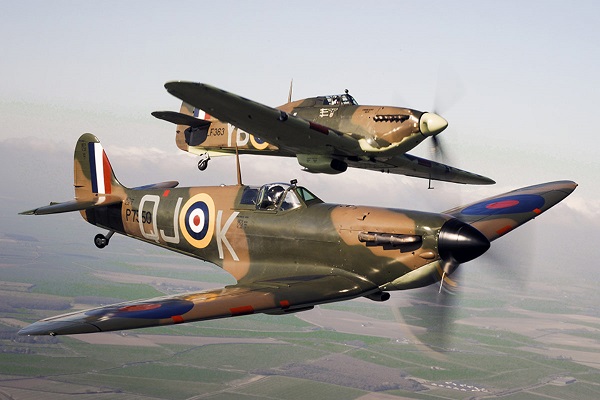 Miles Aircraft, the manufacturer, actually began development at the outbreak of war in September 1939. The emphasis was on simplicity and the use of easily available, non-strategic materials. To this end the M.20 was of all-wooden construction and used many parts from the Miles-built Master trainer aircraft.

For further simplicity the aircraft was to have no hydraulics, meaning the undercarriage was fixed, something of an oddity in a fighter of the day. However, the fixed landing gear meant there was a lot more room in the wings for armament, ammunition and fuel.

The M.20 was expected to be able to carry twelve .303 browning machine guns, 5000 rounds of ammunition for them and 700 litres of fuel. Compared to both the Spitfire and the Hurricane this represented a 50% increase in their armament plus a doubling of their fuel and ammunition capacities. 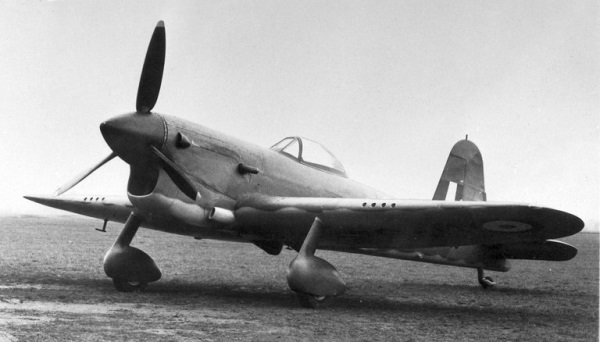 Powered by the same Merlin engine as the existing fighters, the M.20 was expected to have comparable performance and better range.

Initially the Air Ministry was not particularly interested in the aircraft, but the disaster in France and the outbreak of the Battle of Britain, combined with the heavy losses incurred by Fighter Command led to a rapid reappraisal. Miles received an order to get an example flying as quickly as possible.

Because of the initial development work and the sheer simplicity of the aircraft, they accomplished this in a time of two months and nine days. That has to be a record for any aircraft, let alone one intended to be a front line fighter!

The prototype flew on 15 September 1940. Armed with eight .303 Brownings like the contemporary Spitfires and Hurricane in service, the M.20 demonstrated that it was capable of over 330 mph when combat loaded. This made it mid-way in speed between the Hurricane and the Spitfire. It’s range and endurance was, as expected about double that of either.

However, the Battle of Britain had been won by this point and the desperate need for fighters was ebbing as existing manufacture managed to keep up. A second prototype was built in 1941 to look at the possibility of fielding it as a naval aircraft for aircraft carriers or for use from the Catapult Armed Merchantmen coming into service to protect shipping.

However, the surfeit of old Hurricanes made building a dedicated aircraft for the job pointless. Both aircraft were scrapped (which as they were built of wood wouldn’t have too difficult) and that was the end of the Miles M.20. Though we can only speculate at how it would have performed in combat, it was a truly remarkable achievement.