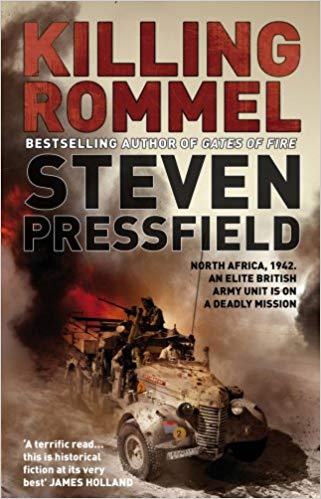 It must first be pointed out that this is not a factual book; it is a novel and, as such, is an unusual selection to be on Military Matters, which generally deals with factual sources. The reason for its inclusion is that Pressfield manages to convey something in this book that most writers never seem to get right – the sheer confusion, boredom and terror of war.

Killing Rommel tells the story of a British tank officer who is seconded to the Long Range Desert group (LRDG) which has the mission of – surprise – killing Rommel. The book therefore has as characters some of the legendary figures of the early modern special forces. 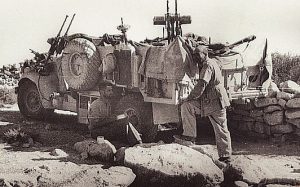 Pressfield is known for his meticulous research into the subjects he writes on to really convey accurately the sensations that his characters are undergoing. But more than most he is able to convey the true, accurate impressions of those experiences.

The writing manages to bring to life not just the soldiering, but of the attitude of the people who lived at the time, providing a “cultural capture” by detailing the early life of the narrator, his upbringing and the society that formed the people who went off to World War Two.

In many ways the style is the same as that the writer used in his previous best seller, Gates of Fire, with the narrator being part of great events alongside legendary figures, and telling their story alongside his own as a result.

But what really stood out in this book for me was how Pressfield was able to convey the sheer confusion of war; from entire regiments wandering the desert trying to figure out where they are meant to be and what’s going on, to the panic of the sudden frantic gun fight.

He also manages to get across the dichotomy of the soldier, how war is both an awful and awesome experience, literally giving a participant the opportunity to experience both the very worst and very best of humanity and the mixed emotion that this brings.

As said, Killing Rommel is not a history book. But it is a cracking read for those interested in warfare.