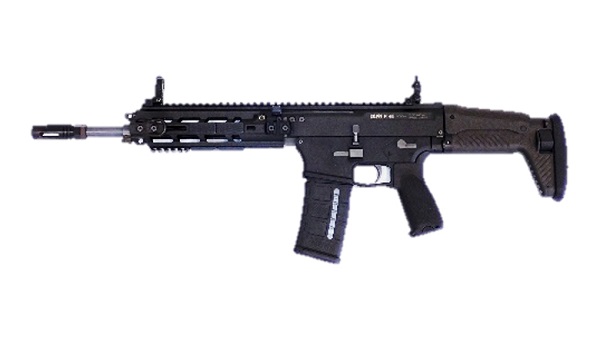 Many thanks to @vonoknow_niner for providing all the information for this article.

The Japanese Ground Self Defence Force (JGSDF) has announced its selection of a new service rifle and pistol. The initial orders are small, 3283 rifles and 323 pistols. These will presumably be used for field trials with certain units, probably the SFGp and SBU special forces units and other selected battalions.

The new rifle is designated currently as the HOWA 5.56 (pictured above) and is only in prototype form. However in testing against both the H&K 416 and the FN SCAR-L the new rifle is said to have scored highly in accuracy, reliability and price – though full details have not been disclosed. 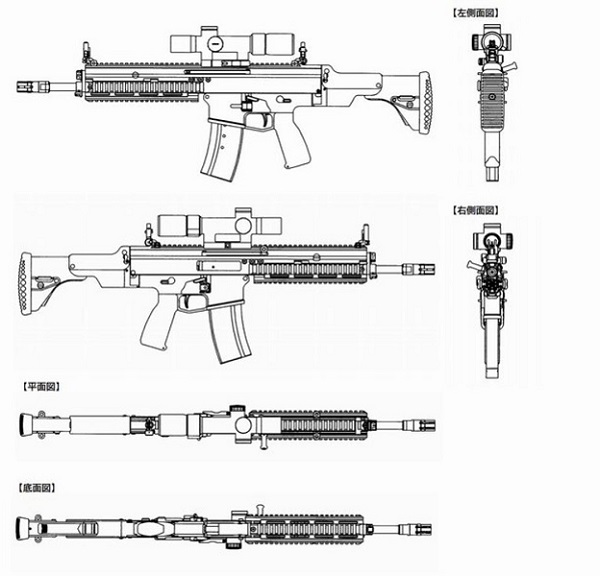 In terms of the weapons function, details are again somewhat unclear. The JGSDF has bought batches of various weapons such as M4 carbines, the 416, SCAR and G36 for deployment with their Special Forces, and thus has practical experience of foreign small arms development.

In fact the new rifle – which is possibly to be designated as the Type 19 or 20, though there is no confirmation of that – looks to be in many way an updated version of the current rifle, the Type 89.

An evolution of the AR-18, the Type 89 is cousin to a number of the other rifles currently being adopted which are similar developments.  As HOWA has decades of experience with this system, an improved design taking account of new features is logical. It is likely that the weapon will be analogous to the H&K 433, with which it certainly shares a lot of similarities.

One problem with the Type 89 was the lack of rails, which are a standard feature on modern rifles. The new design has multiple rails to allow the fitting of the host of additions that are now required by infantry, most noticeably an under-barrel grenade launcher. This will be the first Japanese rifle to feature this ability as a standard add-on. 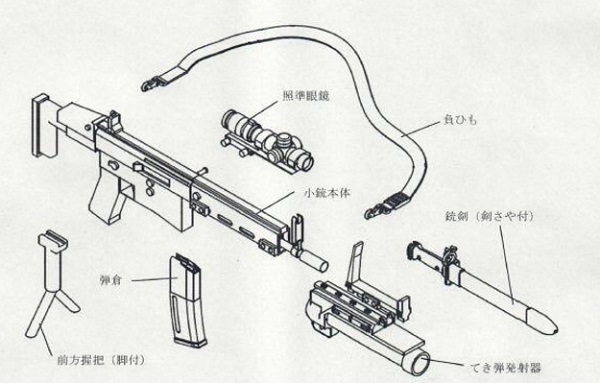 In terms of magazine, it appears in the patents that the rifle will be issued with a new polymer version that is thought to be STANAG compatable. As Japanese forces have been seeing deployment in recent years alongside other nations in places like Iraq this would make sense.

The rifle also drops the three-round burst of the Type 89, only having full automatic fire in addition to semi-auto.

In terms of the new pistol, the JGSDF has selected the H&K SFP9. The pistol was tested against the Beretta APX and the Glock 17 and has emerged the preferred option. The current service pistol is a version of the SIG 220, a design dating from 1978. 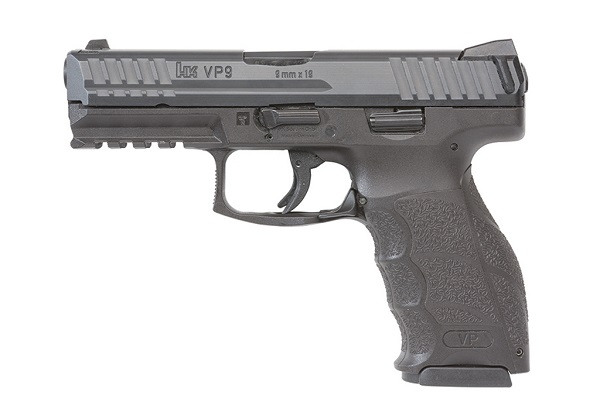 There is also a possible purchase of a new machine gun on the horizon for the JGSDF. Manufacturer Sumitomo has announced they are designing/building a new multi-calibre machine gun in competition to a foreign design that is being assessed. 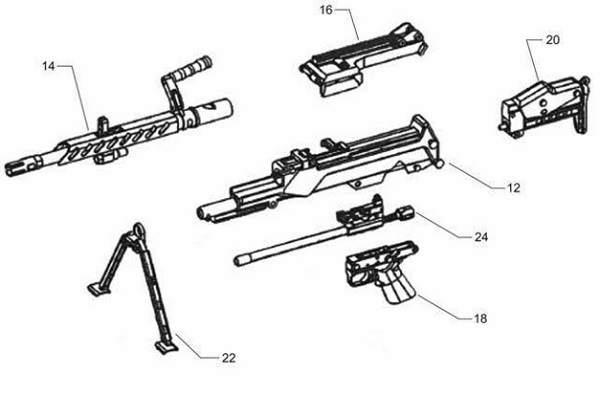 However, there is some concern amongst observers over Sumitomo’s ability to produce a decent weapon. Though the company has built machine guns of various designs for the JGSDF for decades, quality control with their products has a bad reputation.

With high quality machine guns like the H&K MG5 (the suspected competition) on the market, Sumitomo have a tough bench mark to reach.