Ireland Buying New Jet Fighters? What Might They Go For? 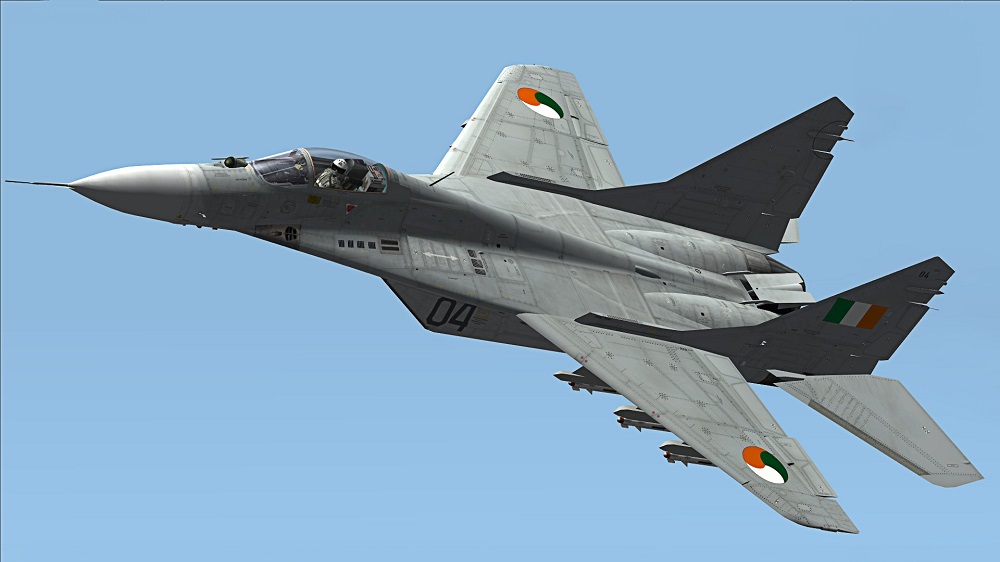 In its latest defence plan the Irish government indicated that it is considering buying new jet fighters to provide for the country’s air defence needs. That’s a bit unusual because the last dedicated fighter aircraft the country had were a few Supermarine Seafire aircraft that were retired in 1955!

As a neutral country, Ireland has never really seen the need for air defence fighters. Until recently.

For the last decade Ireland has experienced regular probing of its air space by Russian bombers. In fact these are mainly aimed at testing the British Royal Air Force’s defences by trying to slip in through the back door – so to speak. These intrusions have also presented a threat to civilian air traffic and caused a lot of disruption.

The Irish and Brits have had an accord where the RAF deal with such intruders, but that has caused issues in Ireland – kind of understandable considering the history between the two countries. So, the Irish are now looking at taking care of their own air defence.

Now to be honest, the costs of setting up their own interceptor fleet and all that goes along with that means that I really don’t think that this will ever happen. But that doesn’t stop us playing “Top Trumps” and considering which aircraft would they go for?

Any aircraft would need to have a focus on air interception as the Irish don’t really need ground strike ability. And as they would be operating primarily over water reliability would be key, so perhaps a twin-engine design would be preferred?

However, the plane selected wouldn’t need to be of cutting edge capability; it’s job, after all, is just to get Russian Bears and Blackjacks loitering over the Atlantic to behave themselves. And cost, as always, is going to be critical.

Obvious favourites would be an older legacy aircraft which might be available cheap on the second hand market, helping to minimise those horrible initial outlays that will probably kill this program before it starts anyway.

For this, an American design is most likely, given the cultural and historical bonds between Ireland and the United States, plus the fact that the U.S. has a vast fleet of surplus older aircraft sitting in storage depots that can be offered up cheap with some reworking.

So, what are the contenders?

Though the F15 is perfectly designed for long range interception and there are large numbers of old aircraft sitting in boneyards that could be sold, the aircraft is probably a bit more than the Irish need.

Costs of running the Eagle would be high for a huge amount of capability that would be largely surplus to requirement.

Or, perhaps, Canada’s variant, the CF-118? These are planned to be retired in the near future and maybe the Irish could pick a few up, plus spares, for a bargain? And Canada’s Hornets have been defending the long northern borders from the same Russian intruders that are vexing the Irish.

But these aircraft are still complex and their age is definitely a problem. Canada’s issues with getting a replacement aircraft into service – which incidentally I’ve done a video on, link will be at the end – mean they have had to buy up Australia’s old F-18s for parts and are spending a lot of money keeping these old fighters in the air.

Out of the legacy options, the F-16 is probably the best bet. A whole bunch of nations are in the process of replacing these with newer aircraft and are probably amenable to doing a deal. Plus the USAF have so many in storage they’re turning them into unmanned drones to shoot down!

So a competent air interceptor which is still in widespread service and likely to be for quite a while, with a large stock of aircraft parts and air frames to choose from; the F-16 is probably the best choice out of the legacy aircraft.

There are a couple of wildcards though:

If the Irish had been making this choice back in the 70s or 80s, it would have been easy. The F-5 was designed to be cheap to buy, cheap to operate, reliable and simple; exactly what the Irish would want.

Of course, these aircraft are old now, some having been in service for forty or fifty years. But the existing airframes that are in service have proven capable of service life extension and upgrading. And like the F-16, a number of operators are in the process of replacing them in service.

Both Korea and Switzerland operate aircraft that fall into this category, and may be happy to sell them off cheap.

Though the F-5s would probably need replacing after a short period due to their age, they could be a useful “starter” fighter for the Irish Air Corps.

A bit unlikely, but still a possibility, the Israeli Kfir is now offered as a complete rebuild. This means that buyers get essentially a brand new and highly capable multirole aircraft at a pretty good price, and a few nations have jumped at the chance.

But again, though it would certainly be capable of the mission, the Kfir would probably be a little too much aircraft for the Irish needs and budget.

Of course, the issue with a legacy aircraft is that these old airframes will only have a limited number of flight hours left on them before they’ll need replacing or major over haul, which, as the Canadians are finding, can be a huge drain on a defence budget.

So if (and it’s a big if, mind) the Irish decide to go for a new aircraft, what are the options?

The Dassault Rafale and Eurofighter

Arguably the premier fighters offered by the European defence industry, I think we can write these off. Though both excellent aircraft, they are hugely expensive as a result. The Eurofighter might have going for it compatibility with the British who may be willing to do a deal, especially on fleet support, for a sale. But it seems unlikely it’ll ever be cheap enough.

An aircraft that is proving popular with buyers on a budget, the Gripen has the lowest operational costs of any of the modern western fighters but still provides a hell of a lot of bang for its buck. And the Swedes have proven very flexible on their terms of sale. Plus as another neutral country, a Gripen purchase could avoid political objections to a purchase.

To be honest, if I was making the call and cost wasn’t a concern, the Gripen would be my favoured option.

But cost is a concern and that means we should look at a few oddballs.

This Chinese fighter is a bit of an enigma and there are some doubts in the west as to just how capable it is as a fighter aircraft. However, that doesn’t really matter to the Irish who, as pointed out, need something with a good turn of speed and a bit of range that they can hang a couple of short range missiles off to escort naughty Russians.

The Thunder can do all that handsomely and it is possible that the Chinese would offer very nice terms as a way of getting some influence in Ireland, a tactic they’ve used with other countries.

That fact has probably put off a few sales to western leaning nations, but the Irish may not be too concerned about that if it means picking up a capable interceptor at bargain basement prices.

As pointed out, the Irish don’t need a latest in radar, electronics or weaponry for the role they want fulfilled, so they may opt for one of the new fighter trainers coming onto the market. Aircraft like the KAI T-50, Aermacchi M-346 or the new American T-7A Red Hawk all offer the possibility of reasonable range, good speed and a basic air intercept capability that is more than enough for the Irish needs.

And truth be told if the Air Corps does get a new aircraft to defend Irish airspace, one of these is the most likely to be chosen.

But there is another option now, an interesting one that may become the choice for smaller nations like Ireland who don’t have the established expertise or infrastructure for air defence and don’t want to invest the capital necessary to acquire what is, after all, a one trick pony.

They could subcontract it.

As a few examples:

Whilst ATAC, which is part of defence giant Textron, operates 63 F1 Mirages. That makes them larger than a number of air forces!

These are just three of a number of companies that could theoretically protect Irish airspace under contract. And that would free up the Irish from building the necessary expertise and infrastructure needed to operate high performance aircraft; the contractors would supply it.

In today’s world of outsourcing that could well be the most efficient and cheapest option!