Iranian Counterstrike; What does Trump do Next? 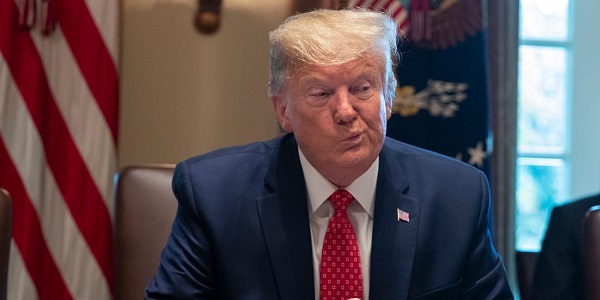 The assassination of General Qasem Soleimani in Baghdad on January 3 by an American drone strike always signalled a change in the status quo in the region.

Commander of the elite Quds Force, part of the Iranian Revolutionary Guard Corps (IRGC), Soleimani was a national hero in Iran and the architect of Iranian asymmetric war policy across the Middle East.

Since 2003 he has built and controlled a network of Shia militias stretching from Lebanon to Yemen, and was accused of master minding attacks on American forces that killed hundreds and maimed thousands, including an alleged attempt on the Saudi ambassador to Mexico!

So his death was a major blow to Iranian strategic interests. However, it has also proven to be a great blow to Iranian prestige. Soleimani was not just some shadow commander pulling strings; he was very much front-and-centre as the face of Iran’s opposition to the USA.

Iran’s leadership very publically swore vengeance for his death, leading the world to wait for their response.

And now we have had it.

Early on the morning of 8 January, Iran launched ballistic missiles against two bases used by US troops in Iraq. It is reported that in total seventeen missile hit the Ain al-Assad base in Western Iraq, while five more struck Erbil in the north of the country.

On the surface such an act would seem to indicate the intention of war from Iran. The use of this type of weapon, launched from Iranian territory, is a clear sign that Iran wants this seen as a state-level reaction.

In addition, Iranian state media immediately began broadcasting that the promised revenge was now being extracted upon the Americans.

But what seems to have happened was a carefully controlled public response from the Iranians.

The Iranian regime had itself in a bit of a fix. On the one hand, they could not let the killing of Soleimani pass without response, especially after making such dire threats. However, they are under no illusions as to their inability to face off America in a conventional war. This is the very reason for the asymmetrical warfare policy they have been engaged in; to grind down American resolve without provoking a major response.

The use of state-level weaponry – and one with a great deal of implied threat – such as ballistic missiles, is a signal of deliberate response. But despite the furore, no US casualties were inflicted.

This is significant as President Trump had already stated that there would be repercussions should any more Americans die due to Iranian action.

It seems almost certain that this was a deliberate decision by the Iranians. Though we are not certain at this time as to what missiles the Iranians used, it seems likely that they were Shahab-3 or Ghadr-110 types. The precision capable of these missiles is uncertain, but it is notable that in 2018 Iran launched missiles at the HQs of two Kurdish separatist organisations in Iraq and stuck them, and this with missiles considered older and less capable.

Assuming the missiles that struck the US bases are more capable models, then the failure to inflict casualties to any US or foreign forces is significant.

Additionally, this seems to be the totality of the response from Iran. In a tweet Javid Zarif, Iran’s Foreign Minister, said that:

“Iran took & concluded proportionate measures in self-defense under Article 51 of UN Charter targeting base from which cowardly armed attack against our citizens & senior officials were launched.

“We do not seek escalation or war, but will defend ourselves against any aggression.”

The citation of Article 51 is important. The Iranians are saying they have been attacked (despite the fact that Soleimani was killed in Iraq) and that this is their response.

Also, after days of mourning Soleimani was finally buried in his home town after the missile launch – a theatrical and symbolic way for the Iranians to signal that they are drawing a line under the affair.

Honour is satisfied, vengeance has been taken (and at no real cost to the US), face has been saved.

The big question now is…will Trump accept this? The President has not shown himself one to accept not getting the last word. So far his response has been one tweet with the overall message of “All is good…” – unusually taciturn for such a prolific communicator.

President Trump has shown restraint in the past to Iranian actions, notable refusing to strike after an American drone was shot down. The question remains just what his administration wants with its future relations with Iran.

After all, Trump faces domestic issues at home; a decisive strike against Iranian military capability could prove popular. And let’s not pretend that a state of aggression hasn’t existed between the USA and Iran since basically 1979. Hawks have been calling for a reckoning for years.

But against that is the deep dislike for any more adventurism amongst a large proportion of the American public, tired of decades of war already – something that Trump himself has promised to resolve, not inflame.

So the world waits to see if this is the end of the matter. Or whether America is about to unleash a storm.

Regardless, it needs to be remembered that though both nations’ leaders are engaged in posturing, the real casualties are normally civilians who are caught in the crossfire. Though no military personnel are reported to have been killed, there are unconfirmed reports of civilian casualties in Iraq from the Iranian strike.

Additionally, soon after the missile launch from Iran, a Ukrainian air liner that had just departed from Tehran crashed just outside the city, killing 180 people. Video of the plane shows it burning as it went down.

Though it is too early to be certain as to the cause, the nature of the crash, its location and timing may well indicate that the airplane was the unfortunate victim of a jumpy air defence unit.

If that is the case, then more innocents have been killed, without a war even being declared.