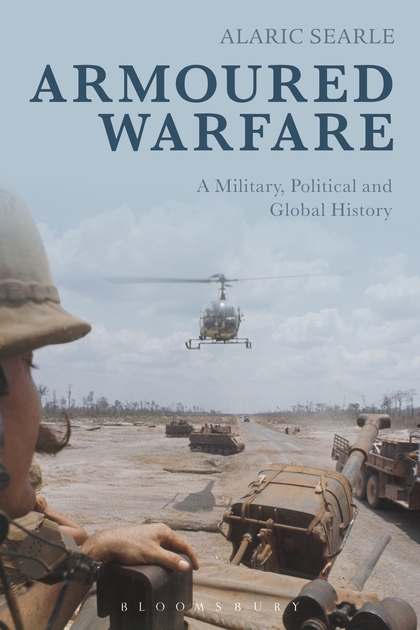 Armoured Warfare is a somewhat sweeping title for a book, covering a vast subject. But that is what the author has attempted and, largely, succeeded in delivering.

This book provides a thorough, comprehensive, and concise overview of the history and nature of armoured warfare from the very first appearance of the tank on the battlefields of World War I to their current use in the twenty-first century.

It’s important to emphasise that this is not a book that provides technical data or information on vehicle types themselves; it is intended to provide the student of armoured warfare a much broader understanding of the tank in its importance in the evolution of modern warfare, politics and even culturally.

The author is well equipped to provide this sort of understanding. Alaric Searle is a Professor of History at the University of Salford who specialises in this subject.

Covering most of the major conflicts utilising armour through the last hundred years, Armoured Warfare follows a timeline approach so as to enable the reader to trace the development of the tank and its use and importance in warfare.

This allows the reader to appreciate how many times some of the lessons have had to be relearned – the need for tanks and infantry to mutually support each other seems to repeat throughout the book.

Additionally the author has some interesting insights into the subject, such as spelling out and dispelling some of the myths around Blitzkrieg and pointing out that the true masters of integrated mechanized warfare was the Red Army at the end of the Second World War.

This latter subject has a chapter devoted to the whole of the Russian experience, from the disasters of 1941 to the juggernaut of 1945. Searle spells out how the Russians learnt their painful lessons and put that experience to use

There are gaps in the history, with certain wars having to be excluded no doubt for length reasons. But for anyone interested in a better understanding of armoured warfare you would be well advised to get a copy.

And if my recommendation isn’t enough take the word of Steve Zaloga, who says that it:

“….is am intriguing approach to the history of the tank…it offers a valuable international perspective on mechanized warfare.”

At time of publishing Armoured Warfare is available at Amazon.com for $30.95 and at amazon.co.uk for £21.99.